Despite repeated calls of EURACTIV.com since late last week, the European Commission has declined to provide a comment on the issue. [Shutterstock/Novikov Alex]

Despite repeated requests from EURACTIV since late last week, the European Commission has declined to provide a comment on the issue.

As part of the Renewable Energy Directive (RED) and transport’s decarbonisation push, member states are obliged to use 10% of renewables, basically biofuels, in the transport sector.

In practice, this means that people nowadays fill up their cars at service stations with biofuels blended into fossil fuel (up to 10%), basically petrol.

According to the biofuel industry, the new measures, put in place by some national governments to soften the economic impact of the coronavirus pandemic, aim to suspend the 10% of biofuels, hinting that the oil industry has been severely affected by low energy demand worldwide.

The confinement measures combined with lack of transport have taken an unprecedented toll at oil demand. According to CNN, US crude finished at an 18-year low of $20.09 a barrel on Monday (30 March).

With two parallel interventions, the European Biofuels Value Chain and the Sustainable Biofuels Alliance, both associations representing the EU biofuel industry, warned the European Commission that the worrying trend of suspending blending obligations in fossil fuels is being noticed in some member states.

“In some CEE member states, governments are now considering suspending, or have already suspended, biofuel blending mandates as a response, suggested by parties unnamed, to the current crisis, a crisis that threatens to reduce demand for liquid fuels to 50%,” the Sustainable Biofuels Alliance said in a press release.

“Suspending biofuel mandates is a polite way of saying substituting oil for biofuels,” the association said, emphasising the danger of domino economic implications in such an event.

EURACTIV was informed that Lithuania has already suspended biofuel blending while Romania and the Czech Republic are considering it.

Similarly, the European Biofuels Value Chain sent a letter to European Commission Vice-President Frans Timmermans highlighting the contribution of the biofuel industry to the fight against the coronavirus especially through its by-products, such as ethyl alcohol for hand sanitizer and biodiesel’s glycerine, crucial for the production of hydro-alcoholic gel.

“It has come to our attention that some member states are considering implementing derogations to their blending obligations. If implemented, such derogations would exacerbate the negative effects already experienced by our sectors,” the industry said.

In a letter sent to the European Commission entitled “The EU shall not let a helping hand to be bitten”, the Green Energy Platform described how EU biofuel companies have switched their manufacturing procedures to contribute to the fight against the coronavirus.

“And while biofuels producers are busy helping others and are trying to make a difference out there, there are also voices who have openly called on the governments of some member states to suspend or consider implementing derogations to their blending biofuels obligations,” the organisation said.

Last but not least, the EU farmers and cooperatives association COPA-COGECA published last week a report on the impact of the coronavirus on agriculture, warning that maintaining biofuel blending in fossil fuels is critical due to “its steady supply of protein-rich feed for animal husbandry”.

Animal feed is a co-product of biofuel production and a suspension of biofuels would therefore result in less animal feed as well. 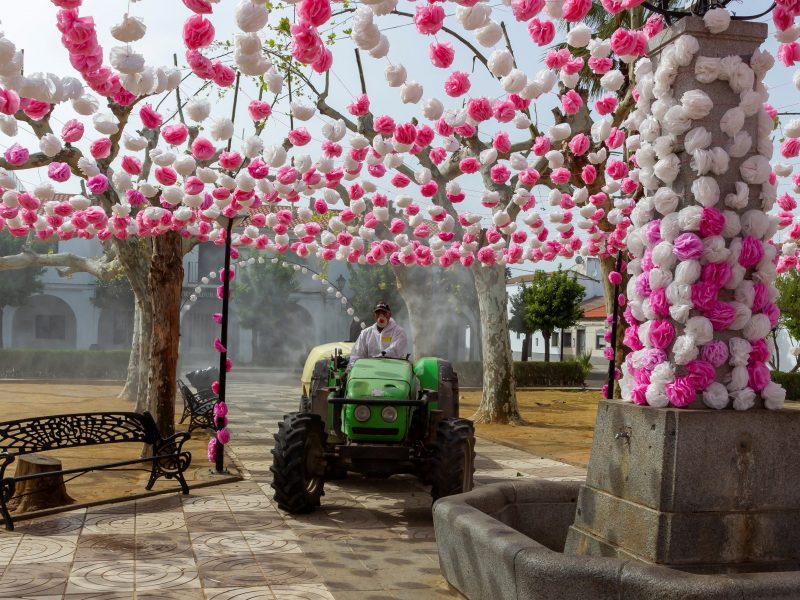