If Germany does not comply following the formal notice procedure, the European Commission will enter into the next phase which is going back to the Court with a file for fines against Germany. [Shutterstock]

The European Commission will tomorrow adopt (25 July) an infringement decisions package against Germany for continuously breaching the EU’s nitrates directive, an EU spokesperson has told EURACTIV.com.

Germany’s groundwater has been evaluated as being poor for many years because it contains too much nitrate.

The reason for this is that agricultural fertilisation is being administered via liquid manure – the nitrate can only be taken off the ground for a limited amount of time, while the rest seeps into the groundwater.

The European Commission took Germany to the EU Court in 2016 due to its failure to take action on water pollution caused by nitrates.

The EU Court ruled that Berlin had indeed violated the EU’s nitrates directive, which aims to protect water quality across Europe. In particular, it exceeded the limits set out in the directive due to the excessive use of manure as a fertiliser. 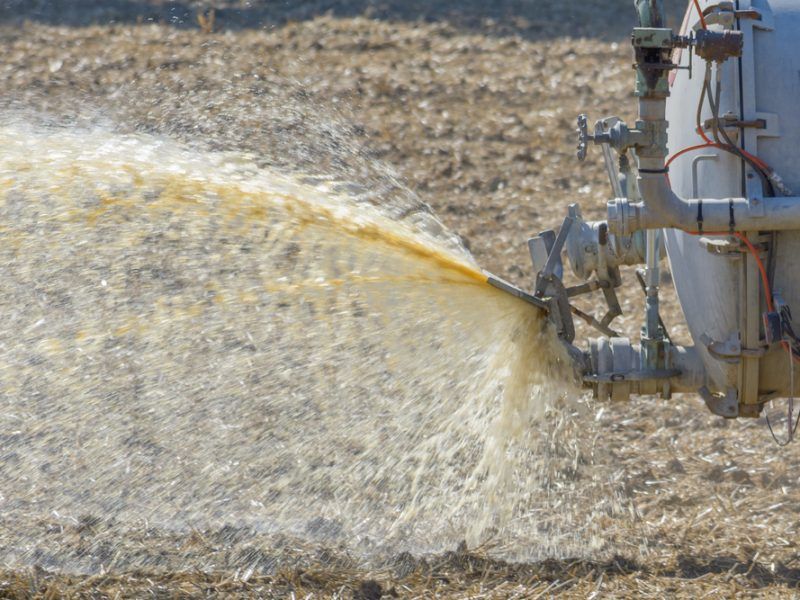 The Court of Justice of the EU (CJEU) ruled on Thursday (21 June) that Germany had breached EU law by allowing an excessive use of manure as a fertiliser, thus violating the limits set out in the EU’s nitrates directive which aims to reduce water pollution caused by nitrates from agricultural sources.

Berlin proposed a series of corrective measures to the Commission which the EU executive deemed to be inadequate.

According to the procedure, the EU executive will formally notify tomorrow the German government, which will then have two months to take a position.

If Germany does not comply following the formal notice procedure, the European Commission will enter into the next phase which is going back to the Court with a file for fines against Germany.

Germany has never been asked to pay fines because of breaches of EU law with previous cases against the country always settled at an early stage.

Contacted by EURACTIV.com, the German Association of Energy and Water Industries (BDEW) said the only solution was for the European Commission to mount pressure to enforce the full implementation of the EU legislation.

“The European Commission made it very clear that the measures which have been proposed by Germany, are far from sufficient to sustainably reduce the nitrate pollution of soils and water bodies,” BDEW General Manager Martin Weyand said.

“We advise the German Federal Government to follow the ECJ judgement and to implement swiftly the EU Nitrates Directive. Otherwise, there is a serious risk of billions in fines. These would have to be borne by the consumers for an irresponsible agricultural policy,” he added.

According to Weyand, specific measures should be pushed forward such as the identification and official declaration of nitrate-vulnerable zones without further delay, the publication of measures, which will effectively reduce nitrates pollution, mandatory nutrient flow balances for all agricultural operators, as well as a binding European catalogue of measures to reduce “manure tourism”.