“In the fields and in many food processing plants, labourers toil in close proximity, with no protective equipment,” a joint statement signed by 30 organisations said [SHUTTERSTOCK]

On Thursday (16 April), thirty organisations co-signed a joint statement calling for urgent measures and structural reforms to address the impacts of the novel coronavirus pandemic on EU agriculture and agri-food workers.

It called on the EU Commission to address as “a matter of urgency” the situation of agri-food workers during the COVID-19 pandemic, saying that the working and living conditions of many labourers along the food supply chain, and in particular in agriculture, are “generally sub-standard.”

Across the EU, there are some 4,7 million workers in the food sector.

European agriculture depends to a large extent on migrant workers, many of them undocumented, who make up a significant proportion of those picking fruits and vegetables as well as packing and processing food.

Owing to travel restrictions imposed during the COVID-19 outbreak, a significant number of countries across the EU have reported issues resulting from a lack of workers in the sector.

In a bid to avoid produce going unharvested or being wasted, and avert any potential food shortages, the European Commission has recently clarified that seasonal labourers from third countries are exempt from the temporary restriction on non-essential travel to the EU.

Most recently, the UK has taken the decision to fly in workers from Eastern Europe, amidst concerns from farmers that helping hands were lacking in the run-up to the soft fruit harvest. 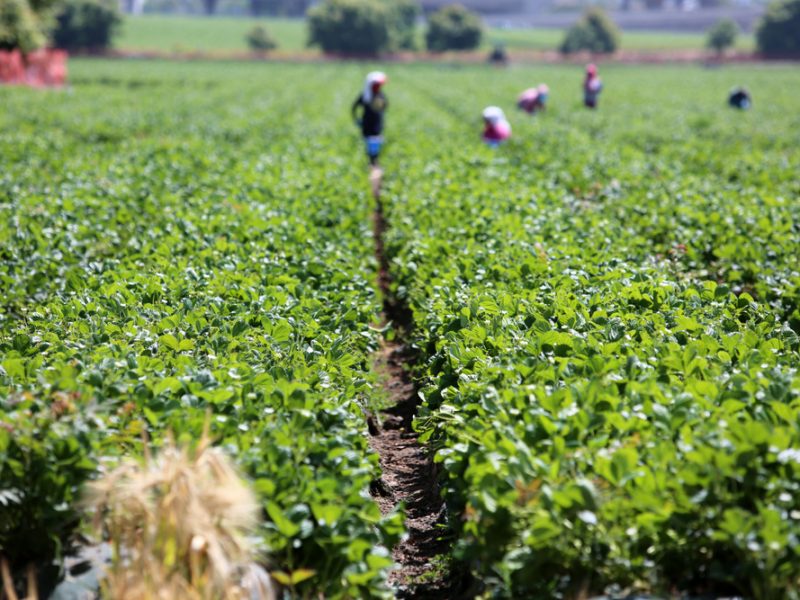 However, concerns regarding the safety of these workers have been mounting.

“In the fields and in many food processing plants, labourers toil in close proximity, with no protective equipment,” the statement said, adding that the working conditions mean that these workers are at heightened risk of contracting the virus.

“The EU and the member states should do whatever it takes, including mobilising additional funding, to ensure decent accommodation, access to water, rapid testing and the provision of protective equipment for workers in European fields and processing plants.”

It also urged the European Commission to encourage national governments to grant permits to undocumented workers, who it says are the “most vulnerable part of the pool of exploitable labour already in the EU” and who are excluded from accessing subsidised services in many member states.

“In most EU countries, the suspension of asylum and immigration procedures due to the pandemic has thrown millions into limbo and may deprive many of papers,” it said. 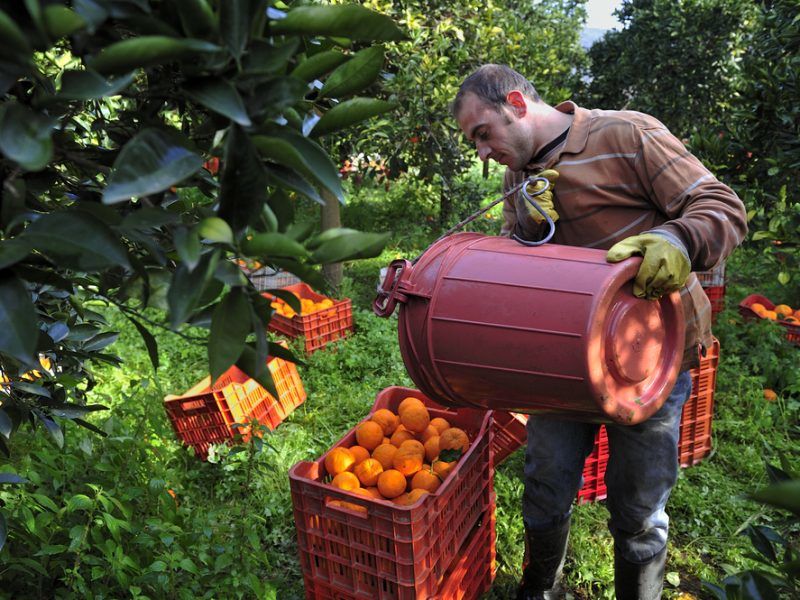 They said the best practice precautions that companies in the food sector should put in place have not been obvious and added that owing to the design of some factory lines and agricultural harvesting procedures, it can be a challenge to enforce the recommended social distancing measures.

Will Surman, a spokesperson for FoodDrinkEurope, told EURACTIV that while the food sector “does not and will not stop,” the health of employees is the first priority.

“We must ensure they have safe and proper working conditions to maintain their own health and to avoid the spread of the virus to others.”

“The guidelines, that we have developed in partnership with the trade unions body EFFAT, will help ensure continued high levels of worker safety,” he said.