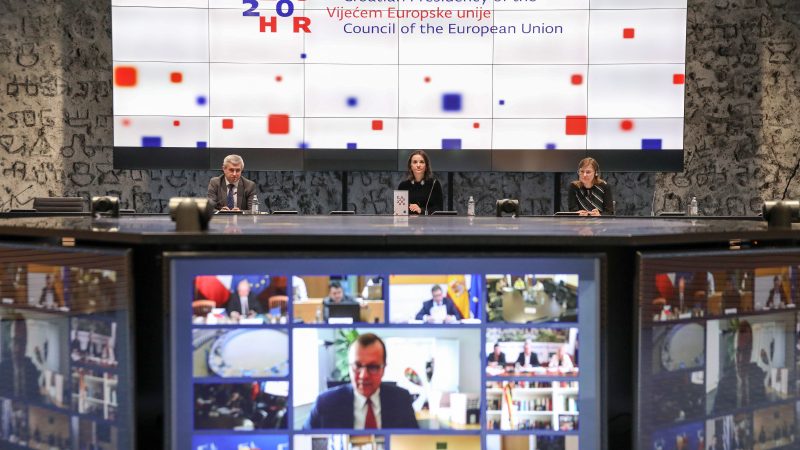 On Wednesday (25 March), the 27 farm chiefs joined an extraordinary videoconference to assess the impact of coronavirus outbreak on agriculture and fisheries sector. [EU2020HR/FILIC]

On Wednesday (25 March), the 27 farm chiefs held an extraordinary videoconference to assess the impact of the coronavirus outbreak on agriculture and fisheries sector and discuss measures taken so far at the national and EU level, as well as those to be put in place in the coming weeks.

“After today’s exchange, we have a clearer idea of the situation,” said Marija Vučković, agriculture minister of Croatia, which currently holds the rotating EU presidency, adding that at this stage is crucial to identify critical obstacles caused by the pandemic.

Agriculture Commissioner Janusz Wojciechowski reassured the ministers he will do everything in his powers to protect the EU farming sector, the food chain and rural businesses.

“Whatever measures we are applying now to overcome this crisis, we have to be very prudent,” he warned, calling for prudence when it comes to budgetary and financial matters at this stage.

“We are only at the start of this crisis and no one can foresee at this point in time what will follow and how long the crisis will last and how it will affect the sector in two, three or four-month time from now,” the Polish Commissioner told the ministers.

The Commission has reviewed the measures adopted so far to bring relief to operators in the agri-food supply chain, including the extension of the deadline for Common Agricultural Policy (CAP)’s payment and the ‘green lanes’ with border crossing checks that will not exceed 15 minutes for certain priority goods.

During the meeting, the Commission announced an extension by another month of the deadline to submit the single application for direct payments in 2020.

The EU executive also adopted a temporary framework for state aid, increasing the ceilings for public support to agriculture.

Considering the de minimis arrangements already allowed, the total national support that can be granted per farm adds up to €120,000, and €125,000 in specific cases, under the temporary framework.

Wojciechowski also informed ministers that other market support measures could be put in place, such as public intervention, private storage aid (PSA), withdrawals, as well as exceptional market measures available under the CAP.

“I will not hide from you that if such measures prove necessary, they will have budgetary implications,” added Wojciechowski. “This has to be looked at and assessed when necessary.” 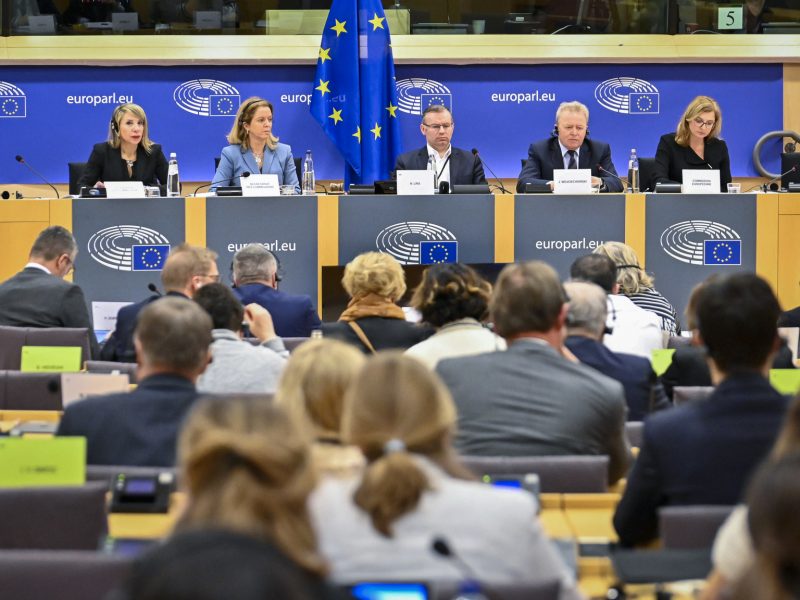 However, member states requested further additional measures in response to the coronavirus crisis, including the simplification of or derogation from certain procedures and the modification of rural development programmes.

On rural development, Wojciechowski reminded the ministers that flexibility is already possible within the current regulation and that the Commission has put in place an accelerated process that will enable national administration to adapt their program to the current situation.

Italy, one of the countries most affected by the coronavirus, said the current emergency cannot be tackled with the instruments activated in the past to deal with natural disasters or market crises.

In order to respond to the mutated scenario and the new needs of farmers, Italy’s agriculture minister Teresa Bellanova mentioned the need for an extraordinary agricultural programme to be implemented through extraordinary resources outside the CAP, the re-modulation of EAGF  [European agricultural guarantee fund] funds and reprogramming of uncommitted rural development resources.

“We need a common intervention strategy, considering the different scenarios in the short, medium and long term and starting with the CAP, which, as never before in recent weeks, is once again a strategic priority,” she said.

Farmers’ organisation COPA-COGECA was invited to the videoconference to present a report on the impact of COVID-19 crisis in the farming sector.

COPA-COGECA secretary-general Pekka Pesonen emphasised the importance of maintaining a Single Market that functions properly, including the workforce, inputs, such as feed, seeds, plant protection products (PPPs), fertilisers, pharmaceutical products, spare parts, and output, such as agricultural goods in the EU and internationally.

“If restrictions are properly justified by public health, it will certainly be much cheaper to resume trade rather than introduce more expensive and less targeted EU market management measures,” he said.

“The planting and picking season starts now and we need a solution for this,” said Wojciechowski, adding that the logistical aspects are all-the-more important due the perishability of the products.

The Netherlands also raised the topic of disruption in the EU ornamental sector, representing 760.000 jobs and a turnover of €48 billion.

In particular, the flower market is about to collapse as it doesn’t get any subsidies and does not have access to the Common Market Organisation (CMO) regulation, the so-called safety-net in case of market crisis.

In the Netherlands alone, demand for flowers, fruit trees and potted plants has dropped by 80% but other important production countries are also Italy, Germany and France.

The Dutch propose to apply the measures of the horticulture sector to flowers, in order to cope with the crisis.