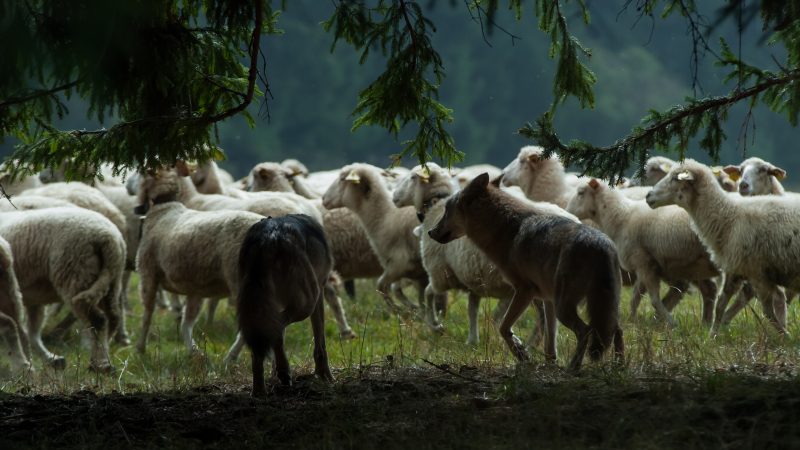 “We can't afford to stand by and do nothing - livestock will simply not be viable anymore in large parts of Europe," warned Dutch MEP Bert-Jan Ruissen. [SHUTTERSTOCK]

A thriving European wolf population has reignited tensions with the EU farming community, leading European lawmakers to call for a reconsideration of the wolves’ high protection status in the EU to the chagrin of conservationists.

The wolf is currently afforded strict legal protection status in the EU Habitats Directive, which helps conserve Europe’s most vulnerable and valuable species across the bloc.

This means that all forms of deliberate capture or killing of wolves in the wild are prohibited.

However, according to Norbert Lins, chair of the European Parliament’s agriculture committee, rising conflicts between farmers and wolves means it has “now reached a stage where it’s going to be necessary to revise the Habitats Directive”.

According to a draft motion for resolution on the protection of livestock farming and wolves, tabled by Lins, member states should be given the “necessary flexibility to allow concrete measures” to effectively resolve conflicts of co-existence.

The motion for resolution received a broadly favourable response when aired in the European Parliament’s agriculture committee (AGRI) on 10 January.

The committee is now set to vote on the amended resolution on 28 February, followed by a plenary vote in Strasbourg the week of 7 March.

“Agriculture is particularly affected by this and we see an increasing number of attacks on domesticated animals with great concern,” Renew’s Ulrike Müller said, while MEP Herbert Dorfmann stressed it “should not be taboo to discuss the need for managing these populations”.

Dutch MEP Bert-Jan Ruissen, a fervent supporter of the resolution, highlighted the impact that wolves are having in his home country, where confrontations between wolves and livestock have become increasingly common in recent years.

“We can’t afford to stand by and do nothing,” he said, warning livestock farming will “simply not be viable anymore” in large parts of Europe.

Meanwhile, the EU farmers association COPA-COGECA also warned in a statement that, despite efforts from farmers and authorities, the strict protection status of large carnivores renders the measures ineffective while the actions taken so far to establish a harmonious coexistence between humans and wild predators have been insufficient. 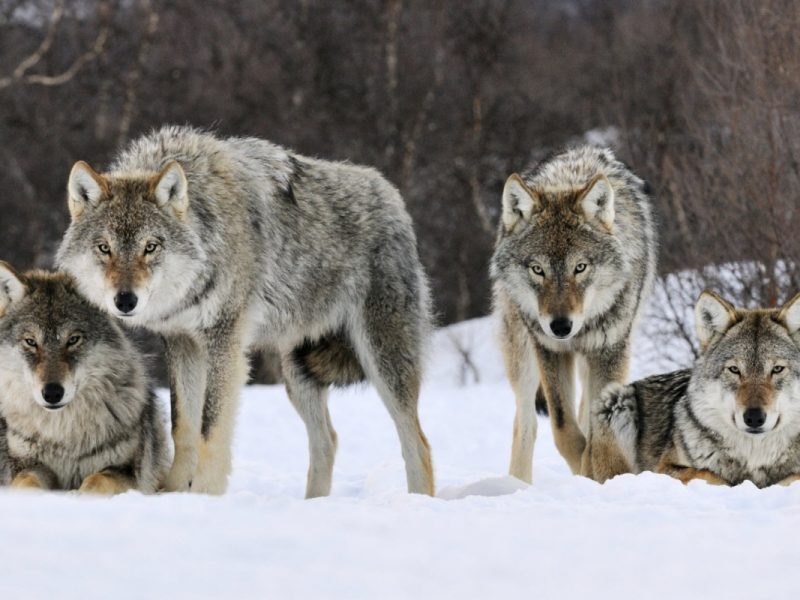 The Bulgarian Academy of Sciences (BAN) has stated that the report the government has sent to Brussels in relation to the EU’s Natura 2000 nature protection project is an “outright fake”, thus fully confirming the findings on an earlier investigative report by EURACTIV Bulgaria.

This is not the first time that MEPs have called for such measures.

Addressing a 2018 Parliamentary question on the subject, the Commission stood firm in its convictions that coexistence with large carnivores is the way forward.

Likewise, in an update on its guidance on species protection, released in October of 2021, the Commission stressed the wolf is an “integral part” of Europe’s biodiversity and plays an important ecological role.

This approach is backed by Dutch ecologist and wolf expert Glenn Lelieveld, who stressed that lowering the status of wolves could create more problems than it solves.

“You don’t solve [the issue] by shooting individual wolves,” he told EURACTIV, emphasising that this does not necessarily limit the damage caused by the animals.

For example, killing the parent often leaves the young without proper guidance. This means they are not taught to hunt properly, which actually increases the risk of them targeting sheep as the ‘low hanging fruit’, he explained.

The economic justification also does not hold up to scrutiny, according to Lelieveld, who pointed out that wolves account only for 0.2% of damages paid for the loss of crops or livestock.

Lelieveld also warned that farmers risk playing with fire if the protection status of wolves was lowered.

“Farmers would still require a permit to shoot wolves, and the penalty is really high if you shoot the wrong animal,” he said, pointing out that this carries a six-year jail sentence.

Instead, Lelieveld advocates what he says is a tried and tested strategy to protect sheep using a combination of electric fencing livestock and guard dogs, as well as concerted efforts to educate the public and the farming community, something he says is sorely lacking.

“Instead of blaming the wolf for showing its natural behaviour, you should think about how we can act ourselves and take responsibility,” he said.

Meanwhile, Joanna Swabe, senior director of public affairs at Humane Society International Europe, stressed that unruly wolves must not be “sacrificed on the altar of economy” and any decision on changing their conservation status must be scientific, not political.

Asked by EURACTIV, an EU official confirmed that it is possible to finance measures to help protect livestock from wolves under the new Common Agricultural Policy (CAP) national strategic plans (see background below).

However, it is up to individual member states to put this in their national strategic plans.

Lelieveld pointed out that some, including France, have chosen to do so, while the Dutch government has opted not to.

Acknowledging the missing provision on wolves, MEP Ruissen told EURACTIV that the EU and member states must offer 100% compensation for all costs, but that this in itself will not solve the problem.

“Wolves know the ways to get around obstacles and it is impossible to place high fences throughout the whole rural landscape,” he warned.

Meanwhile, the Dutch permanent representation explained that support is not offered in the plan as it is a provincial competence, but confirmed that the Netherlands is currently working on an update to its wolf plan, expected in summer 2022.