They stress that this can help farmers reduce their use of pesticides in line with the ambitions of the EU’s new flagship food policy, the Farm to Fork strategy.

The strategy, released in May this year, stipulates an EU-wide target of a 50% reduction in the use and risk of all chemical pesticides by 2030. While this ambition has been welcomed by many stakeholders, questions are turning to how this can be achieved in practice.

One promising solution includes the use of drones for the targeted application of pesticides.

Agricultural spraying drones have been tested in Europe and worldwide for years.

Preliminary results suggest that drones could provide farmers with a precise tool to further reduce inputs and increase safety, both for the environment and operators, in line with the priorities of the Green Deal, according to farmers’ association COPA-COGECA.

The association emphasised in a letter sent earlier this year that drones “seem to be a highly valuable tool for precision farming,” highlighting that this is particularly the case in vineyards and orchards in steeply sloped areas, where the use of conventional technologies is “difficult or impossible”.

Christoph Raab, executive director of Drone Alliance Europe, told EURACTIV that “a drone can fly extremely low over any agricultural fields (one metre and less), it can fly slowly and manoeuvre more precisely than a helicopter or aeroplane and its rotors create only a fraction of the turbulences a helicopter does”.

Practising precise aerial application of pesticides with drones would “very likely allow a reduction of phytosanitary products”, he said.

Similarly, a 2018 report from the European Commission highlights that the ability of drones to easily adjust their altitudes and flight paths according to the surrounding topography and geography makes them well-suited for crop spraying.

The report also says that “experts argue that crop spraying by drones may be up to five times faster than with regular machinery”.

However, drones are currently not being explored to their full capacity due to restrictive regulation.

The SUD lays out the legal framework for testing the application of this technology.

Although the provisions of the SUD, which was written back in 2009, do not specifically mention the use of drones for pesticide application, Article 9 prohibits the application of pesticides by aerial spraying unless a derogation is granted under special circumstances.

In practice, this means that no forms of aerial spraying, manned or otherwise, are permitted under the SUD.

However, it does acknowledge that a derogation to the ban is possible “where it represents clear advantages in terms of reduced impact on human health and the environment in comparison with other spraying methods”.

This has been taken advantage of by some European countries, such as Switzerland, where authorities have given a three-year permit to the Swiss Agricultural Institute to investigate aerial spraying via drones in vineyards. 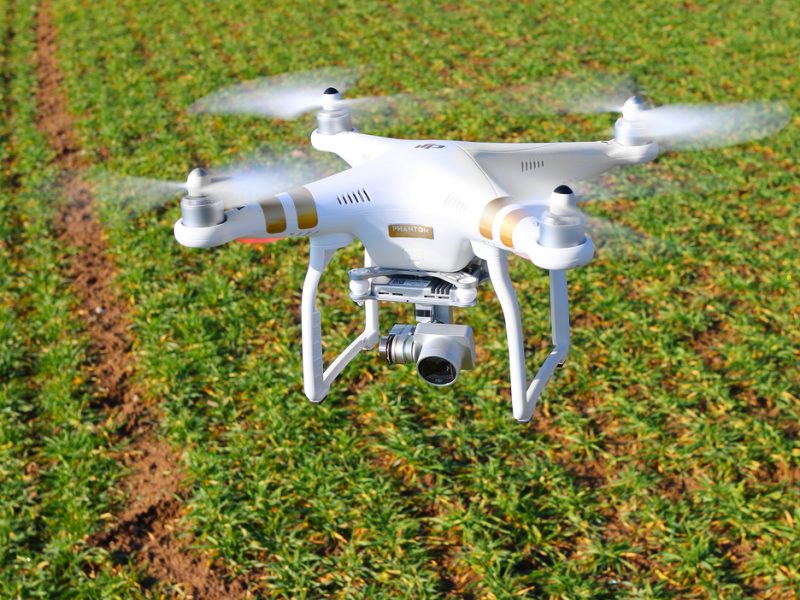 Agricultural drones are gradually 'taking off' in France

France is experimenting with drones as a means of spraying pesticides so that by 2021 it may launch the practice as it could lead to more precise treatments, as well as a reduction in the use of phytosanitary products. EURACTIV France reports.

But very few testing authorisations have so far been granted at national level under very strict conditions.

Pekka Pesonen, secretary-general of the farmers’ association, told EURACTIV that this “slows down the deployment of this technology in Europe,” while other countries like China, Canada, and the US seem to have gained a “major advantage” in this field.

He expressed concerns that this may “reduce EU farmers’ competitiveness at the international level” in the long-term.

In order to unlock the full potential of unmanned spraying systems, the association is calling on the EU Commission to start a reflection on the current legislation’s adaptability to the latest progress in drone technology through “continuous exchanges with member states and clearer guidance on the application of the directive”.

While it is true that the Farm to Fork strategy says it will revise the SUD to “promote greater use of safe alternative ways of protecting harvests from pests and diseases,” it does not specify what exactly this will entail.

However, EU sources told EURACTIV that the use of drones for aerial spraying is “being considered in the context of the review of the SUD – if benefits are demonstrated and risks are mitigated”. But they say that, as it currently stands, member states have not provided any evidence of benefits of use, or of the general application of pesticides, but only of trials ongoing.

A reconsideration of the SUD is something that Drone Alliance Europe’s Raab considers both desirable and feasible, saying it would “seem quite possible in the light of the above advantages that drones represent over airplanes and helicopters in the context of sustainable use and the exact definition given in the directive”.