While the discussion has mainly focused on nutrition and animal welfare labelling, stakeholders are calling for the consideration of an EU-wide origin label to help consumers support the European livestock sector. [SHUTTERSTOCK]

Adding another element to the current food labelling debates in the EU, stakeholders have called for an EU origin label to be part of the discussion, saying this would encourage consumers to support the European livestock sector.

As part of its flagship food policy, the Farm to Fork (F2F) strategy, the European Commission places a strong emphasis on the role of labelling.

While the discussion has mainly focused on nutrition and animal welfare labelling, stakeholders are calling for the consideration of an EU-wide origin label to help promote the European livestock sector.

In the F2F strategy, the Commission states it will “consider to propose the extension of mandatory origin or provenance indications to certain products, while fully taking into account impacts on the single market”.

Several EU countries have recently introduced national measures to specify the origin of certain categories of food such as milk or some main ingredients of food products, which has prompted concerns from the Commission over its potential to fragment the EU single market. 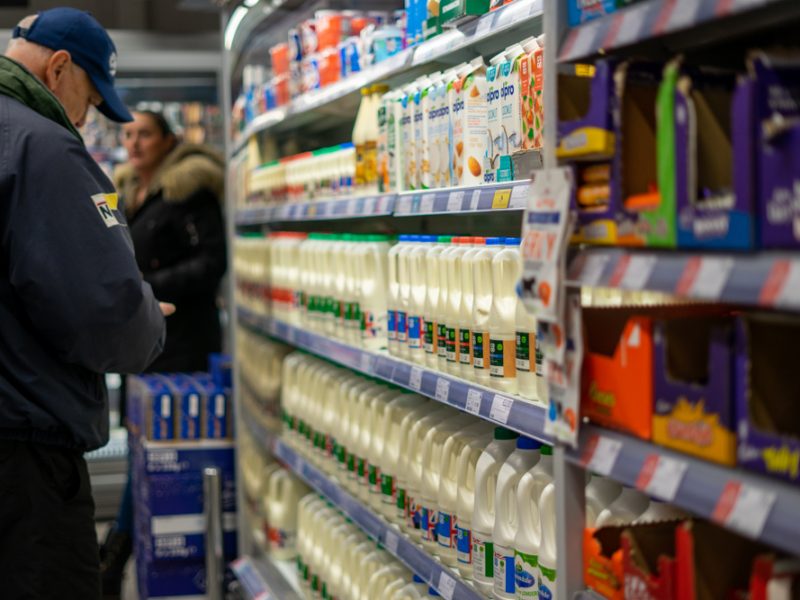 EU Court: Origin labelling for food allowed only if 'justified'

National measures requiring mandatory labelling of origin and provenance for foodstuff are allowed under the EU law but needs to be justified, Europe’s highest court has found.

However, during a recent EURACTIV event on the role of the poultry sector in the F2F strategy, stakeholders in the livestock sector instead called for the consideration of an EU origin label.

Birthe Steenberg, secretary-general of AVEC, the voice of the EU’s poultry sector, outlined how this kind of label could help support the sector.

“We would really like it if there were labelling for EU vs. non-EU. And then if it’s non-EU, the country it comes from,” she told the participants, stressing that this would give consumers the opportunity to make an informed choice.

She added that this was especially important in the foodservice industry, as the poultry meat served in canteens, hospitals and restaurant might very easily come from a third country.

“25% of the poultry breast meat we eat in the EU is imported from third countries, and this import goes into the foodservice industry, so it ends up in canteens or in processed products,” she said.

Her comments come on the back of increasing concerns that the demands of the F2F strategy could place an additional burden on the European poultry sector, which may then be undercut by cheaper imports of chicken that do not meet the standards of animal welfare and sustainability found in the EU.

Likewise, Frederic Leroy, a professor of industrial microbiology and food biotechnology at the Vrije University in Brussels, said that despite not being generally in favour of labelling, he supports the idea of traceability labelling, saying that it is “important for people to know where products come from and how they are produced”.

Sabine Juelicher, director of food and feed safety at the Commission’s DG SANTE, said she found the concept on an EU origin label interesting but warned that informing consumers is not a straightforward task and multiple labels run the risk of overloading with information.

Instead, she advocated for a form of sustainability labelling, saying that this is “the intermediate endpoint” of the Commission’s thinking. She added that it is not always easy for consumers to discern the most important elements of sustainability.

“We want to make it easier for the consumer to know they wouldn’t have to look for a health label and animal welfare label and environmental label, but they could look at one at one place and see, is this basically sustainable or not?” she said, although she acknowledged that this is very challenging.

However, Juelicher did highlight the role of the proposed animal welfare label, saying that this can help reinforce the existing framework on animal welfare.

This is something panellists welcomed in general, although they cautioned this focus on labelling could risk overwhelming consumers with too many labels.

“I think it’s something that should definitely be explored,” said Jonty Whittleton, global head of campaign farming at the NGO World Animal Protection.

“But what we don’t want to have is too many labels and the consumer getting confused, and instead just switching off and choosing the very cheapest product. So I think we need to tread quite carefully there”, he warned.