Lawmakers on the European Parliament’s Agriculture Committee (AGRI) reacted angrily as their colleagues on the Environment Committee (ENVI) decided to halt cooperation on the post-2020 Common Agricultural Policy (CAP) file.

In a letter seen by EURACTIV.com, the ENVI chair Pascal Canfin communicated to his counterpart in the AGRI, German MEP Norbert Lins, that his committee had decided against working jointly on the Strategic Plans regulation, one of the three legislative pieces of the CAP reform.

This dossier is crucial as it contains the provisions on the new CAP delivery model, including those that are intended to raise the EU’s level of ambition on the environment and climate objectives in the farming sector.

The decision to withdraw the ENVI shadow rapporteurs from the talks was taken by the committee’s group coordinators on Wednesday (10 June), who considered the gap with AGRI as unbridgeable, particularly on the articles related to the so-called ‘Green Architecture’ of the CAP.

“The current work structure is put to a halt, both at technical and political level, with immediate effect,” the letter states.

According to the ENVI coordinators, compromise amendments on the CAP ahead of the final vote in the European Parliament’s plenary should be agreed by political groups, regardless of which committee they are on.

The showdown on the post-2020 CAP reform is expected to reach the plenary after the summer break, but this decision could slow down the process further. 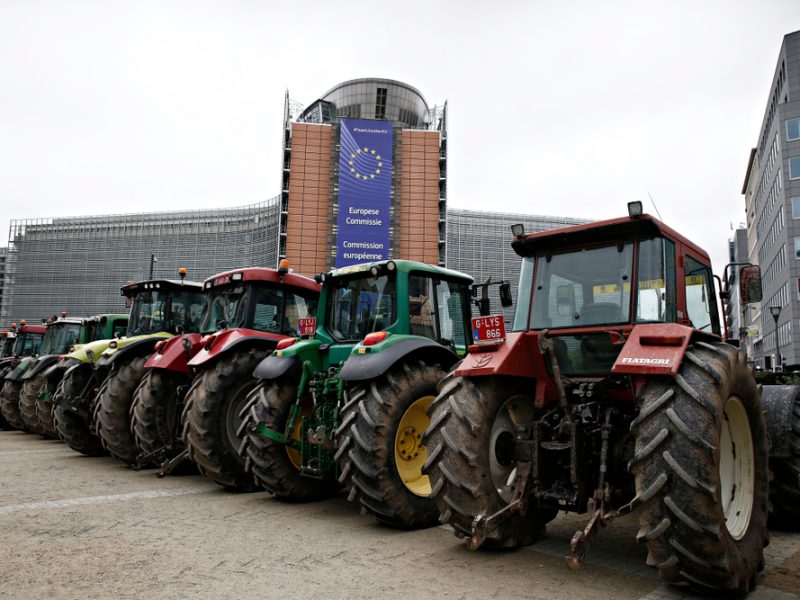 The coordinators of political groups on the European Parliament’s agriculture committee agreed on Monday (30 March) to hold a plenary vote on the post-2020 Common Agricultural Policy (CAP)  “after the summer break”, according to a document seen by EURACTIV.

In the past months, the two committees clashed on several occasions, for instance when the AGRI committee gave the green light to Janusz Wojciechowski as Agriculture Commissioner while all ENVI coordinators voted against the Polish nominee.

In the letter, Canfin also informed colleagues on the Agriculture committee that ENVI coordinators agreed to share competence on the Farm to Fork (F2F) Strategy, the new EU food policy.

Despite this last olive branch, during the monthly AGRI session on Thursday (11 June) MEPs expressed surprise and concern over the ENVI decision and lent their support for continuing negotiations on CAP.

EPP coordinator Herbert Dorfmann expressed and surprise at the decision, saying that from the feedback he had heard from rapporteurs, he had understood that things were working well.

He added that discussions with ENVI had been taking place for “weeks, months” and that, as such, the agreement has to stand.

“We can’t allow all of this to start again, who is in charge of what, and if specific political groups have internal arguments and want to stop the whole process, then that’s not necessarily our problem,” he said, stressing that this should not allow the path to be veered off course.

Likewise, Ulrike Müller, the AGRI Committee coordinator for Renew Europe, said that the two Committees had been on the “right path” and that “everyone was working towards the interest of European farmers,” adding that she did not accept the decision and wanted negotiations to continue.

Finally, socialist MEP Paolo De Castro stressed the importance of continuing negotiations, adding that he could see no reason why they should all go their separate ways and is hoping they can continue in the “spirit of cooperation”.