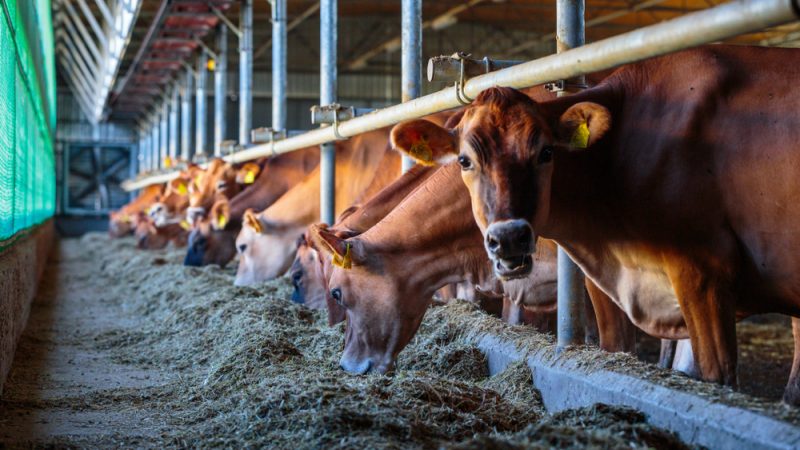 The situation had originally turned sour when environmentalist groups and animal welfare NGOs started to accuse the livestock sector of killing the planet with environmentally unfriendly industrial farming, and of killing citizens with an unhealthy overconsumption of meat products, in addition to the suffering that animals experience as part of the industry.

However, a multi-stakeholder group in the livestock food chain are not bowing to this narrative and have started a campaign “to restore balance.”

The campaign European Livestock Voice brings together sectors ranging from animal health to breeding and provides an online platform with FAQ-format information on livestock in Europe.

And since all is fair in love and war, the campaigners have presented the platform by claiming that practices including disinformation, fake news, myths and stereotypes on livestock farming, have been spread on social media and in the press.

Call it meat pride or name it as you like, the main goal of the campaign is to try and tell the other half of the story, addressing the threat of a ‘livestock exit’, as they call the potential phasing-out of animal farming in Europe.

The focus is, indeed, on the consequences of opting for a livestock-free scenario, highlighting what Europe would be missing out from, starting from the social and economic contribution of the sector to the rural areas.

Campaigners want to catch up on the communications gap they think was created as the animal farming sector did not handle the transition from an industrial society to an information society well.

“Maybe the agricultural sector has not been very good at informing others what they were actually doing,” a campaigner explained.

Alexander Bernhuber is a 27-year-old farmer in Austria elected for the first time as an MEP with the Österreichische Volkspartei, affiliated to centre-right Europe’s People Party (EPP).

Surprisingly, he decided to sit in Parliament’s Environment, not  Agriculture Committee and, indeed, in his words, he always points out farmers’ role in coping with environmental issues.

“Personally, I strongly support a regional, European meat production, as it guarantees safety to our farmers but it is also a real solution in the fight against climate change,” he said during the launch event of the online platform.

He described livestock as “a lifeline” providing jobs and income in rural areas, but at the same time, he noticed an increasing information gap between consumers and producers.

“Nowadays the challenge is to communicate the nutritional, economic and environmental benefits of livestock farmers to consumers,” he said.

Another fresh face is Jérémy Decerle, a newly-elected MEP who is also a breeder of Charolais kettle in France.

He tried to draw the attention on the dangers of the steady agri-bashing that the livestock sector is facing at the moment, mentioning the case of three poultry houses burnt down in Normandy some weeks ago.

“We must remember that farmers are feeding our citizens and that is unacceptable to see such increased violence against them,” he said.

He also highlighted the need to include animal farming in international negotiations, as it is more and more difficult to manage competitiveness from the global market.

“We have to take animal farming seriously, trade is not just about Mercedes,” he said.

High on the agenda

Livestock farming and particularly animal welfare are important topics for the next EU Agriculture boss Janusz Wojciechowski, who in the past has chaired the European Parliament’s intergroup on the welfare and conservation of animals and has conducted an audit on animal welfare during his days as EU auditor.

During his hearing, Green MEP Francisco Guerreiro asked if he agreed on the need for a new animal welfare strategy, with the Polish saying that the most effective system is to encourage farmers to improve animal welfare standards through voluntary actions.

He also spoke about less density in animal farming, as well as less summer grazing.

First vice-president of the Commission Frans Timmermans was recently questioned about the issue of prioritising the quality of meat products over the quantity, during his hearing at the European Parliament.

“This is something that came from farmers themselves, it is not something we have to impose to them,” answered Timmermans.