De Castro: "It was now or never and I am happy that in spite of all the pressure in recent weeks from the supermarkets lobby to kill this legislation, the Parliament has given us a green light to finalise the work." [European Parliament]

With 428 votes in favour and 170 against, the European Parliament plenary approved De Castro’s report, following heated debates with EU retailers in recent days. The first trilogue meeting will be held later on Thursday.

The Italian MEP told EURACTIV.com on 18 October that if the bill failed in Parliament this week, the next session would be in November, meaning that trilogues could only start in December, in the final days of the Austrian EU Presidency.

“We will, therefore, have to start from scratch with the new Romanian EU Presidency and the last EU Parliament plenary will be in March,” he said.

Following today’s vote, De Castro said “it was now or never and I am happy that in spite of all the pressure in recent weeks from the supermarkets lobby to kill this legislation, the Parliament has given us a green light to finalise the work on new rules that our farmers so desperately need to cut the unfair trading practices from the food supply chain.” 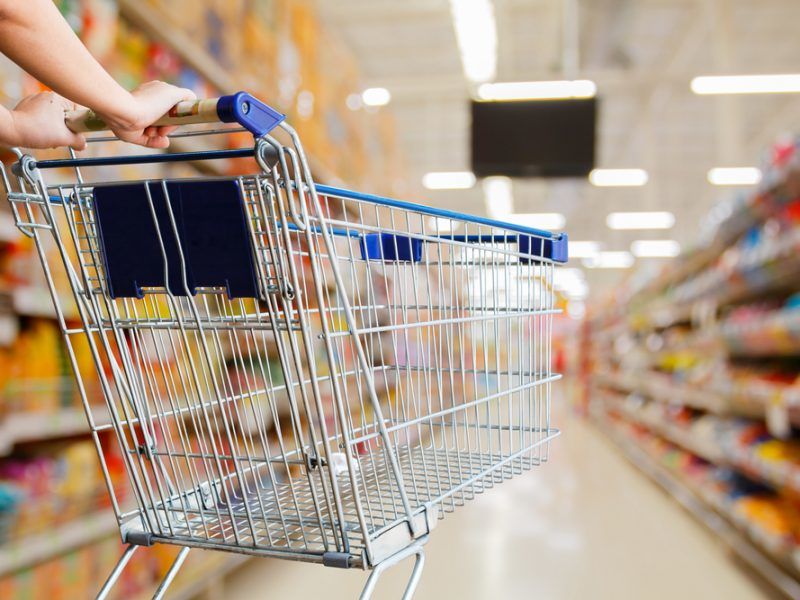 “Now we need to start trilogue talks immediately and to finalise them by Christmas. This is our only window of opportunity to be able to make it before the EU elections.”

The mandate pleased the farming community: “Congratulations to Paolo De Castro and all the MEPs for the vote of the mandate to negotiate the Unfair Trade Practices Directive. Such a wide majority gives a strong legitimacy to the EP negotiators to improve the initial proposal of the Commission,” think-tank Farm Europe tweeted.

Delighted that @Europarl_EN voted to allow negotiations on #UTPs to proceed to #cuttheunfair – first meeting is this afternoon. We need to rebalance power in the food supply chain @farmersjournal @AgrilandIreland @farm_ireland pic.twitter.com/Ht6r9GWFII

The European Commission presented its much-awaited proposals for a directive to tackle unfair trade practices in the food supply chain last April.

On 24 October, several MEPs together with French farmers’ organisation (FNSEA), EU Young Farmers (CEJA) and Copa-Cogeca gathered in front of the EU House in Strasbourg to push for De Castro’s report.

“National experience shows that we can act to prevent UTPs and rid the food chain of such oppressive actions,” FNSEA’s Vice president Hervé Lapie said.

“Twenty member states currently have legislation in place successfully addressing UTPs directly or indirectly. None of them imposed an economic size limitation in their scope of application. None of them have reported an increase in food prices for consumers or a downgrade in standards in food production or animal welfare,” he added.

EuroCommerce, which represents the retail and wholesale sectors in Europe, believes that the scope of the directive should not be expanded to multinational companies, but rather be limited to farmers and retailers.

But for De Castro and EU farmers association Copa-Cogeca, the scope should be expanded to all operators as “unfair is unfair for all”.

“We have 20 national laws on UTPs in Europe in different member states. All these national laws have no limits, so why must there be limits in the directive?” De Castro wondered.

EU retailers, who reportedly tried to block a vote this week by contacting a number of EU lawmakers as well as NGOs, do not share this view.

EuroCommerce issued a strong statement lashing out against multinational companies.

“The Parliament mandate, as adopted today, prohibits 58 practices by buyers and none by large sellers, leaving retailers and consumers defenceless against unfair treatment by multinational manufacturers.”

“Many of these changes have been pushed for by global brand manufacturers with the aim simply of increasing their returns to shareholders. This is not about fairness, and we call on negotiators to make sure that the final text adopted brings positive results for consumers, SMEs, farmers, and European jobs,” EuroCommerce said.

Why extending #UTPs dir to multination industry is not right? ➡️Large multinational manufacturers 🏭 fragmnt the #singlemarket 🇪🇺 by forcing #retailers 🛒 2 purchase their products domestically, enabling them 2 maximise profits at the expense of #consumers! #retailers4farmers pic.twitter.com/d1VOIqsfYU

Following the European Parliament vote, the EU consumer organisation (BEUC), commented, “We are disappointed with the outcome of today’s vote. This is a very complex debate and the stakes are high. The entire European Parliament should have taken the necessary time to scrutinise the AGRI committee mandate.

“No one disputes the need to protect small farmers and food producers against unfair trading practices in the food chain. But the AGRI report includes far-reaching amendments to the original Commission proposal which could result in less choice and higher prices for consumers. This is not our vision of a fair food chain. But it is not over yet. There is still time to reverse this unreasonable development. We expect EU governments, in their negotiation with the European Parliament, to refocus this proposal on what it originally was about: improving the position of small suppliers in the food supply chain, not risking higher prices and less choice for consumers.”