The project lasted 30 months and has now come to an end. But fishermen have continued their touristic activities and tourists can use a mobile application to book their fishing holidays. [Shutterstock]

Faced with steadily declining fishing stocks, Mediterranean fishermen are exploring new ways to improve their income. An EU-funded Interreg MED project plans to help fishermen to do so through tourism. EURACTIV.com reports from Athens.

TOURISMED is a project which seeks to introduce fishing tourism in coastal territories of Italy, Cyprus, Greece, Albania, France and Spain. According to the project, this is a way to “promote a sustainable approach to tourism, while fostering the preservation of the marine ecosystem and the traditional fishing culture of the Mediterranean region”.

“It is basically an idea on how to give fisherman in the Mediterranean Sea an opportunity to have an extra income from tourism,” Alessandro Melillo, an expert working on the project, told EURACTIV.

Melillo came up with the idea after he spoke to fishermen in Sicily as well as his personal desire to enjoy his stay in the region. He said it’s not a typical project that is being written behind closed doors.

“We collected information about fishermen’s needs. They told us that the quantity of fish in the Mediterranean Sea has been dramatically reducing. With the fish they catch every month they cannot survive”, he said.

When Melillo, who used to live in the centre of Sicily, moved to the coastal area of Trabia, he found he could not access the beach due to the high number of illegal buildings and private beaches. “The public beach is literally 200 square meters,” he noted.

“I wanted to enjoy the sea as a tourist and fishermen could not survive. Then I said let’s put these two problems together and find a joint smart solution,” he said.

“When we contacted partners in other countries we realised that the problems fishermen are facing are more or less the same and, thus, the project was initiated,” he added. 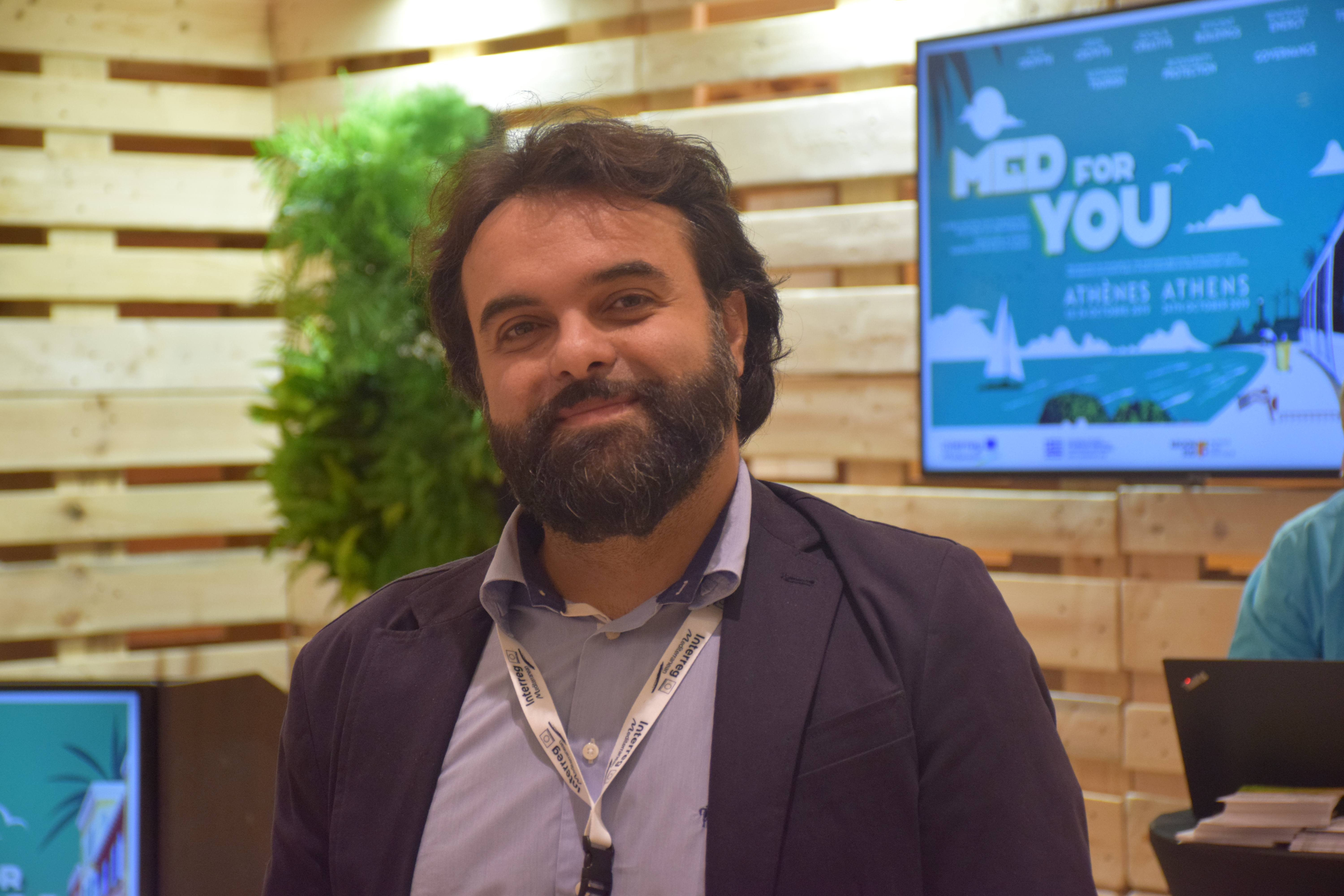 Alessandro Melillo: It is basically an idea on how to give fisherman in the Mediterranean Sea an opportunity to have an extra income from tourism”. [Photo by Sarantis Michalopoulos]

The implementation and red tape

He said in the beginning that fishermen questioned their capacity to transform themselves into tourism operators. In addition, in countries such as Albania and Cyprus, the concept of fishing tourism was not even familiar.

The project partners created training material and conducted training courses in every country. In some cases, the project had to face bureaucratic issues, considering that in many countries national legislation demanded a special fishing tourism license.

The partners also provided fishermen with equipment, mainly related to safety, as well as certification.

“Fishermen are doing their normal job and at the same time describe to tourists stories from their local region. In some cases, where the national legislation allows it, tourists can also fish and get this experience too,” Melillo said.

He said tourists were excited in every country and then the partners created a business model, a sort of guidelines that have to be used to invest in this sector.

The project lasted 30 months and has now come to an end. But fishermen have continued their touristic activities and tourists can use a mobile application to book their fishing holidays.