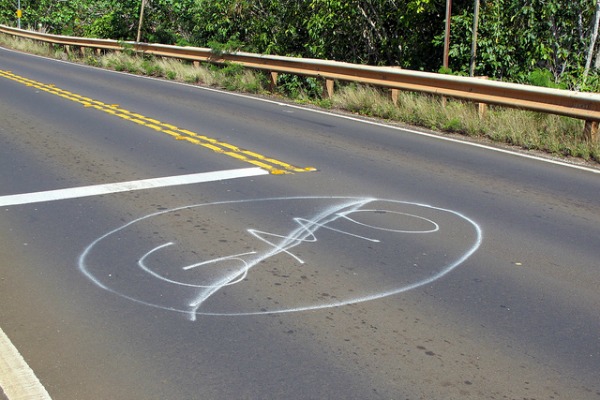 The European Commission’s proposed new rules on the approval of food derived from genetically-modified organisms (GMOs), published on Wednesday (22 April), have immediately attracted criticism from both environment NGOs and the agribusiness sector.

For the first time, the proposal formally allows EU countries to opt-out from the Europe-wide approval system.

“The objective is to give national governments’ view the same weight as scientific advice in the authorisation of GMOs in their territory,” said Competition Commissioner Margrethe Vestager, making the announcement at the Commission’s daily press briefing.

She was speaking on behalf of the College of Commissioners and Health Commissioner Vytenis Andriukaitis,who was ill.

“This proposal, when it is adopted, will enable member states to address at national level considerations covered by the decision-making process that we use right now. These are new measures and they will provide member states with tools to decide on the use of EU-imported GMOs based on reasons other than risks for health and the environment which will remain assessed by the European Food and Safety Authority (EFSA),” Vestager said.

GM crops are widely grown in the Americas and in Asia, but opinion in Europe is divided. While the UK is broadly in favour of them, France and Austria are among the countries that oppose them.

Only one GM crop is currently grown in Europe, Monsanto’s maize MON810, in Spain and Portugal.

But the new proposal attracted criticism by Greenpeace, which said the proposed reform would still allow the Commission to authorise the import of GMOs, even when a majority of national governments, the European Parliament and the public oppose them.

“The Commission’s proposal is a farce because it leaves the current undemocratic system untouched. It would allow the Commission to continue ignoring major opposition to GM crops, despite president Juncker’s promise to allow a majority of EU countries to halt Commission decisions on GMOs,” said Greenpeace EU’s food policy director Franziska Achterberg.

The European Association of Bioindustries, EuropaBio, was also unhappy with the proposal, suggesting it would sundermine single market rules.

EuropaBio also said that “GMOs are an integral part of our daily lives”, as Europeans pay with GM cotton bank notes and wear GM cotton clothes, and rely on GM commodities to feed our farm animals.

“This proposal would limit the choice for livestock farmers and threaten their livelihoods. It would also set the alarm off for any innovative industry subject to an EU approval process in Europe. Failing to uphold the EU-wide approval of safe products will damage jobs, growth, innovation and competitiveness. Together with the European Food and Feed Chain, we urge the Commission – Guardians of the EU Treaties – to withdraw this proposal,” said Jeff Rowe, chairman of the Agri-Food Council of EuropaBio.

In a statement, Vytenis Andriukaitis, the Commissioner for Health and Food Safety, said he was “pleased to deliver on one of the important commitments taken by this Commission” saying the EU executive “has listened to the concerns of many European citizens” which he said were reflected in the positions expressed by their national governments.

“Once adopted, today’s proposal will, fully in line with the principle of subsidiarity, grant member states a greater say as regards the use of EU-authorised GMOs in food and feed on their respective territories.”

In the European Parliament, the Greens/EFA political group slammed what it described as "a new scheme for renationalising decisions on GMOs in the EU".

“The Juncker Commission is continuing down the slippery slope of easing the way for GMOs in Europe," said Bart Staes MEP, the Green's food safety spokesperson, adding that "the proposed new scheme for authorising food and feed containing GMOs follows the same logic of the recent revision of rules for authorising genetically-modified crops for cultivation."

“By providing the 'carrot' to EU member states to opt out of European level authorisations, it is clear that the Commission is looking to make the decision-making process on EU authorisations easier. This is a completely wrong-headed approach to take to address the situation at hand," Staes said.

“It is also deeply cynical that the Commission is planning to usher through the authorisation of 17 GMOs in the coming week at the same time as it is acknowledging that the current authorisation system is flawed," Staes continued saying the move on GMOs cannot be seen in isolation from the ongoing EU-US trade talks. "The Commission should be heeding the legitimate concerns of European citizens, rather than bowing to the demands of biotech corporations."

The British Conservatives delegation in the European Parliament denounced the "Commission's cave-in" on GMOs, saying it will prevent imports of animal feed which many farmers rely on to feed their livestock.

Environment spokesman Julie Girling MEP reacted angrily, saying "The EU imports over 70% of its animal feed as it cannot produce sufficient quantities of protein-rich feeds for climatic and agronomic reasons."

For the Conservatives, decisions to allow or restrict the cultivation and sale of GM food "should be based purely on scientific assessment of their benefits or potential risks".

"GMOs authorised at EU level by food safety watchdog EFSA are already deemed safe. It is a dark day when the EU's executive is happy to sit by and watch its own basic freedoms, trade commitments, farmers and consumers suffer while ignoring the scientific advice that taxpayers themselves are paying for," Girling said.

The European Commission proposed allowing national cultivation bans for GMOs in July 2010, in a bid to break a deadlock in EU GM crop approvals, which has seen few varieties approved for cultivation over the last 12 years.