Copper compounds, including copper sulphate, are authorised in the EU as bactericides and fungicides. [Shutterstock]

The European Commission and the member states have extended once again the authorisation for copper sulphate, a controversial pesticide used in organic farming, which is on the EU’s “substitution” list and its effects on consumers are still unknown.

Copper compounds, including copper sulphate, are authorised in the EU as bactericides and fungicides. They are basically approved for use in organic farming, particularly for potato, grape, tomato and apple production systems.

EFSA (European Food Safety Authority) and ECHA (European Chemicals Agency) have identified risks to farm workers, birds, mammals and soil organisms, as well as the impact of copper compounds on the wider environment.

Organic farmers are only allowed to use pesticides derived from natural sources processed lightly, whereas conventional farmers can also use synthetic substances.

Although backers say that organic pesticides have a lower impact on the environment,  many ‘natural’ extracts (such as copper, ammonia, arsenic and plutonium) are extremely toxic to the environment, animals and humans.

Backers also stress that organic pesticides have low persistence in the environment and are unlikely to leave residues in food, but surveys suggest that copper compounds accumulate in the soil and are the most commonly found residue in organic foods.

The UK’s Soil Association has said it is making efforts to reduce its use but complained it was hard to find alternatives.

EFSA has admitted that there are risks for workers (farmers) as well as terrestrial and non-terrestrial animals. It also admits that health risks for the consumers are not clear, because of data gaps.

The European Commission extended in 2014 the approval for the use of copper compounds on condition that measures are taken to reduce its use and to allow further environmental assessments to be carried out.

In 2015, the EU put them on the list of “candidates for substitution”, which means they are “of particular concern to public health or the environment”.

According to the voting results, 26 member states voted in favour of the re-approval while two were against – France and Sweden, according to EURACTIV sources. 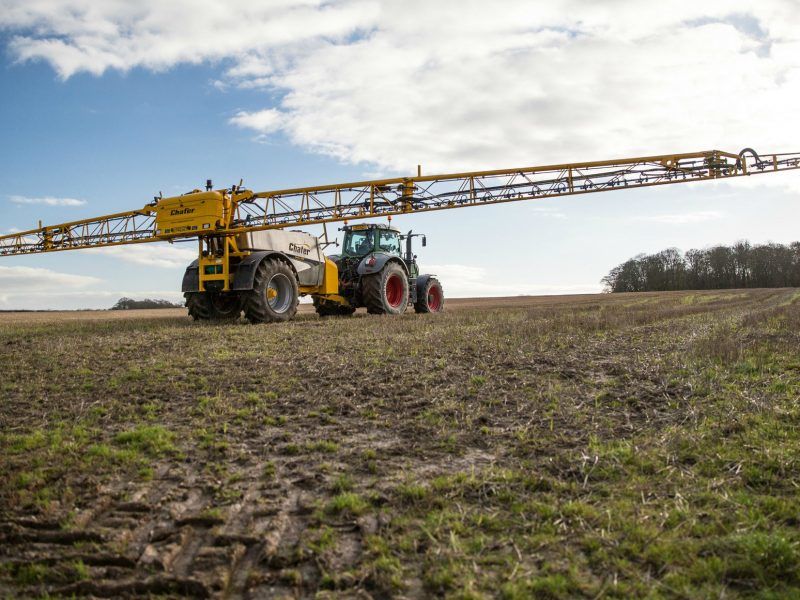 The Commission and the interim report

EURACTIV contacted the Commission and asked why the monitoring programme hasn’t been made public. An EU spokesperson replied that the final report on the monitoring of vulnerable areas where the contamination of soil and water including sediments is concerned had been submitted by the applicants in December 2017.

“The report will be assessed by the rapporteur member state, whose evaluation should be provided at the latest six months after the submission, and will then be peer-reviewed by EFSA and the other member states”, the EU official said.

EFSA has recently published its conclusions on the re-assessment of copper compounds in the context of the procedure of a possible re-approval. An EFSA spokesperson told EURACTIV that the conclusion was only covering the representative uses.

“With respect to the consumer risk assessment, EFSA is currently finalising the Reasoned Opinion on the review of all existing MRLs under Article 12, that is a more comprehensive assessment as it is considering the residues arising from all authorised uses.”

This Reasoned Opinion is expected to be published in March.

Asked whether the already identified risks are enough to remove the substance from the market, the EFSA official declined to comment, saying that this has to be answered by risk managers.

According to EFSA’s Pesticide Residue Report from April 2017, out of the 140 different pesticides found in organic food, copper was the most prevalent. Copper is found in more than double the number of samples than bromide ion (the second most frequently found pesticide in organics).

A test for the Parliament

Speaking on condition of anonymity, a source close to the file told EURACTIV that, given the clear risks identified, the prevalence of copper residues in organic foods, and the worrying gaps in the data, this extension should be a “test case” for the newly established PEST committee in the European Parliament.

On 18 January, the European Parliament political leaders decided to establish PEST, a special committee to look into the EU’s authorisation procedure for pesticides.

Among others, the committee will examine the potential failures in how substances are scientifically evaluated and approved, as well as the role of the European Commission in renewing the glyphosate licence.