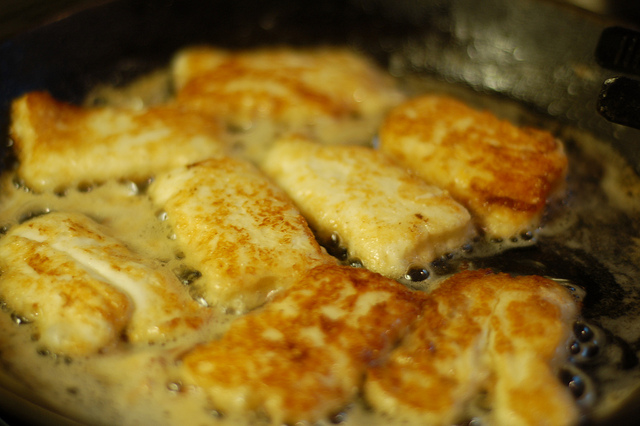 The recognition of the Cypriot cheese “halloumi” as a product of protected designation of origin by the EU has put Nicosia in collision course with other EU member states. EURACTIV Greece reports.

The Turkish-Cypriot community is calling for a separate production control mechanism of halloumi to be established, triggering strong reactions by the government.

In July 2014, Cyprus applied to secure protected designation of origin (PDO) status for its most famous traditional product, the halloumi cheese. The cheese is considered to be quite crucial for the Cypriot economy. The application, sent to the Commission, also included the term “hellim”, the Turkish-Cypriot name for halloumi, therby covering the whole island.

But the Turkish-Cypriot community wants a separate production control mechanism of halloumi in the occupied territories established under the “Turkish-Cypriot chamber of commerce”, while the Cypriot government claims this can only be made legal by the ministry of agriculture of the Republic of Cyprus.

The island has been divided since 1974, when the Turkish military invaded. In 1983, a third of the island declared itself as Turkish Republic of Northern Cyprus, which is recognised only by Turkey.

The Commission keeps its distance

The EU executive seems to keep its distance on the issue, nonetheless welcoming the fact that the application filed by Cyprus covers the whole island.

Daniel Rosario, spokesman for agriculture and rural development, told EURACTIV Greece that the application’s scrutiny was ongoing and the European Commission could not comment on the outcome.

“The Commission is aware of the importance of this file and welcomes that the application covers the whole of the island of Cyprus, and that it seeks protection of both the Greek and Turkish language terms for this cheese “Halloumi” and “Hellim”. As for every geographical indication application procedure, a number of questions are being clarified, a balanced and workable control system being one of them,” he said.

Nicosia has reacted strongly to the allegedly “underground” consultations held by other EU member states.

According to reports in Cyprus, the United Kingdom, Sweden and Finland held meetings with the agriculture directorate-general of the European Commission. They raised the issue on the Turkish Cypriot requests for the establishment of a separate production control mechanism of halloumi in the occupied territories, under the “Turkish-Cypriot Chamber of Commerce”.

“The government of the Republic of Cyprus is the only legitimate authority on the island and any other recognition of a separate control mechanism is illegal, immoral and dangerous,” said centre-right MEP Eleni Theocharous.

On the other hand, MP Giannakis Gavriil from AKEL [GUE-NGL affiliated] told EURACTIV Greece that the issue should not become political. “It was and should remain technical,”he said.

According to the press reports in Phileleftheros, similar pressure was applied by Czech, Hungary, Poland and Slovakia. Representatives from these countries met with the head of Commission’s task force on the island, Michaela Di Bucci

Asked by EURACTIV to comment the Ambassador of Cyprus in Athens Kyriakos Kenevezos said:

"Any interference from other member states of the European Union, which conflict with the rules governing the functioning of the EU in these matters, is unjustified and unethical."

Cyprus has been divided since 1974, despite repeated efforts under the auspices of the UN to bring the leaders of the Greek and Turkish Cypriot communities to the negotiating table.