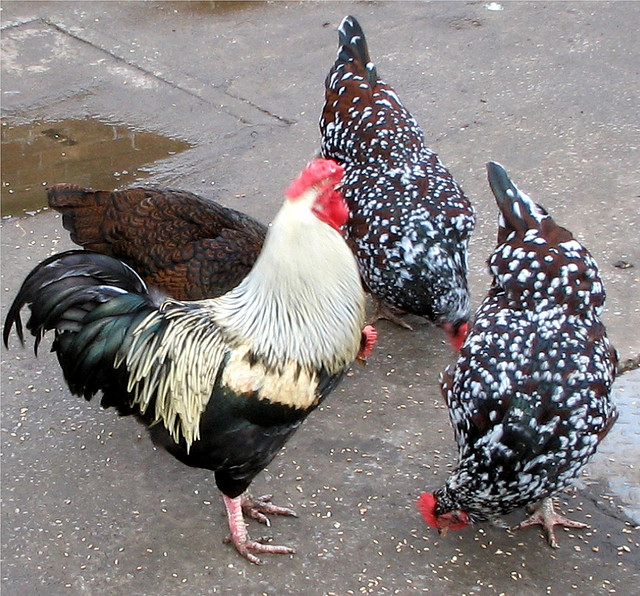 Dutch authorities said on Sunday (16 November) they had found a highly contagious strain of bird flu at a poultry farm in the central Netherlands and set about destroying 150,00 chickens. The European Commission is set to adopt urgent interim protective measures to contain the outbreak, it said.

“The Commission is expected to adopt tomorrow, Monday 17 November, a decision with urgent interim protective measures in relation to this outbreak,” said Ricardo Cardoso, spokesman for the Commission.

The decision will describe the zones established by the Dutch authorities around the infected poultry farm where it will be forbidden to sell live poultry, eggs, poultry meat and other poultry products to other European Union member states and third countries.

The strain, H5N8, has never been detected in humans, but an outbreak in South Korea meant millions of farm birds had to be slaughtered to contain the outbreak.

Cases have also been reported in China and Japan, although the strain was first reported in Europe, on a German farm, in early November.

The Netherlands imposed a 72-hour ban on transportation of poultry products, including birds, eggs, dung and used straw to and from poultry farms across the country, which is the world’s leading egg exporter.

The European Commission said it expected to adopt urgent interim protective measures on Monday to contain the outbreak, including a ban on selling poultry products from the affected areas to EU and third countries.

Between them, Dutch poultry farms sell more than 6 billion eggs abroad every year, though it is not known how many of the 697 farms are exporters. Germany is the largest destination, at 75 percent of all exports, figures published by Rabobank showed. The Netherlands is also a leading poultry exporter.

Agricultural inspectors started destroying the 150,000 chickens at the farm in the village of Hekendorp, and banned poultry transport across the whole of the Netherlands.

The H5N8 strain of bird flu was reported in Germany on 4 November, on a farm in the northeastern state of Mecklenburg-Vorpommern after it caused widespread destruction in Asia.

“It’s a highly pathogenic strain for birds,” said Dutch Economics Ministry spokesman Jan van Diepen. “For people it’s not that dangerous: you’d only get it if you were in very close contact with the birds.”

The farm at Hekendorp sold eggs rather than poultry, another spokesman said.

Produce from the farm was sold primarily in the Netherlands, the farm’s owner Piet Wiltenburg said, with some also exported to Germany. “There is absolutely nothing wrong with that produce,” he told Reuters.

Some 10,000 chickens were destroyed in March after bird flu was found at a farm in the eastern Dutch province of Gelderland, but the country has not had cases of any of the highly contagious H5 or H7 strains of bird flu in the past 10 years, according to data from the World Organisation for Animal Health.

Earlier outbreaks in Europe and Asia have infected humans, prompting fears of a bird flu epidemic.

The transportation ban will remain in force for 30 days for the 16 poultry farms within a 10 kilometre radius of the site of the outbreak, and all of them will be subject to enhanced security measures for visitors and regularly checked for signs of bird flu.

The Commission’s decision to ban the selling of poultry products from the affected areas identified by the Dutch authorities to other countries is a standard procedure in the case of bird flu outbreaks, it said.

In September, Russia reported the first cases of H5N1, another dangerous strain, in nearly two years.