Based on the statements from the European Food Safety Authority (EFSA), the Commission has put forward draft regulations to the member states proposing to not renew the approvals of chlorpyrifos and chlorpyrifos-methyl.

The two insecticides, which belong to a category of pesticides known as ‘organophosphates’, are used widely in the EU but have increasingly come under fire for possibly causing major developmental issues in children.

A Commission spokesperson told EURACTIV that for both substances, a qualified majority was reached, meaning that once the regulations have been formally adopted, member states must withdraw all authorisations for plant protection products containing the active substances.

The adoption of these regulations is expected in January 2020.

The spokesperson added that a short grace period for final storage, disposal and use of a maximum of three months may be granted by EU countries, after which time plant protection products containing these active substances will no longer be placed on the market or used in the EU.

In two recent statements, the European Food Safety Agency (EFSA) found that the two pesticides were possibly associated with genotoxicity and developmental neurotoxicity.

They concluded that chlorpyrifos and chlorpyrifos-methyl have no possible safety limit and therefore do “not meet the human health criteria for renewal on the European market”. 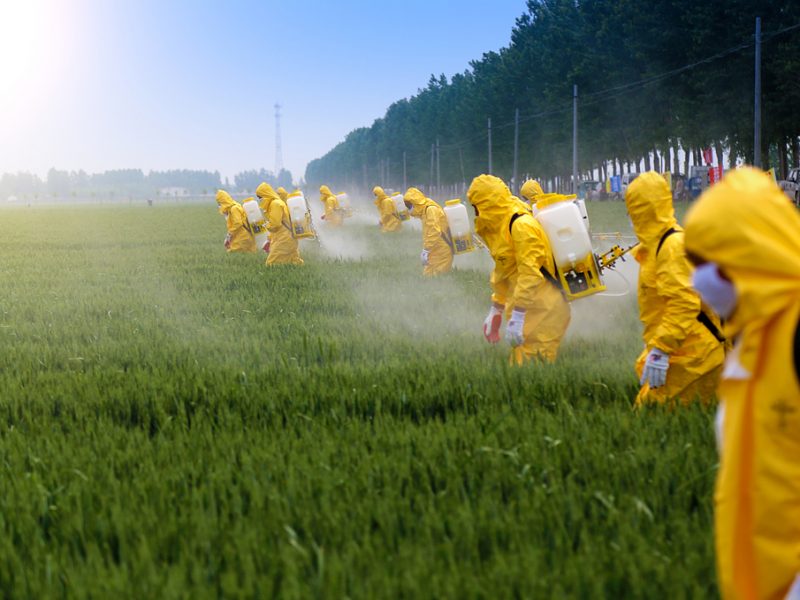 The European Commission is set to vote on Friday (6 December) on not renewing the approval of two pesticides, chlorpyrifos and chlorpyrifos-methyl, which the EU’s food safety agency says may have serious effects on foetuses and children – a claim industry strongly rejects.

These statements then triggered the European Commission to propose a non-renewal for both substances in which they classify the pesticides as potentially damaging for unborn children.

The ban has been applauded by health and environment groups.

Génon Jensen, executive director of the Health and Environment Alliance (HEAL), said that the ban of both forms of chlorpyrifos is a “major win for the healthy development of today’s children and future generations”.

She added that while we can’t take away the decades of exposure to these substances and the associated neurodevelopmental impacts, the new Commission can “make sure this doesn’t continue to happen with other substances by committing to decreasing Europe’s dependence on pesticides and addressing remaining loopholes in evaluation processes.”

Angeliki Lyssimachou, science policy officer at Pesticide Action Network Europe, said that they “congratulate the Commission and those member states who voted to ban brain-damaging chlorpyrifos insecticides putting human health, particularly that of our children, above industry interests and private profit.“

József Máté, communications leader at agricultural company Corteva, told EURACTIV that they are “disappointed by the decision of the European Union not to renew the authorisation of chlorpyrifos and chlorpyrifos-methyl” and that “this decision denies EU growers access to yet another key tool to protect their crops”.

He added that the EFSA conclusions “do not match the conclusions of other major regulatory bodies, including US-EPA, Australia-APVMA or the World Health Organisation”.