EU to extend ban on sale of Croatian farmland to foreigners 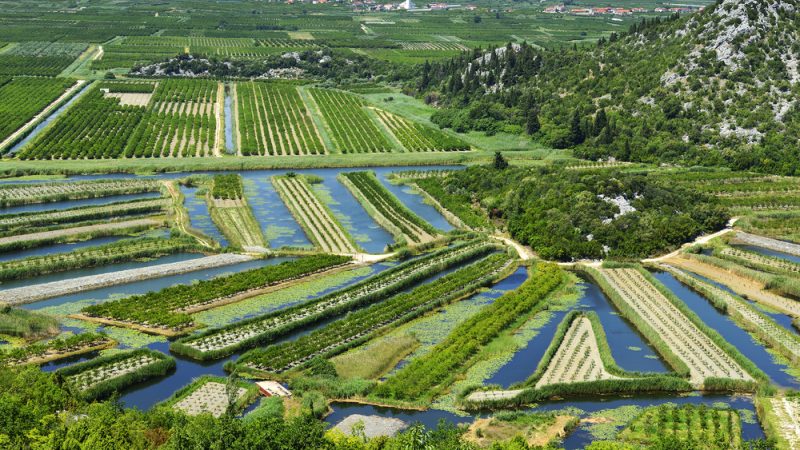 Orchards and fields in the delta of the river Neretva in Dalmatia, Croatia. [SHUTTERSTOCK]

The Croatian government is working to extend by another three years a provisional restriction that prevents non-nationals from purchasing agricultural lands in the newest EU member.

As part of Croatia’s Treaty of Accession, the EU had granted a seven-year transition period in which farmlands on the Croatian territory could have been purchased by Croatian farmers only.

The transition period ran from 2013, when Croatia joined the EU, until July 2020, but the accession agreement envisaged the possibility of extending this period for another three years if the reasons why the ban was introduced are still valid.

Zagreb has recently filed a request to extend the restriction.

Although the Croatian news website Agrobiz, which first reported the news, has seen a translation of the final EU decision granting the extension of the ban, the government remains more cautious.

After an informal Agrifish Council on Monday (8 June), Croatia’s farm minister Marija Vučković said the government is still expecting an official statement from the European Commission on that.

The request for extending the ban does not imply, however, that the Common Agricultural Policy (CAP) was not efficient in the first seven years of Croatia’s EU membership, Vučković told EURACTIV.

“We can always do better and this is why we want to reform the CAP, pushing for strategic changes to the rural development funds,” she said.

However, the main reason for buying more time for Croatian farmers is that Croatia could experience severe and aggressive land-grabbing attempts by foreign entities at the current stage, particularly when it comes to fertile farmland in the east of the country.

“This is why we feel that our request is justified,” she stressed.

According to Eurostat data, land prices for arable land in Croatia were set at €3,285 per hectare, which makes the country one of the cheapest regions to buy farmland, after Yugozapaden region in Bulgaria, Norrland, the northernmost and least populated area of Sweden, and Estonia.

The extension is viewed positively by Croatian farmers, who still cannot compete with the purchasing power of foreign land-owners, while the ministry of agriculture itself consider the moratorium an administrative act of high priority.

Asked by EURACTIV, EU agriculture Commissioner Janusz Wojciechowski declined to give a comment on the specific issue as property ownership falls under national competences according to Article 345 of the Treaty on the Functioning of the European Union.

However, he stressed that, in principle, access to land should be the same for all EU citizens, although he fully understands why member states introduce some restrictions to face the problem of land concentration within the EU.

Thus he mentioned that 52% of agricultural land in the EU is concentrated in the hands of only 3% of the owners.

“This is the reason why the rights to buy land should be monitored and controlled,” the Commissioner concluded.