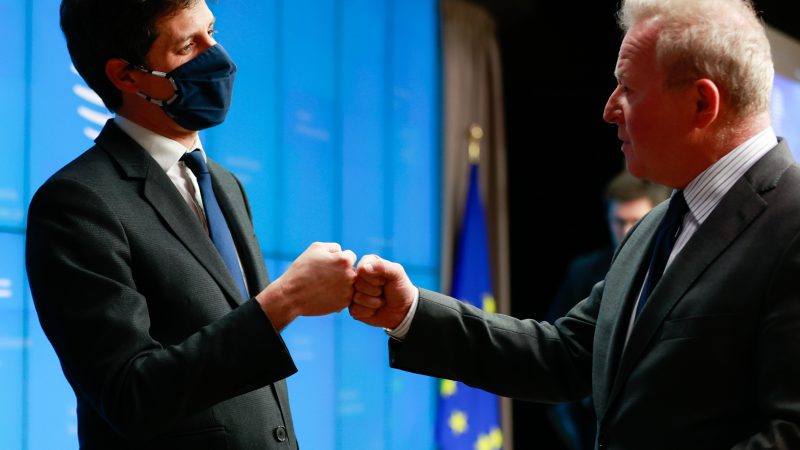 The EU’s agricultural sector stands to be hit hard in the coming weeks as it is squeezed between the kickback of sanctions to Belarus and Russia and reduced trade from Ukraine which alone accounts for 19% of EU wheat imports and 13% of oilseed imports.

This situation could lead to a reconsideration of the Commission’s policies unveiled more than two years and a half ago which aim to make the European food system more sustainable via a set of stringent targets.

“We need to keep a close eye on the objectives of these policies in the context of food security,” said agriculture commissioner  Janusz Wojciechowski after a special meeting with the EU-27 agriculture ministers on Wednesday (2 March).

He added that, if food security is endangered, then the Commission may need to revisit the objectives.

“We don’t want to toss these strategies aside, we don’t want to call them into question,” explained the Commissioner. “But there are other elements which need to be looked at again, given the current situation,” he continued. 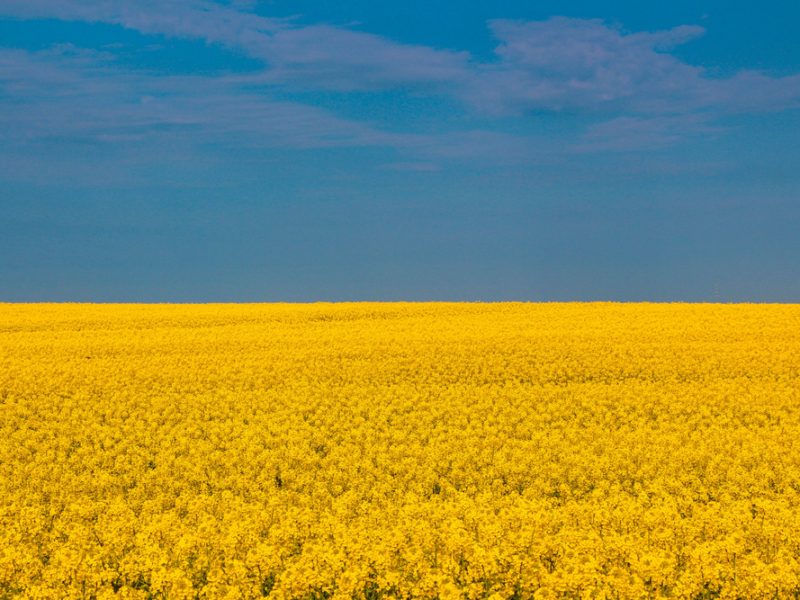 Denormandie said that all ministers who spoke during the special meeting referred to food sovereignty as something that should be consolidated as one of EU’s political priorities.

“The Commission is going to assess these strategies to see whether we need to adjust them in the light of the political vision for a European agri-food sovereignty,” he said in a press conference.

Ministers suggested to the Commission a proposal to set aside agricultural land to be used for the production of protein crops. “I can’t commit to anything at this stage, but we will look at it,” commented Wojciechowski.

Denormandie clarified that this request from ministers is limited to the current year, given the urgency of the situation since protein crops can have a significant impact on animal feed, which represents a major problem due to the lack of imports from Ukraine.

Market disruption on the horizon

The Commission believes that the Ukraine conflict will hit countries differently. The Netherlands, Germany and Poland are the most exposed, along with neighbouring countries such as Estonia and Latvia.

Trade with Ukraine and Russia amounts to €10.5 billion of exports and €8 billion of imports, said Wojciechowski.

The impact of armed conflict will be particularly visible in the market for cereals and oilseeds and oils, of which Russia and Ukraine are large producers, a diplomatic source told EURACTIV.

Lower supplies are likely to drive a further increase in world prices, and high prices of these products will affect the entire agri-food sector, including prices of feed and semi-finished products for processing.

At the same time, humanitarian activities at the European borders, and in Ukraine, will result in increased demand for foodstuffs.

“What we want to do is to make sure that we supply food aid, but also that we continue to have a situation where Europe can produce sufficient food to cover the needs of Europe and the whole world,” said Denormandie.

Strong fluctuations in gas prices, as well as inflationary factors in national economies could also affect the price competitiveness of European agri-food products.

The Commission is likely to look at introducing exceptional measures under the Common Market Organisation (CMO), which serves as a safety net for farmers in case of crises.

“In this situation, there are two measures which could be taken: private storage aid (PSA) and the crisis reserve,” said the Polish Commissioner.

PSA is a traditional form of EU intervention that aims to rebalance a disrupted market by reducing short-term oversupply.

PSA is allowed under EU law for certain sectors such as white sugar and dairy products but must be assessed and approved by the Commission if it goes above a specified limit.

The crisis reserve was introduced by the 2013 Common Agricultural Policy (CAP) and can be used to finance exceptional measures to counteract market disruptions affecting production or distribution.

However, the fund has never been used so far despite calls to do so.