Some of the world’s biggest chocolate manufacturers have called on the EU to strengthen human rights and environmental due diligence requirements of companies in global cocoa supply chains.

The manufacturers, including the likes of Barry Callebaut AG, Mars Wrigley and Mondelēz International, have teamed up with the Rainforest Alliance, the VOICE network and Fairtrade to create a joint position paper on the EU’s policy and regulatory approach to cocoa.

The cocoa supply chain has repeatedly come under fire for systemic human rights violations and environmental issues, including accusations of the use of child labour and widespread criticism concerning deforestation.

Poor standards of governance and weak law enforcement have also repeatedly been identified as underlying many of these problems.

In the position paper, the group ask specifically for an EU-wide approach to due diligence, in line with the United Nations Guiding Principles on Business and Human Rights (UNGPs), which they say will “benefit all actors in the supply chain in terms of a clear and consistent set of rules and common intent”.

The initiative argues that, as the largest importer and consumer of cocoa in the world, the EU has a greater ability than any other consumer market to drive change in the cocoa sector, including through legislative action to address these issues.

It also acknowledges that companies have a responsibility to conduct due diligence to identify risk, jointly evaluate remediation and take action which is proportionate to their exposure to human rights and environmental risk.

The initiative called on the  EU to negotiate bilateral agreements with cocoa origin governments and establish a regulatory and policy framework within the EU to ensure that companies conduct human rights and environmental due diligence in their supply chains.

It said this would help encourage sustainable cocoa production, support consumer trust and help sustain market demand for cocoa in the long term.

Although some progress has been made through a number of initiatives, including certification schemes and voluntary corporate sourcing initiatives,  these have often failed to adequately involve all actors in the supply chain. 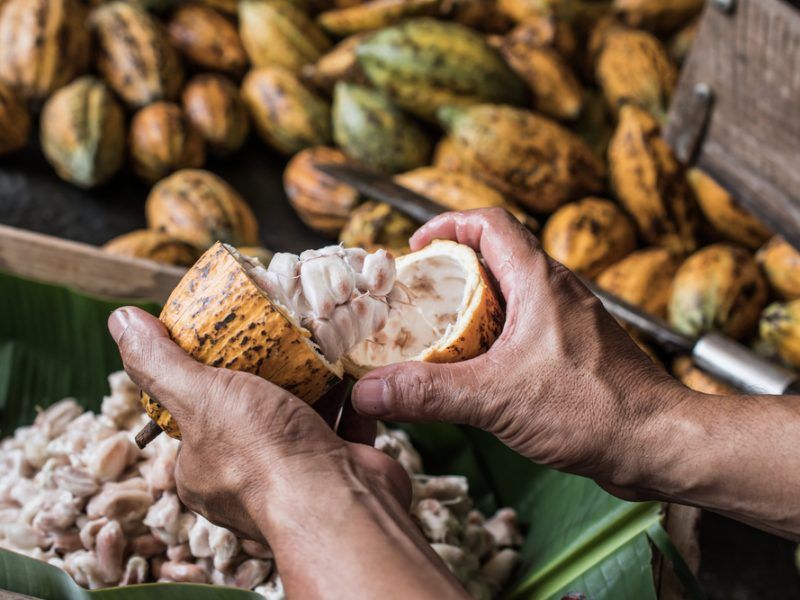 Julia Christian, forest policy adviser at Fern, the forests and rights NGO, said that “companies are known more for opposing laws which regulate their activities than for promoting them. So today’s statement by some of the world’s biggest chocolate companies calling for laws regulating cocoa supply chains is commendable and a watershed moment”.

She added that it is also a “potent sign of the urgent need for regulations to end the deforestation and human rights abuses that have disfigured the cocoa industry for decades” and that “laws placing clear obligations on all actors in the cocoa supply chain are required, as leaving industry to self-regulate is not enough”.

MEP Heidi Hautala, vice president of the European Parliament, said the EU “has a clear responsibility to ensure that cocoa entering the EU market does not make consumers complicit in child labour and deforestation”.

She added that, in addition to mandatory due diligence legislation, the EU should also “use its other tools for partnerships with the major producer countries (such as Ghana and Côte d’Ivoire), including development cooperation”.

“It is our duty now to ensure that children can go to school and plantations are legal,” she said.