Only a few months ago, the issue of an EU-wide nutritional label system was quite high on Commission's agenda, but then COVID-19 upset all plans. [SHUTTERSTOCK]

In a letter addressed to Health Commissioner Stella Kyriakides, a coalition of more than 40 food stakeholders reiterated their call for a legislative proposal to introduce the Nutri-score as compulsory for all food manufacturers.

The coalition includes groups such as the European Consumer Organisation (BEUC), MEPs, academics and also food juggernauts like Danone and Nestlé, as well as large retailers like the Netherlands’ Albert Heijn, Belgium’s Delhaize and Germany’s Lidl and REWE.

The Nutri-score is a nutrition label that converts the nutritional value of products into a code consisting of five letters, from A to E, each with its own colour.

The system was developed in France and is also used in Belgium and Spain, and is designed to make it easier for consumers to quickly see which products are recommended and which should be avoided.

In open defiance of the French Nutri-score, Italy’s government has offered its proposal for a different food label scheme called NutrInform, based on a “battery-powered” symbol which indicates to the consumer the nutritional contribution in relation to their daily needs. 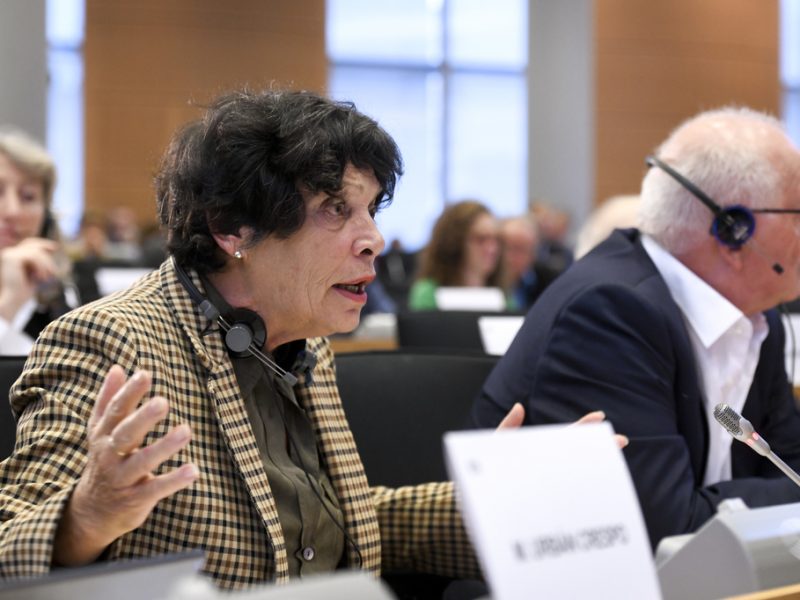 Only a few months ago, the issue of an EU-wide scheme was quite high on the Commission’s agenda, as it was in the process of putting together the bloc’s new food policy, the Farm to Fork Strategy (F2F), which was expected by the end of March.

However, the launch of the strategy was initially pushed back until 29 April, then postponed until further notice, although Commission Executive Vice-President Frans Timmermans recently said that the F2F might be delayed by several weeks but no longer.

Foodstuff labelling also falls within food safety, one of the main competences of the Health Commissioner and her supporting services under DG SANTE, which are currently busy coordinating member state responses to the pandemic.

The campaigners’ letter says that the focus remains for now on combatting the immediate threat posed by the virus, but it also highlights the importance of the health of citizens as Europe is facing the serious impacts of the COVID-19 crisis. 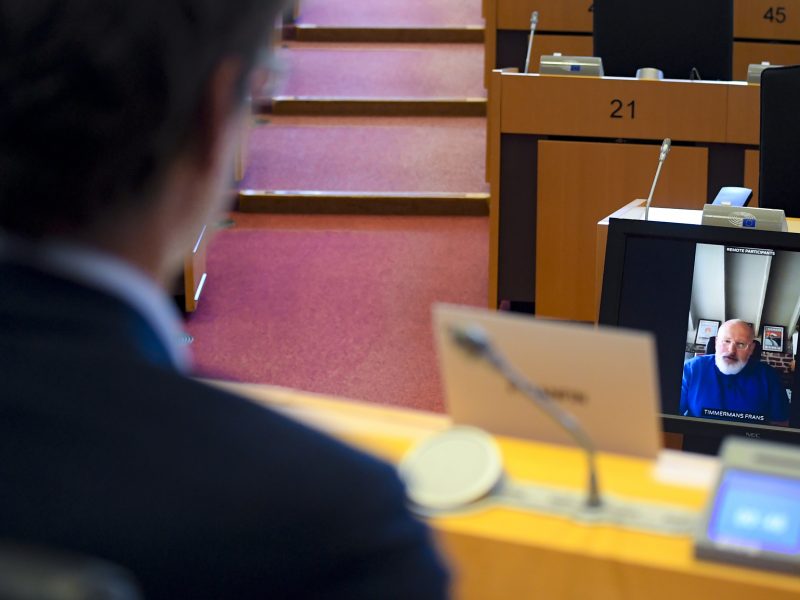 “It is nevertheless imperative that, as we look ahead, policymakers address underlying and urgent societal concerns related to unbalanced diets and malnutrition, which will persist in our societies if strong action is not taken,” the letter continues.

In a leaked draft of the F2F strategy seen by EURACTIV in early March, reversing the rise in overweight and obesity rates across the EU by 2030 was one of the five key targets listed.

People’s diets are not in line with health recommendations and retailers do not always make the healthy option the easiest one for consumers, the Commission pointed out in the F2F draft, adding that it will put forward a legislative proposal to harmonise front-of-pack nutrition labelling.

According to the draft, the new food labelling proposal will set nutrient profiles to limit the use of nutrition and health claims on foods high in fat, sugar and or salt, but it will also require origin indication for certain food products.

“As rates of overweight and obesity remain worryingly high in the EU, it is essential we better equip consumers with tools such as the Nutri-Score to help them to compare products and make healthier choices in the supermarket,” said Monique Goyens, Director-General of BEUC.