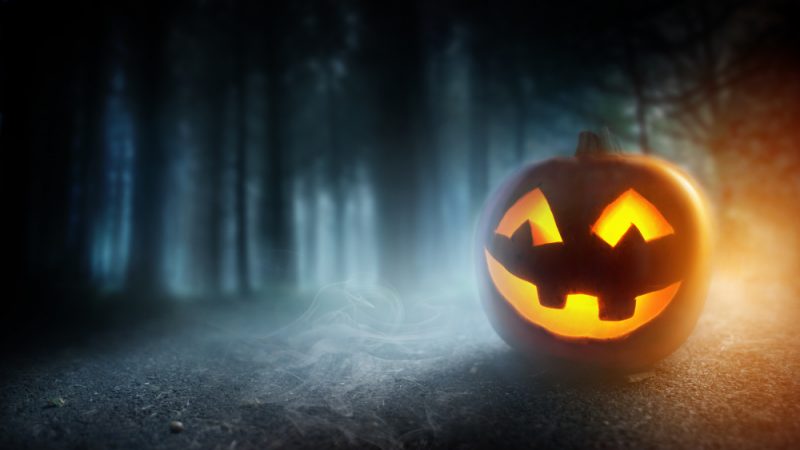 In the EU, around 24,000 hectares were used to grow pumpkins in 2017, according to Eurostat. The EU country that produced the most pumpkins was Spain with 150,000 tonnes. [solarseven/ Shutterstock]

On Halloween, the day before All Saints Day, pumpkins are everywhere, as millions of Europeans decorate and place them in front of their doors. For its Halloween special, EURACTIV Germany has put together a few (very European) statistics about the beloved orange fruit.

In 2016, 26 million tons of pumpkin mass were harvested, according to the latest data from the UN Food and Agriculture Organisation (FAO). Outside the EU, China cultivated the most pumpkins, with almost 30% of the global harvest, while India and Russia followed in second and third place.

In the EU, around 24,000 hectares were used to grow pumpkins in 2017, according to Eurostat. The EU country that produced the most pumpkins was Spain with 150,000 tonnes.

In Germany, the pumpkin harvest has increased sharply in recent years. The area under cultivation increased by about a third to around 4,000 hectares between 2012 and 2017.

On the day of Halloween (31 October), Germany’s Federal Statistical Office has announced that cultivation and harvesting are on the decline again. Last year, 78,100 tonnes of pumpkins were harvested, about 15% less than in the record year before.

The pumpkin initially came from Central and South America and was eaten there 10,000 years ago by the indigenous population. This makes pumpkin recipes much older than some of the first pyramids estimated to have been built around 2,500 BC.

Christopher Columbus allegedly brought the pumpkin to Europe, and until the middle of the 20th century, the fruit was mainly used to feed cattle.

Pact with the Devil

The creepy face carved into pumpkins originates from an Irish folktale about a drunkard named Stingy Jack, who allegedly met the devil in a bar and negotiated a pact with him to save his soul. Since then, he has been wandering between the worlds and cannot rest, so only a candle carved into a carrot was able to give him light. With time, the carrot became the pumpkin.

The grimace goes back to Halloween’s origins and is rooted in Samhain, a Gaelic festival marking the end of the harvest season.

Belgians have the thickest pumpkins

This year, three Belgians from the Antwerp region came first, second and third in the European Pumpkin Championship on 13 October, which takes place every year in Ludwigsburg, Germany.

The heaviest pumpkin weighed 1,013 kg, while the pumpkins that came second and third weighed 979 kg and 860 kg respectively. The world record is also held by Belgian Mathias Willemijns, who presented a pumpkin weighing 1,190.5 kilograms in 2016.

Pumpkin is 80% water. And for anyone who has ever wondered which genus the zucchini belongs to – it is also a pumpkin plant.