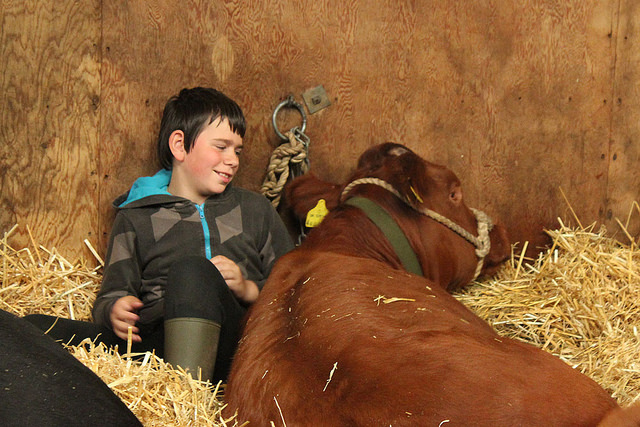 The next CAP should include new technologies, which will make the profession more attractive to the younger generation. [Rictor Norton & David Allen / Flickr]

This article is part of our special report Agriculture: Towards more efficient resource allocation.

The roots of the Common Agricultural Policy (CAP) lie in post-War Europe, where it formed part of a grand plan to gradually bring together every possible aspect of socio-economic activity and make future conflicts impossible.

It was created with a clear goal: to help EU farmers become profitable and stay that way.

A key aspect was to increase food supply, based on the principle that the continent would have to move towards one big trading area, in which agriculture and food products would be harmonised.

To achieve this, a common policy was needed to make agriculture across the member states as fair and even as possible.

A tough ask, no doubt, which is reflected in the successive reforms of the CAP that have been carried out. The EU institutions and the member states are all continually trying to improve the policy and adapt it to how markets and society itself are changing.

Halfway through the 2014-2020 programme, the EU is already beginning to talk about another reform and funding that will be more linked to issues like sustainability.

In Spain, agricultural cooperatives have one eye on the current CAP and one on what may emerge in the future.

Gabriel Trenzado, Director of International Relations at Cooperativas Agro-alimentarias, believes that the current incarnation has triggered a debate about price volatility and imbalance in the value chain.

However, he thinks that the next CAP cannot just contribute to the debate. Instead, it has to introduce measures to tackle volatility and readjust the value chain so that something can be done about this period of low prices which is impacting producers so negatively.

Ignacio López, International Relations Director at the Spanish young farmers’ association (ASAJA), believes new policies have to be proposed to enable EU farmers to compete with the rest of the world and allow a generational transition to happen.

López also said these tools have to include new technologies, which will make the profession more attractive to the younger generation, as well as environmental sustainability, a crucial factor in future reform.

On the current CAP, López has no doubt that it is “reasonably satisfactory” and called for the policy to be given more time to develop.

One of the most prevalent points in the debate about the current CAP is the definition of “active farmer”, which largely dictates how much funding an applicant is entitled to.

Distributing funds fairly among farming professionals was one of the main goals of EU agriculture ministers, but the Spanish agriculture sector does not think this has been achieved.

José Luis Miguel, from the Spanish farming association COAG, doubts whether the European Commission is doing all it can to clearly define the concept of an “active farmer”.

Miguel insists that current laws fail to “legitimise” what should be “the backbone of the reform” in terms of a consolidated model of food production, social factors, and environmental sustainability.

He added that the current CAP “continues to ignore” the strategic nature of the sector and called on Brussels to come up with policies that protect the sector and “maintain a living countryside”.

The Agriculture Secretary of the Union of Small Farmers (UPA), Ignacio Senovilla, did warn that the regionalisation system should not be tinkered with in any future reform, so as to avoid any instability in the distribution of funds.

One of the main “problems” that has emerged with successive reforms is changing criteria that make it difficult to coordinate between funding programmes.

Senovilla underlined the importance the CAP has on livestock farming, a sector that also receives funding thanks principally to coupled support. He warned that without this system, the sheep, goat and a large part of the cattle sector “would have disappeared”.

The union official called on EU lawmakers to maintain the support structure’s budget and, if possible, to come up with other proposals that would make livestock production “much stronger” in the 2020 CAP.