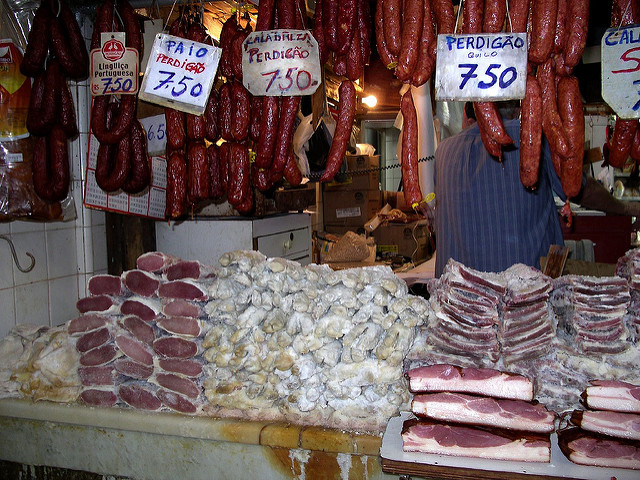 After twelve years of stalled negotiations, the state of play in the global agricultural market has significantly changed, with countries like Brazil dominating as a net exporter.

Just like the EU, Brazil has been heavily investing public funds in increasing its production.

The budget of the federal government for the agriculture in 2016 is approximately € 7.5 billion, less than 1% its total budget and 2.4% of the gross domestic product of Brazilian agribusiness (including inputs, agricultural production, agri-industries, and services).

On the other hand, slowing demand from China, and the Russian embargo on food products have put extreme pressure on EU agricultural exports.

Taking into account the alleged talks for potential decreases in EU agri-funds for the next Common Agricultural Policy, European farmers are extremely concerned about their future.

Copa-Cogeca, the European farmers and agricultural cooperatives association, recently told euractiv.com that the executive’s offer on agriculture was problematic, as “it opens up EU’s markets to imports without getting much in return”.

European Union farmers also want “sensitive” products such as beef and poultry to be excluded from the executive’s offer. Beef and ethanol are out, but other sensitive sectors like poultry, cereals remain in.

However, the Brazilian Confederation of Agriculture and Livestock (CNA) does not share such a view.

Décio Coutinho, Coordinator of the Technical Health Group and Consultant in Agricultural defence of the CNA, told euractiv.com that the EU’s decision to exclude beef and ethanol was a mistake.

“The absence of quotas for beef and ethanol does not contribute to the progress of this long-lasting negotiation, so the European Commission will have a major role in turning this around,” the Brazilian expert stressed, adding that Brussels “disrespected the countries in the South American bloc and sent the message that they did not want to negotiate”.

Brazilian President Dilma Rousseff and her Argentinian counterpart, Mauricio Macri, have expressed confidence that the EU is committed to brokering a trade agreement with Mercosur. EURACTIV’s partner EFE reports.

He continued, saying that there is space for Brazil in the European market as it covers around 1,5% of the total of beef that is consumed in the EU.

Concerning ethanol, Coutinho noted that the Europeans sought to liberalize the exports of 60 million liters and half of that volume was destined for industrial use.

“The Brazilian beef that is part of the negotiations is produced in sustainable ways and meets all the sanitary requirements demanded by the European Union,” he stressed.

The CNA also denied accusations over its safety systems for meat production.

EU farmers claim that there is no traceability system in Brazil, as well as concerns about safety aspects of meat production in Latin American countries such as the use of antibiotic growth promoters.

“That type of thinking cannot be justified,” Coutinho said, adding that Brazil is an incumbent and historical supplier of the European Union, delivering products of very high quality and sanitarily reliable.

“Our production is audited annually by European technicians, who have been favorable to the maintenance of trade in beef and its by-products. The Brazilian production system is highly based in science and technology, and established upon the principle of sustainability.”

“The European consumers, themselves, are the ones who will pay the price for the closed market,” he concluded.

A European Commission spokesperson recently told EURACTIV that both sides would now examine the offers with the view to holding further discussions this year.

“We are not going to comment on both offers before we had a chance to analyse the detail. Twelve years after the previous exchange is a long time and we need to analyse the figures carefully,” the official added.

The EU is currently negotiating a trade agreement with Mercosur as part of the overall negotiation for a bi-regional Association Agreement which also cover a political and a cooperation pillar.

Mercosur is composed of Argentina, Brazil, Paraguay, Uruguay and Venezuela, while Bolivia is in the process of accession.

The objective is to negotiate a comprehensive trade agreement, covering not only trade in industrial and agricultural goods but also services and establishment and government procurement, and the improvement of rules inter alia on government procurement, intellectual property, customs and trade facilitation, technical barriers to trade.

The EU is Mercosur's first trading partner, accounting for 20% of Mercosur's total trade in 2013. EU-Mercosur trade in that year was €110 billion.

Mercosur is the 6th most important export market for the EU (2013 data).