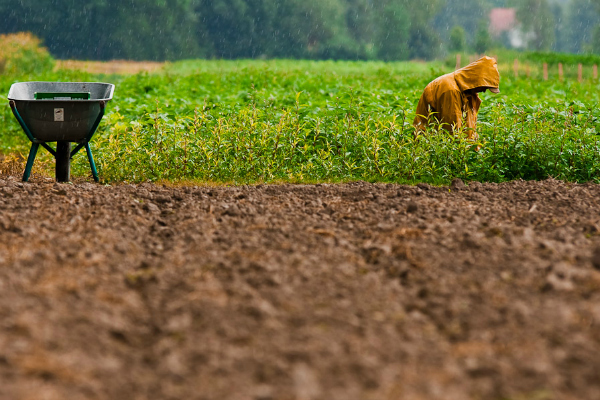 Farmers’ organisations are pressing EU negotiators to finalise a deal on the future agricultural policy amid growing concern that an agreement will not be reached before the end of June, further delaying implementation of Europe’s biggest programme.

Negotiators were hoping to conclude talks on the Common Agricultural Policy (CAP) this month, before Ireland hands over the presidency of the EU Council to Lithuania and ahead of a Parliamentary plenary session in July.

But several members of the European Parliament’s agricultural committee have expressed doubts that dozens of policy differences can be resolved by then.

Pekka Pesonen, secretary-general of the Copa-Cogeca farming organisations, told EURACTIV that the negotiators “have to speed up the process” to agree on CAP policy, a complex set of proposals that introduce new environmental and financing standards.

Already, full implementation of the new CAP is unlikely until 2015 – one year after the 2014-2020 policy is due to go into effect. Pesonen said further delays would create uncertainty for farmers amid growing concerns about global market volatility and rising production costs.

“We clearly do not want a deal at any price but we do not believe that prolonging the talks beyond June will achieve anything,” said the Copa-Cogeca letter, sent to MEPs on Wednesday (5 June).

“Positions are known. All sides just have to compromise. If no agreement is reached now, it could be years before one is got, causing uncertainty for farmers and political instability. This is the last thing farmers or indeed Europe need.”

Negotiations have now entered their third month following the Parliament’s approval on 13 March of a sweeping package of legislation that includes new environmental standards for farmers, a plan to gradually harmonise direct payments to farmers whether they are in new or older member states, and a timeline for phasing out support schemes for sugar and grape growers.

Also, negotiators must come up with final figures for the EU’s 2014-2020 budget, with an overall total expected at €960 billion. The budget for agriculture and rural development is expected to be around €380 billion, with some €280 billion set aside for direct payments to farmers and around €80 billion for rural development.

Ireland’s agriculture minister, Simon Coveney, has said he expects a CAP deal this month. But with outstanding issues on financing and ongoing controversies over proposals to impose new environmental standards on the farm industry, that goal now appears uncertain.

British MEP James Nicholson, agriculture spokesman for the European Conservatives and Reformists, said the deal should not be rushed.

"For my money, it is now extremely unlikely that we can get the right agreement in the extremely short timeframe under the Irish presidency,” he said on 4 June after the latest round of three-way talks between negotiators from the Parliament, the Commission and the EU Council.

"After all the work that has been done so far, a final agreement does not need to be rushed,” Nicholson said. “The right result is the important thing, not how fast we get there. We need a good deal or no deal."

Whatever deal emerges is unlikely to please environmental groups that have fought to preserve measures set out in the European Commission’s original proposal in October 2011 and adopted, after a bitter debate, by the Parliament on 13 March.

Negotiators have agreed to give the member states that will enforce the rules broad leeway in enforcing standards that are intended to promote more crop rotation, encourage wider use of buffer strips and non-farmed areas, and to nudge farmers towards compliance with water and air quality standards from which they are now exempted.

Faustine Defossez, the agriculture specialist for the European Environment Bureau, a Brussels-based campaign group, said the three-way talks had moved Europe away from “a greener agricultural policy".

During recent negotiations, “decisionmakers discussed proposals which would exempt more than a third of EU farmland from all greening practices.  Worse, the 70% that would still need to comply with greening measures could escape these through a questionable equivalence mechanism instead of a package of measures compulsory at farm level," Defossez said.

“If this were to become the final deal, decision makers would be hard pressed to present this as a green reform and keep a straight face."

The debate and vote on the Common Agricultural Policy (CAP) is a historic one for the European Parliament.

With powers it acquired under the 2009 Lisbon Treaty, lawmakers now have a direct say in shaping the future of farm policy.

The CAP turns 51 in 2013 and remains the most expensive EU programme. But it has fallen from more than 70% of the budget in 1962 to less than 40% for 2014-2020, under the draft budget approved by the EU Council in February. The Lisbon Treaty also gave the Parliament new powers over spending.

Despite its monolithic political and fiscal importance for the EU, agriculture is a small part of the economy: it accounts for 1.7% of GDP and 4.6% of employment, OECD figures show. Agro-food products were 6.5% of exports in 2009.