Farm to Fork needs a tweak in its ‘fork’ part, says MEP 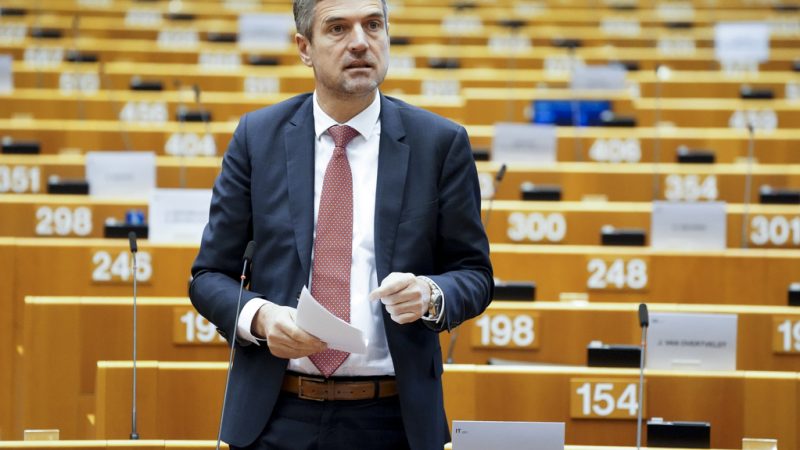 The Italian lawmaker Herbert Dorfmann is the European Parliament's rapporteur on the Farm to Fork strategy. [EP/BUISSIN]

This article is part of our special report Farm to Fork: what role for consumers and innovation.

The Italian lawmaker Herbert Dorfmann is the European Parliament’s rapporteur on the Farm to Fork strategy, the EU’s flagship food policy. He spoke with EURACTIV’s agrifood editor Gerardo Fortuna.

What is lacking in the Commission’s F2F that the European Parliament could fix?

The Commission wants to take a slightly broader view of food systems with its strategy. This is the right approach and the implementation of the Green Deal in farming is important, but if we want to move towards more sustainable agriculture the consumer side must play a major role.

Unfortunately, the Farm to Fork as it was presented remains too much focused on ‘farm’, while the ‘fork’ aspects have been a bit overlooked. The responsibility for the transition needs to be spread across all elements of the food chain, not just agriculture.

Can you mention an example?

All the substantial aspects of the strategy, such as pesticide and antibiotics reduction targets, are on the ‘farm’ side. But, for instance, when it comes to the promotion of the organic sector, only the surface area for organic cultivation has been mentioned as a target. They could have put a 20% target for the market to be organic, so the consumer would have understood that they have an important part to play too. The target for organic land is good as long as the consumers buy these products, otherwise, it becomes a disaster for farmers.

On the consumer side, the strategy seems to rely heavily on labelling. Is it the only way to ‘nudge’ consumers?

To be completely honest, I have strong doubts about this. Countries have already their labelling systems and there is a bit of everything on our labels. The most developed labelling framework in the world at the moment is, in my opinion, that of the United States. But I don’t have the impression that their diet is healthier than ours.

So, what do we need to improve this situation?

For the label to be effective, we first need consumers who care about the labels, who wants to read them and knows how to do that. Consumers must be educated to know what eating a certain food means, what fats do and what sugar is, for instance. I am sometimes appaled that, although food is one of the most important things in our lives, the school system has given up on educating children on this.

There is much talk about Nutriscore, the French nutritional labelling framework. What is your take on it?

On the one hand, I agree with those, like consumers association BEUC, who say that a label must be clear and simple since malnutrition is growing in the less educated section of the population, the one who has less money to buy food. But on the other hand, the Nutriscore risks being, unfortunately, too simple.

Another problem of the Nutriscore is that although fighting overprocessed food, it could paradoxically act as a catalyst for big industries to reformulate their products and add further industrial processes to foodstuff. So, to get a high score, ice-cream makers could be tempted to remove a little bit of sugar replacing with other sweeteners or put a random amount of fibre in the mix just to get some more.

Do you think that the strong push on environmental ambition has somehow overshadowed the role of innovation in the transition?

Sometimes I get the impression that there is a bucolic vision of agriculture in a sort of nostalgia of the good old days. The consumer is led to think that the best agriculture is that of yesterday and often farmers themselves sell this aspect for marketing purposes. This is a somewhat misleading vision: these improvements will only be made with advances in technology such as less impactful chemicals, ever more resistant plants and new application technologies. We often pretend that yesterday’s world was perfect and new technologies are a problem, but that’s not the case.

Which kind of innovation could lead to this transition?

Innovation in agriculture is nothing new. If you think about what farmers used to do fifty years ago and what they do today, that’s a completely different world. We need to move forward and accelerate with technologies already available today: precision farming, self-propelled machinery, sensor technology, the possibility of treating plants only where it is needed, the use of satellite systems such as Copernicus to identify areas where fertilizer is needed or not.

Are farmers ready to cope with this innovation?

It is true that young people are clearly more open to innovation and they may think differently than those who are 70 and about to retire. Therefore, we need more young people, but they need to be prepared. However, we are letting new people in agriculture and pay them with public money, even if they have never learned how to be farmers. Being a farmer is one of the most delicate activities that can be done because you produce food products. We ask hairdressers or doctors to be trained and it is a good thing, at the same time a farmer needs to learn how to farm. I wouldn’t give a helping hand to someone who has never been trained in agriculture for the first time.