A special edition of the Agrifood Podcast [SHUTTERSTOCK]

On 20 May after several delays, the EU executive unveiled its 27-action point landmark food policy aiming to transform the European way of producing, distributing and consuming food.

The F2F has been put “at the heart of the European Green Deal,” the official communication reads, but Commission vice-president Frans Timmermans highlighted that it is also “a central element of the EU recovery plan.

Lawmakers and stakeholders interviewed by EURACTIV explored the main aspects of the strategy.

Norbert Lins, chair at the European Parliament’s Agriculture Committee, pointed out that the focus should be on ensuring that Europe’s agri-food system continues to deliver food security. 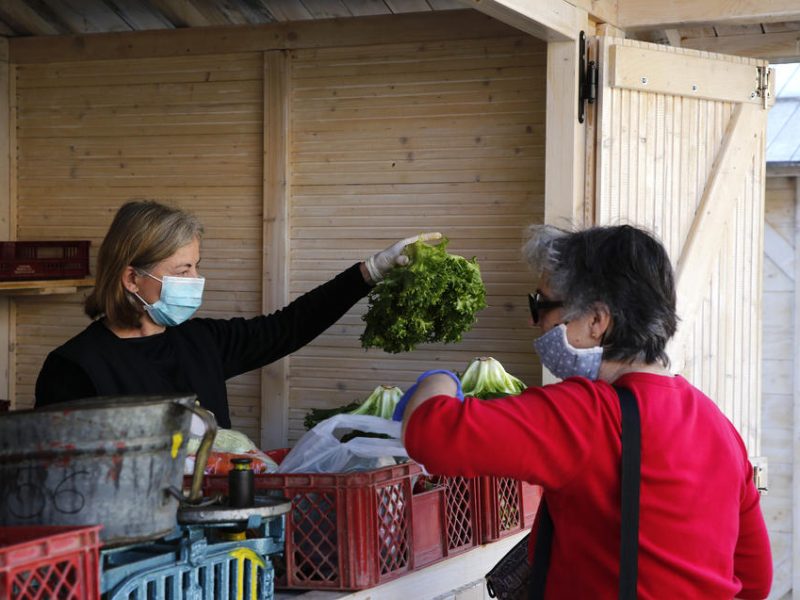 Likewise, the secretary-general at EU farmers association COPA-COGECA, Pekka Pesonen, criticised the strategy saying that setting targets is not enough, since the Commission had failed to deliver a set of tools on how farmers could reach those targets.

For Jabier Ruiz, Policy Officer for Agriculture and Food at the WWF EU Office, Europe will certainly make more progress in the right direction with those targets than in their absence.

As the strategy unveiled the highly anticipated target for the reduction of pesticide use and risk, as well as the promotion of alternative to pesticide, EURACTIV spoke with Geraldine Kutas, Director General at the European Crop Protection Association (ECPA), Martin Dermine from Pesticide Action Network Europe (PAN) and Jennifer Lewis from the International Biocontrol Manufacturers’ Association (IBMA).

The EU’s Farm to Fork (F2F) strategy has set a target of 25% of agricultural land in the EU being farmed organically by 2030, a three-fold increase and Eric Gall, policy manager at the EU organics association IFOAM, shared his take on this target.

Nick Jacobs, from the International Panel of experts on sustainable food systems, told EURACTIV that he would have liked to see the strategy go further in promoting agroecological practices.

One of the keys to successful implementation of the Green deal in the farming sector lies in its co-ordination with the EU farming subsidies program, the Common Agriculture Policy  (CAP).

On this matter, EURACTIV spoke with Pierre Bascou, director in charge of sustainability and income support in DG AGRI, who pointed out the need to introduce some improvements into the Commission proposal.

Experienced socialist MEP Paolo De Castro, who was the European Parliament’s rapporteur on the 2013 CAP reform, is more cautious on this, saying lawmakers should overcome the logical separation between the reform of the CAP and the new Green Deal.

The final version of the strategy softened its stance on reducing meat consumption and production but offered staunch support for alternative proteins. EURACTIV talked with Jean-Louis Peyraud, President of the Animal Task Force, a platform working to foster a sustainable livestock farming, and with Olga Kikou from the NGO Compassion in World Farming (CIWF) and with Alex Holst from the Good Food Institute, a nonprofit that promotes plant-based alternatives to meat.

Lastly, the F2F also promotes new green business models to involve all actors of the food chain in achieving its sustainability. For instance, it supports a more “circular” way of intending food processing and retail, as well as socially responsible production methods.

We asked Will Surman, the Director of Public Affairs and Communication at Food Drink Europe, and Giulia Tarsitano, food policy manager at Eurocoop, if they think that the F2F managed to promote sustainable business model in the whole supply chain.