Farm to Fork studies do not give ‘whole picture’, agri stakeholders warn 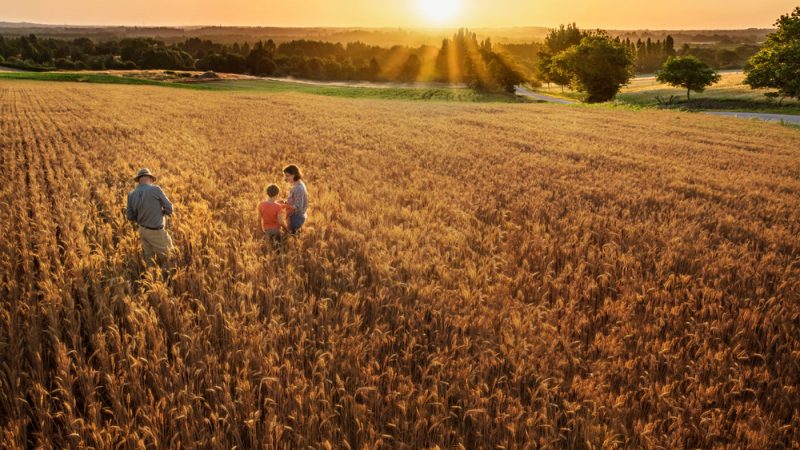 The Farm to Fork, which outlines a number of targets aimed at greening the EU's agri-food sector, has sparked fierce debate ever since its unveiling in May 2020, with stakeholders warning of its far-reaching ramifications. [SHUTTERSTOCK]

Agricultural productivity could decline if several studies on Farm to Fork policy impact are to be believed. But critics say the studies do not paint the whole picture and the EU’s flagship food policy is on the right track.

Farm to Fork, which outlines several targets to green the EU’s agri-food sector, has sparked fierce debate since its unveiling in May 2020. Stakeholders have since warned of its far-reaching ramifications.

For some, the outcomes of these initial studies concluded that the Farm to Fork goals are in reach but risk a significant reduction in EU food production and farmers’ income, confirming their worst fears over the strategy’s impact on the sector.

Conversely, environmental organisations have been quick to highlight the shortcomings of the studies. They say they do not consider the full range of benefits that more sustainable production would bring to the sector.

The main divide between the two sides is that the industry wants an overall impact assessment of the F2F. At the same time, green associations believe that evaluating each measure in the strategy will be enough.

Among the recently criticised documents, there is the long-awaited European Commission Joint Research Centre’s (JRC) technical report on sustainability goals in the Common Agricultural Policy (CAP), which was controversially published back in mid-August.

In a statement published on 12 October, European farmers’ associations COPA-COGECA and a range of agri-food companies joined forces to express their concern over the results of the JRC.

“The data clearly points to impacts on trade, on farmers’ incomes and ultimately on consumer prices,” the statement reads, adding a warning that changing the food system under these conditions will be more difficult. Furthermore, imposing consumption taxes – as proposed by the European Parliament – could make it socially unjust.

However, the recently published studies were not comprehensive, according to Jesus Barreiro-Hurle, senior economist at the Commission’s JRC and one of the authors of the contested study.

“Our study was concentrating on the producer point of view, basically the farmers, but we miss all the other parts, such as consumer behaviour,” he pointed out during a recent EURACTIV event.

The four chosen targets “have captured all the attention, but are far from giving a full picture”, Jesus Barreiro-Hurle concluded.

This point was also raised by EU Agriculture Commissioner Janusz Wojciechowski, who tweeted on 18 October that reports should be “treated with prudence” as they “cover only a limited set of targets”.

In November 2020, the Economic Research Service of the US Department of Agriculture (USDA) released a report analysing the potential economic and related impacts of the F2F.

The study concluded that in the extreme case scenario of global adoption of the EU’s strategy, food prices would rise worldwide by 89%, reducing agricultural output by 4%.

In the same event, Jayson Beckman, an agricultural economist at the Economic Research Service of the United States Department of Agriculture (USDA), said food insecurity might increase due to the EU’s green targets.

“If you have fewer products available on the market, you will see an increase in prices,” he said.

However, for JRC’s Barreiro-Hurle, all the studies published to date are based on the assumption that nothing will change in the rest of the world.

Pointing out that these policy changes do not happen in a vacuum, the researcher stressed that “when a problem becomes a priority for all stakeholders and governments across the planet, we see things that were thought to be impossible beginning to happen”.

Another criticism levied against the studies is that they are “not at all looking at the positive impacts of the Farm to Fork strategy”, according to Célia Nyssens, policy officer for Agriculture at the European Environmental Bureau (EEB).

“The whole critique is based on the assumption that we don’t change anything on the demand side”, she told EURACTIV, pointing out that, on the contrary, “there already are initiatives on, for example, tackling diet change” in the EU.

“Is a drop in production really such a problem when it is clear that we need to reduce food waste and change our diets?” she asked.

For French Green MEP and member of the European Parliament’s agriculture committee (AGRI) Benoît Biteau, we “already know the answer.”

“If there’s one thing we should keep in mind, it’s that on the one hand, we have the option of a virtuous circle, on the other a vicious one if we remain in the status quo”, he told EURACTIV.

“And we know that if we pass from the vicious to the virtuous circle, we can resolve all our problems – climate change, farmers’ revenues, food quality – while perfectly guaranteeing food security,” he affirmed, calling on lobbyists to “stop their apocalyptic messages”.