Stakeholders were quick to point out that the critical role of farmers must be considered in any increased ambition by the EU to reduce emissions by 55% by 2030. [EPA]

The president of the Irish farmers association has expressed his disappointment at the lack of support European Commission President Ursula von der Leyen showed Irish citizens and farmers in her maiden State of the Union speech, saying that her comments about Brexit were “chilling” for Irish farmers.

In response to the Commission chief’s remarks about the fading prospects of a Brexit deal, it was “disappointing” that von der Leyen did not follow these remarks with a “clear commitment that the EU would support its citizens, and in particular farmers, from the inevitable consequences,” Tim Cullinan said in a statement on the Irish farmers association (IFA) website.

The comments come on the backdrop of rising tensions between the bloc and the UK, whose Prime Minister Boris Johnson has threatened to breach key parts of its Withdrawal Agreement, triggering concerns over the future movement of goods, including agricultural goods, between Northern Ireland and the rest of the UK.

“Farmers are increasingly concerned that they will be the ones to pay the price of Brexit. It is now clear that the EU needs to set out how it intends to respond to protect the farming sector,” he urged, stressing that the EU must “spell out the specific safety nets it intends to put in place to support farmers”.

Despite a strong focus on the environment and the need to reduce carbon emissions, agriculture warranted only one passing mention in Von der Leyen’s 90-minute discourse, delivered on Wednesday (16 September).

Stakeholders were quick to point out that the critical role of farmers must be considered in any increased ambition by the EU to reduce emissions by 55% by 2030.

“In the State of the Union, von der Leyen speaks exactly 0 times on the importance of agriculture. If these are her priorities, there is still a lot of work to be done!” MEP Annie Schreijer-Pierik tweeted afterwards, calling the omission “gross negligence”.

She added that the EU’s “innovative farmers and market gardeners ensured food security for the EU in a corona crisis” and deserve more attention.

Likewise, Cullinan stressed that farmers play an essential role in Europe’s future, whether providing food or sequestering carbon, and the EU should therefore ensure this future is protected.

“Europe wants to go faster but food security and impact on food production must not be forgotten. The COVID-19 crisis has shown how fragile our food supply chain can be,” Cullinan cautioned.

This is not the first time that farmers have been left out of the equation in von der Leyen’s speeches.

The Commission chief already came under fire for not mentioning the farming sector in her first address to the European Parliament plenary in Strasbourg in July last year. 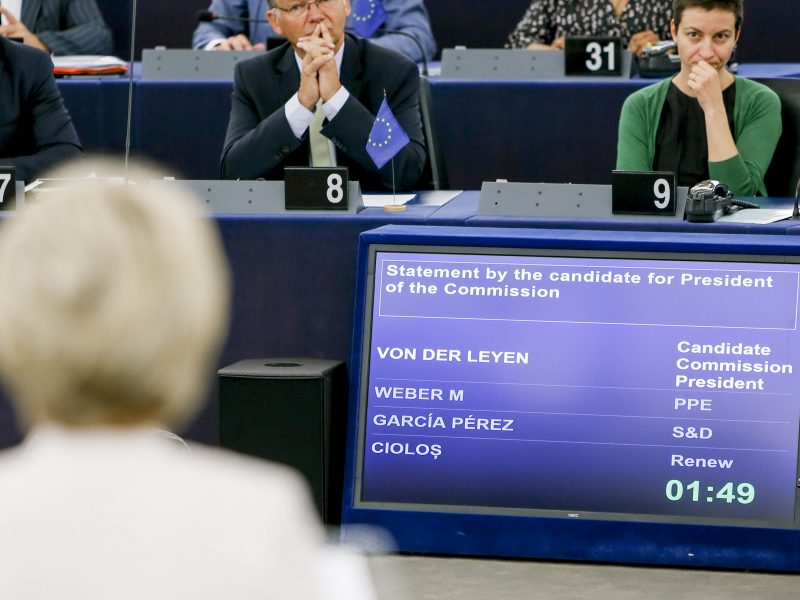 Ursula von der Leyen’ slip-up on agriculture did not pass unnoticed by lawmakers, who voiced regret that the Commission president-elect did not mention at all the farming sector in the first speech she addressed to the plenary in Strasbourg last Tuesday (16 July).