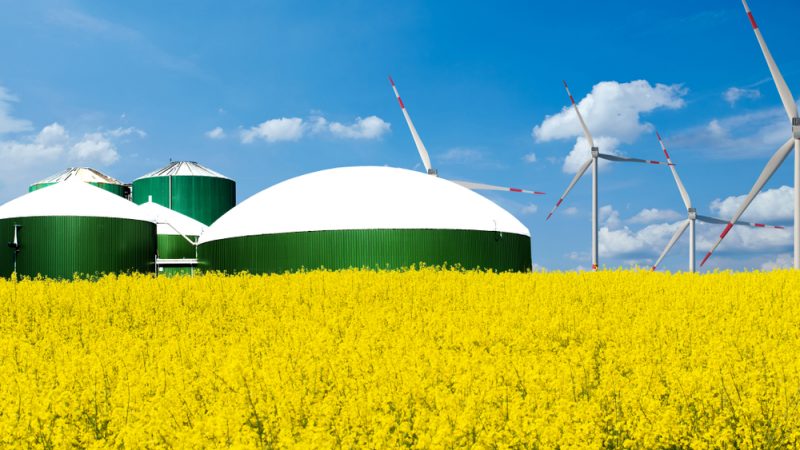 A biogas plant behind a rapeseed field. [SHUTTERSTOCK/KAUKORAT]

Europe’s farming community gave a lukewarm reception to the possibility, suggested by the European Commission, of transferring up to €7.5 billion from the EU’s farming subsidies to the support measures aimed at overcoming dependence on Russian fossil fuels.

On Wednesday (18 May), the Commission presented its new €300 billion plan, dubbed REPowerEU, to increase energy savings, boost renewables, and diversify European supplies of oil and gas in a bid to eliminate Russian energy imports by 2027.

Among the additional investment, REPowerEU features the possibility for member states to voluntarily transfer a considerable amount of money from some EU funds, such as the Cohesion Policy and the Common Agricultural Policy (CAP), to the Recovery and Resilience Facility (RRF).

However, this flexibility in using CAP funds was not well received by farmers.

“Using funds from the CAP national strategic plans can only be acceptable if the REPowerEU investments are initiated by the farming community,” said a letter, seen by EURACTIV, the farmers’ lobby COPA-COGECA sent to Commission President Ursula von der Leyen on 12 May.

The Commission’s communication on the matter states that “delivering part of the Common Agricultural Policy financing under the Recovery and Resilience Facility speeds up the implementation of relevant projects, allowing farmers to receive the necessary financial support to reduce the use of synthetic fertilisers and increase the production of sustainable biomethane or renewable energy”.

In particular, up to €7.5 billion can be reallocated from the CAP’s second pillar, the rural development fund, to the RFF, the key financial instrument of NextGenerationEU, which is the temporary instrument designed to boost the bloc’s recovery from the COVID-19 pandemic.

COPA-COGECA insisted that the re-direction of rural development money to a different scope should only be possible if the farming community initiates the REPowerEU investments.

In their letter, COPA-COGECA presidents stressed the need to adequately address the contribution of European agriculture and forestry in the REPowerEU action plan when it comes to reducing EU energy, fertiliser, and high-protein rich by-products dependencies, in part by directly involving the European agriculture in the zero-carbon transition.

The plan also mentions the recently unveiled Biomethane Action Plan, which doubled the EU’s goal for home-grown biomethane production to 35 billion cubic metres per year by 2030.

According to the Biomethane action plan, member states’ national CAP strategic plans should be instrumentalised to “channel funding to biomethane produced from sustainable biomass sources.”

This includes in particular agricultural wastes and residues, the communication specifies. 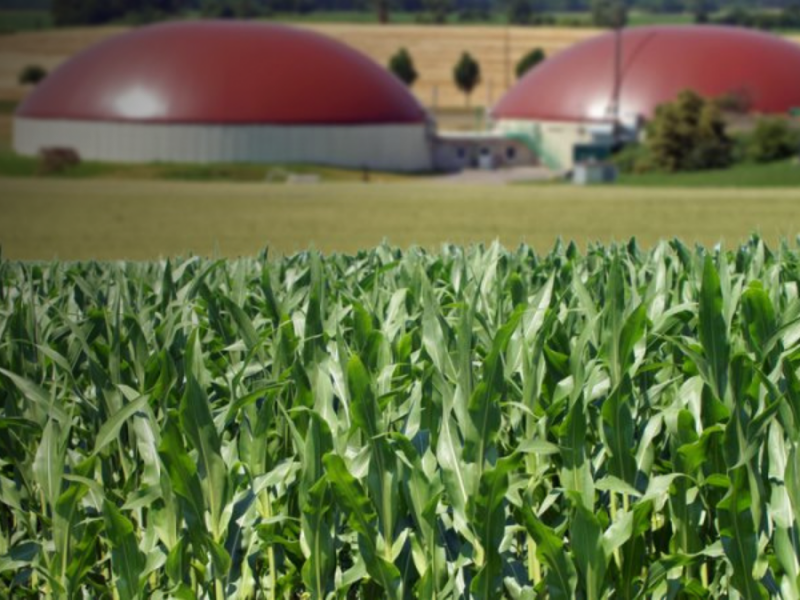 Irish centre-right MEP Colm Markey told EURACTIV that lawmakers were perplexed by the idea of making available funds to boost biomethane production since the world is on the brink of a food security crisis.

“Food production should be the top priority for our farmers, followed by feed and then bioenergy,” he said, adding that there are plenty of other schemes that could be used to generate the required funding.

“We also urgently need a land-use strategy that prioritises food production alongside a comprehensive protein strategy in light of the Ukraine war,” Markey continued.

Likewise, Italian MEP Herbert Dorfmann – who is the agriculture spokesperson of the European Parliament’s largest political group, the European People’s Party (EPP) – disagreed with the idea of using agriculture subsidies for a fund that goes completely outside the control of the rural development plan without any ringfencing for agricultural projects.

“Further incentivising the use of food for biogas at this moment seems to me simply immoral,” he added.

However, the biogas and biomethane sector hailed the Commission’s package, seeing the industrial alliance proposed in the context of REPowerEU as an essential instrument to steer cooperation between policymakers, investors and the biomethane value chain to drive technological innovation.

“The additional 37 billion euros of targeted investments proposed by the Commission can support the development of new capacity and infrastructure to accommodate biomethane into the gas grid and create energy communities,” Harmen Dekker, the CEO of the European Biogas Association (EBA),  explained in a note.