The research comes on the back of calls from stakeholders for more focus on the role of feed additives in contributing to sustainability goals, who maintain they hold enormous potential for reducing the environmental impact of the farming sector. [SHUTTERSTOCK]

“Feed additives is most probably one of the important factors [for sustainability] and a new factor that most people outside the agriculture sector do not necessarily recognise,” Pekka Pesonen, secretary-general of EU farmers association COPA-COGECA, highlighted during a recent EURACTIV event.

Likewise, Eva María Zamora Escribano, head of unit for animal nutrition and veterinary medicines at the European Commission’s DG SANTE, stressed that, despite being relatively unknown, feed additives have a “very positive impact on the environment”.

These include a number of benefits, ranging from reducing excess phosphorus and nitrogen to helping to reduce antimicrobial resistance. 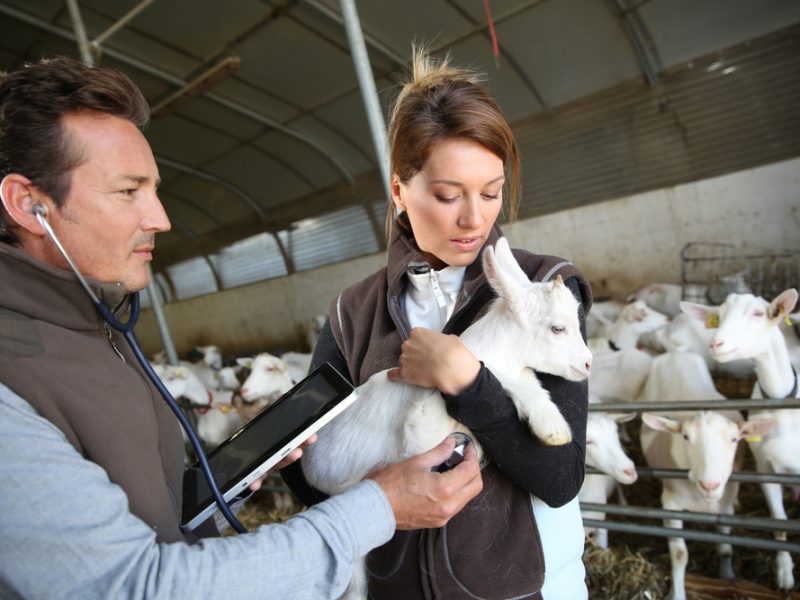 'Efficiency not a dirty word': why bigger can sometimes mean better in farming

The concept of efficiency and productivity in farming is often taken to mean poor animal welfare and sustainability, but that is not necessarily the case and more work must be done to change this perception, stakeholders highlighted at a recent event on animal welfare.

For example, recent preliminary research from the University of California found that adding selected strains of microorganisms as a feed additive for cows could slash methane emissions by up to 60%.

The research, which is still ongoing, also suggests that, in addition to reducing greenhouse gas emissions, the use of microorganisms as a feed additive offers multiple health benefits for the animal, such as an improvement of the intestinal microbiome, which led to greater milk production.

Feed additives were also highlighted for their potential to help improve animal welfare, something that could go hand in hand with solving the eternal dilemma of producing ‘more with less’, according to Almudena Rodriguez, policy offer for animal nutrition and veterinary medicines at DG SANTE.

“I think it is clear that there are some additives that increase meat production, but the way they do this is because the animal is healthier because the animal has a physiological condition that allows him to produce normally without any constraint,” she said.

Citing the example of using microorganisms to help improve the intestinal flora of livestock, Rodriguez said this is something that can make the animal productive in a healthy and sustainable way.

“As such, what we do is to favourise a good physiological condition, and this is the aim of the majority of the additives,” she added.

For additives to reach their potential, stakeholders stressed the need for a regulatory framework that encourages research and development in this area while also enabling fair competition in the marketplace.

One of the objectives of the EU’s flagship food policy, the Farm to Fork strategy (F2F), is the revision of the feed additives regulation.

As part of this, the Commission will soon launch a combined evaluation roadmap and impact assessment on the law’s revision, according to Escribano, who said she hoped that this paper would be available before the Christmas break.

Séverine Deschandelliers, president of the EU association of specialty feed ingredients and their mixtures (FEFANA), stressed the need for the new framework to “adapt faster to the evolution of science in animal nutrition” as well as the development of feeding practices at farm leaders.

“We really need that to be reflected in the new regulations,” she emphasised.

Rodriguez added that she saw this revision in the F2F strategy as a way to “raise awareness about feed additives” and the role they can play in agriculture, saying there is a need to address some legal clarity in some areas and streamline legislative processes.