At the end of July, the EU gave the federal government two months to take steps to reduce nitrate pollution in groundwater.

EU member states are subject to a nitrate directive, which each country must transpose into national law. In the Commission’s view, Germany had not done enough to reduce its excess nitrate levels in groundwater.

According to Schulze and Klöckner, discussions in the Berlaymont building were held in a pleasant atmosphere. The debate was “very constructive”, but also “intensive”.

Both emphasised the role of the federal states (or Länder) to the environment Commissioner, as these are responsible for regulating the application of fertilisers.

According to Klöckner, Vela was very well-informed about the position of the Länder in Germany. He made it clear that the ministries had to work more quickly and more closely with the Länder, according to Schulze.

“There will be stricter measures,” warned Klöckner. As an example, she mentioned extending the fertiliser gap for water bodies, but noted that new rules would mean “farmers would have to make extensive efforts.” 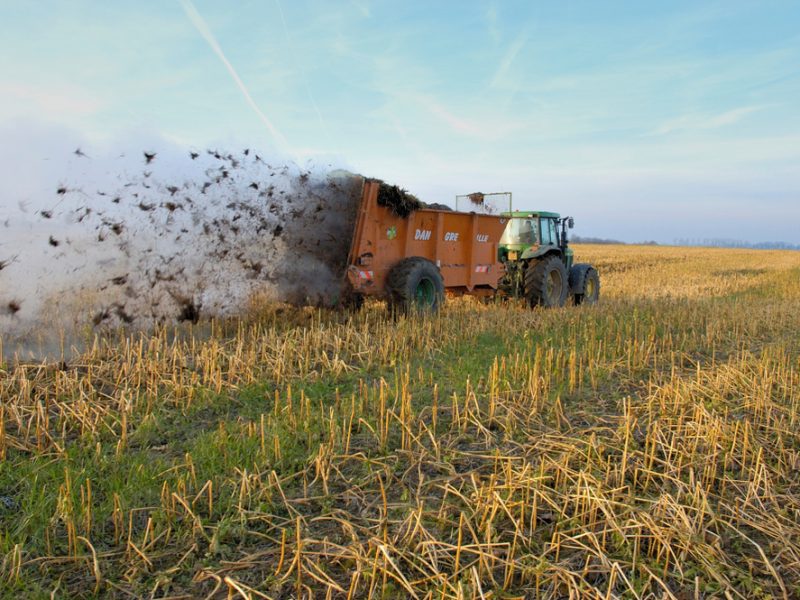 The European Commission criticised Germany for its excess nitrate levels in groundwater. If Germany’s environment and agriculture ministries fail to put proposals on the table quickly, high fines could be imposed. But this is not the only warning from Brussels. EURACTIV Germany reports.

A case before the European Court of Justice and repeated delays

The debate about excessive nitrate levels in German groundwater has been going on since 2013 when the Commission sent its first letter of formal notice to Berlin.

As Germany’s reaction was not sufficient for the Commission, the EU executive had appealed to the European Court of Justice (ECJ).

In a warning letter sent on 27 July, the EU called on the environment ministry to increase its efforts to reduce nitrates in groundwater. In doing so, it would comply with a June 2018 ruling of the ECJ.

The government was called upon to propose appropriate measures within eight weeks. Otherwise, the next stage of proceedings might be imminent. In the event of another ECJ judgment, Germany would face fines as high as €850,000 per day.

The government then agreed to tighten the fertiliser regulation. According to the regulation, farmers in particularly polluted areas are to spread one fifth less liquid manure.

However, the legislative process was repeatedly delayed.

The two ministries stated that it was essential to prevent too much nitrate from getting into the soil while ensuring that the fertiliser could “reach the plant, as needed.” They also referred to the obligation of the Länder to designate particularly polluted areas.

Around 28% of measuring points are in the ‘red’

According to the country’s environment agency, the quality of drinking water in Germany is consistently good to very good. However, the situation is different when it comes to groundwater.

For 18% of the measuring points verified by the EUA groundwater monitoring network, which reports to the European environment agency, the nitrate content is above the threshold rate of 50 mg/litre.

In areas where the agricultural sector is very active, 28% of the measuring points exceeded the threshold.