This article is part of our special report Innovation, CAP and Green Deal: A tough equation?.

As the harmful effects of chemical pesticides have increasingly become a cause for concern, the reduction of pesticide use has been put high on the political agenda.

This is reflected in both the European Green Deal, which specifies an “increased level of ambition to significantly reduce the use and risk of chemical pesticides”, and the new Farm-to-Fork (F2F) strategy.

There have recently been a number of banned active substances. While lauded by campaigners and environmentalists, this reduces the number of tools that EU farmers have at their disposal.

In their roadmap for collaboration report, the association of European farmers and agri-cooperatives Copa-Cogeca highlights this problem, saying that since 2009, EU farmers have faced “increasing obligations to use alternative non-chemical pest control techniques, despite the insufficient information, knowledge and products at their disposal”.

So while the ambition to reduce pesticides is clear, what remains less clear is how this will be achieved and what the future of plant protection will look like.

Biocontrol technologies are becoming an increasingly more important addition to the farmers’ toolbox, helping them ensure the future sustainability of the crop sector.

According to IBMA, an association which represents biocontrol manufacturers, microbial biocontrol products are a growing market in the EU, currently representing a European market size of approximately €2bn of a €3.6bn market.

Geraldine Kutas, director-general of the European Crop Protection Association (ECPA), told EURACTIV that there is no question that farmers require “effective and safe solutions to fight with pests and diseases”. There is also little doubt that using nature as a starting point provides “more opportunities to develop products with low-risk toxicological profiles, low residue levels and even more rapid degradation.”

However, although there are various incentives in Europe to promote the commercialisation and use of biopesticides, there is a lack of specific regulation regarding products based on microorganisms or biochemical extracts, meaning that they generally follow the same regulatory path as chemicals.

Anika Gatt Seretny, senior communications manager at ECPA, concurred, telling EURACTIV that nearly 40% of all new actives that have been put on the market since regulation 1107 took effect have been biopesticides but that the “poor execution of the 1107 timelines has clearly hindered the development of biopesticides”.

She added that the average time for approval of a biopesticide in the EU is four years compared to two in the US.

A recent 2018 Agrow Biopesticides report found that in the US, where there are specific regulatory definitions and paths for biopesticides, registration is considerably faster and cheaper than in Europe, with microbial pesticide products brought to the market 1.6 years sooner, on average, compared with Europe. 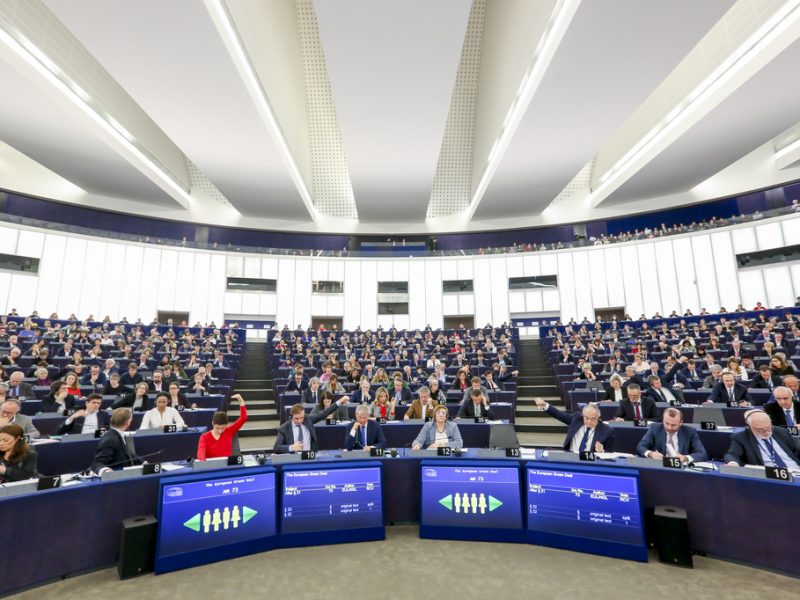 Isabelle Babrzyński, communication and operations manager at IBMA, told EURACTIV that  these biocontrol solutions “protect the crops and environment of today and importantly tomorrow, and are the first choice for controlling pests and diseases sustainably.”

“In Europe, microbials are an important part of the biocontrol tools box for farmers,” she said, adding that the European Commission is “currently reviewing the data requirements for microorganisms with the member states aiming at adapting these to make them more proportionate to the biological profile of microbial products.”

Babrzyński also said that “member states are considering how to harmonise their approach to microbials and labelling as well as possible mitigation measures to maximise the market access of these products while ensuring safety to users and consumers.”

Pekka Pesonen, the secretary-general of farmers and cooperatives organisation COPA-COGECA, said the “availability of proper tools, including mechanical, chemical or, in this particular case, biocontrol technologies is a key element to properly implement Integrated Pest Management.”

He added that this kind of innovation is essential, especially considering that “EU farmers and their cooperatives are confronted today by multiple challenges, including new pests and diseases”.

In an interview with EURACTIV, Andreas Huber, integrated field science leaders in Europe for the agricultural company Corteva, said “the demand has massively grown” for biological pesticides in Europe. He said Corteva is therefore looking to “expand their capacity, globally but especially in Europe”.

“Some of these biologicals are quite potent and, when combined with other methods of control, show very promising efficacy and very promising value for growers.”

He added that there is a “huge incentive for growers” to use biological pesticides because they help lower residues on crops and many of the compounds are compatible with organic agriculture.

In reference to the increasing number of pesticides which have been recently banned, “there’s often now almost nothing available anymore [for the farmer] because in the past we had pesticides such as organophosphates, but now they’re all gone so there’s nothing really left now to control certain diseases”.

He added that microbial biopesticides will play an increasingly important role in agriculture to help face the challenges brought by climate change.

“There are a lot of examples showing that with warmer climate, new pests are coming into Europe that really require control,” Huber said.

He added that biological pesticides, combined with conventional pesticides and new digital techniques, can be an important part of the toolbox for farmers to deal with these new challenges.

One response to “Fighting fire with fire: pest control by playing nature at its own game”