In July 2019, the Greens in the European Parliament voted against Ursula von der Leyen's bid as European Commission President. [EP/HOMMEL]

EU27 farming ministers and MEPs have recently agreed on their respective positions to start negotiations on a final text for the post-2020 Common Agricultural Policy (CAP).

Negotiations are set to start in the European Parliament on Tuesday (10 November), EURACTIV has learnt.

After having voted against the Parliament’s position, the Greens wrote an open letter to von der Leyen urging her to withdraw “the Commission’s weak and outdated CAP proposal and present a new one that is in line with the EU’s Green Deal.”

Likewise, a coalition of NGOs has also urged the EU executive to quash the original CAP proposal and safeguard the Green Deal, its flagship environmental policy.

In a reply to the Greens, seen by EURACTIV, the Commission president shared some of the doubts raised in the letter, saying that certain aspects of both positions indeed appear to her, at this stage, unable to forge a final CAP that could produce positive results and deliver on the Green Deal objectives.

Von der Leyen also recognised that the CAP proposal currently under discussion was adopted under the previous Commission mandate and that her cabinet endorsed it in line with the principle of institutional continuity.

But in the meantime, the European Green Deal has cast “a new light on the compelling necessity of the new CAP to deliver results that are commensurate with our new collective ambitions,” von der Leyen explained.

She pointed out that the recently unveiled Farm to Fork (F2F) and the Biodiversity Strategies, both embedded in the Green Deal, promote a more sustainable and healthy food system and that such objectives should be embedded in the new CAP.

However, despite these reservations, von der Leyen remains convinced that the negotiation process, if underpinned by a joint determination to honour the EU’s commitment towards sustainability, “can result in a new CAP that is fit for purpose.”

“I am therefore not considering a withdrawal,” she said.

According to von der Leyen, a good final compromise between the Council and the European Parliament would bring food security and a fair income for farmers but at the same time, “it should enable the CAP to be a key driver of the real change that we all agree must happen and happen now.”

In this regard, the final compromise should tangibly reward farmers who integrate biodiversity, environmental protection and climate-friendly practices into their daily work.

“We may just have a different opinion on how to get there,” she said, adding that in the coming weeks, she will indicate in detail what elements of the CAP reform are essential for the Commission in order to honour the EU’s ambition about climate, environment and a fair farming income.

According to the Agriculture Commissioner Janusz Wojciechowski, the European Parliament’s position is more ambitious than the one agreed by ministers, which sets the stage for tough talks with the member states. 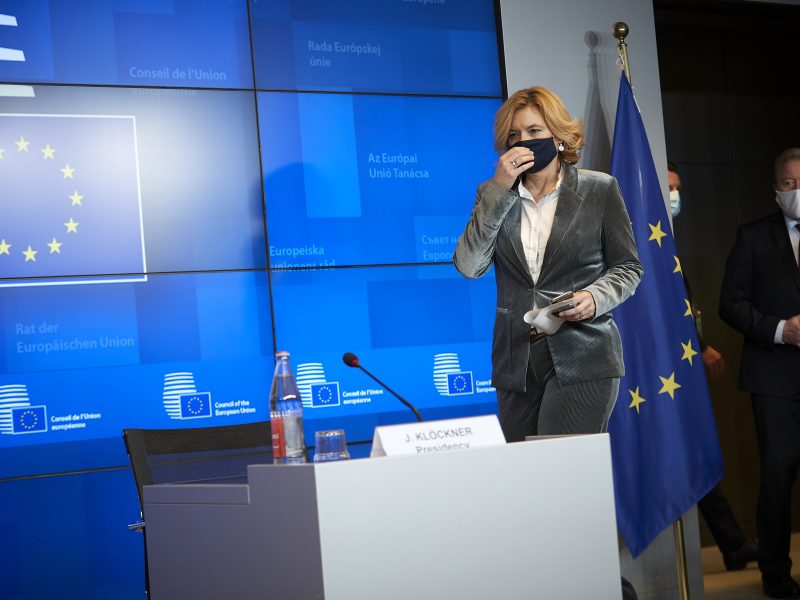