The COVID-19 pandemic has shown the resilience of the EU food supply, said Virginijus Sinkevičius [VIDAL-EP]

“Food security is no longer a major concern for the European Union”, he told MEPs in the European Parliament’s agriculture committee (COMAGRI) on Monday (22 June).

He said that other challenges are dominating the European food system, such as food waste, overconsumption, obesity and its overall environmental footprint.

To corroborate his claim, he cited the absence of expected shortages during the COVID-19 pandemic, except for a few products like asparagus or wine.

“The COVID-19 pandemic has shown the resilience of the EU food supply,” he strongly affirmed.

According to him, the best way to ensure food security in the near future is to switch as soon as possible to more sustainable food systems in order to face dramatic adjustments caused by climate change and biodiversity loss.

However, his stance caused some controversy, as food security is a concept carved into Treaties and, together with farmers’ support, takes centre stage in the EU’s main farming subsidies programme, the Common Agriculture Policy (CAP), which is also one of the bloc’s biggest envelopes, together with Cohesion policy.

The Commission highlighted both food security and the implementation of the European Green Deal as the two crucial aspects of its recent proposal of reinforced agriculture spending in the next EU’s long-term budget.

Earlier this month, Agriculture Commissioner Janusz Wojciechowski emphasised before EU farm ministers the strategic importance of agriculture and the CAP in ensuring food security in Europe.

There was no immediate reaction from MEPs on Sinkevičius’ remarks, but they have already expressed on several occasions their doubts about the effect that the Commission’s new flagship food policy, the Farm to Fork Strategy (F2F), will have on food security.

COMAGRI chair, the German MEP Norbert Lins, commented after the strategy was released that its focus should be on ensuring that Europe’s agri-food system continues to deliver food security.

The young Lithuanian Commissioner was grilled by MEPs about one of its main competences as environment Commissioner, the Biodiversity strategy, which is embedded in the European Green Deal.

According to him, sticking to the ambitious objectives of the Green Deal does not mean creating obstacles for this society to recover from the biggest economic shock the EU and the world have ever seen.

“On the contrary, it means creating conditions for our economies to develop much-needed resilience,” he said.

In a recent interview with EURACTIV.com, Sinkevičius said that keeping nature healthy and restoring our natural capital is at the core of sustainable growth and is even more important for increasing our resilience now.

“When you invest in nature, it means jobs and business opportunities,” he said.

“A time of high unemployment and low-interest rates is an ideal moment to invest in projects like nature restoration, protected areas, organic agriculture, and green and blue infrastructure.”

He stressed that protecting ecosystems also means contributing to the resilience of the local economy.

“That’s the path of the Green Deal. If we don’t follow that path, and we go back to destroying ecosystems instead of protecting them, we will limit business opportunities and we will diminish our socio-economic development potential.”

Farmers play an absolutely essential role in preserving biodiversity, he told MEPs. “Without them, there’s no Biodiversity strategy. We need to have them fully on board,” he said, reassuring farmers that he takes their concerns very seriously. 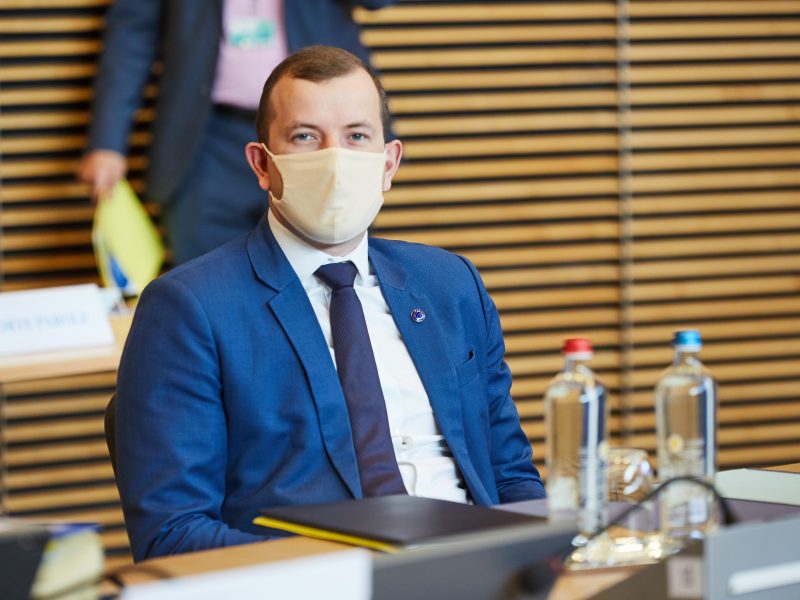