France ready to intervene in case of new scallop skirmishes 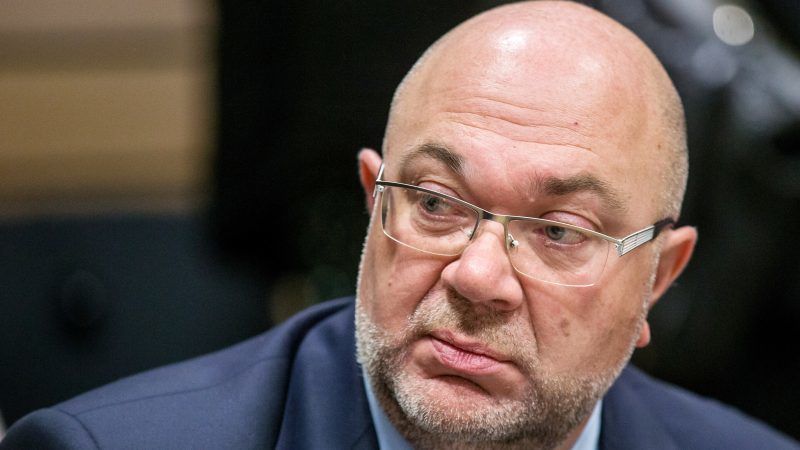 Britain on Tuesday (4 September) said it agreed with France’s decision to send its navy to waters in the English Channel where UK and French fishing boats clashed last week over access to scallop-rich waters.

“These are French waters so it’s the responsibility of the French to take any steps that they deem necessary to prevent any violence in the area,” a spokeswoman for British Prime Minister Theresa May said.

She added she was “not aware of any plans” to send British navy vessels to the Normandy coast after fishermen from both sides hurled stones, insults and rammed each others’ boats last Tuesday.

“Both ourselves and France have condemned that (violence) and our priority is to prevent further incidents from occurring,” the spokeswoman said.

British and French fishing industry representatives will hold talks in London Wednesday to avert any new confrontations in what has been dubbed a “Scallops War”.

France said Tuesday its navy is standing by in the contested area, around 12 nautical miles off the Normandy coast.

France says its navy is standing by to avert new clashes between French and British fishing boats after tensions flared last week over access to scallop-rich waters off the Normandy coast https://t.co/JLXBMAdKll

At stake is access to rich stocks of the pricey delicacy in waters near the mouth of the Seine River.

French boats are allowed to fish there only between October to May to protect stocks.

But a deal struck years ago exempts British boats less than 15 metres (50 feet) long from the restrictions.

French fishermen want that loophole to be closed, with representatives expected to press for the total ban on all boats during the summer months at Wednesday’s meeting.

But Mike Park, chief executive of the Scottish White Fish Producers Association, attending the meeting, said it was “difficult to be optimistic” on the prospects for such an agreement.

“We hope to strike a deal but that would be down to the French, because they have rejected the terms we’ve had in previous years,” he told AFP.

Tensions boiled over last Tuesday when five British boats sparred with dozens of French vessels in the waters off the French coast.

Some of the boats rammed each other, video footage showed. 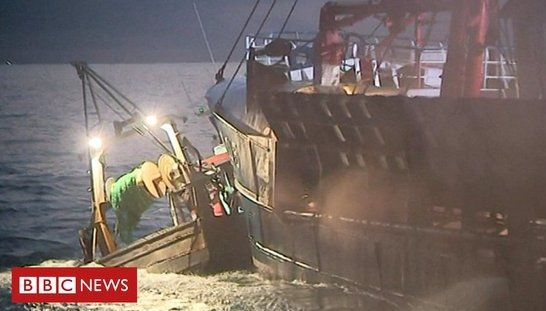 Stone-throwing, insults and dangerous manoeuvres on the high seas: French and British fishermen clashed in the English Channel over a hoard of scallops Tuesday (28 August), the latest flare-up in a years-long war over the prized shellfish.

“We’re going to have to work on this, because this situation cannot continue, we can’t have clashes like this,” Travert said.

He said a new deal was needed to ensure “a sustainable and efficient management of scallop stocks.”

But he said British fishermen should not expect a separate deal with France as the UK prepares to leave the European Union in March next year.

Travert said “tensions were rising” as the scheduled date for Brexit approaches.

“We want a global accord, and do not want to see fishing treated separately, because fishing should not be a variable for adjusting Brexit,” he said.

It doesn't matter whether the scallop dredgers are British or French: they're all involved in pillaging the sea floor.
Never eat dredged scallops.https://t.co/7ZsJ4VihdA