EU diplomat: "It’s a technical issue that was wrongly politicised […] agriculture should never be politicised.” [Shutterstock.com]

“France has sent emails to explore the new tendencies among the member states,” the diplomat said, adding that this could mean that even Paris is not convinced about its ultimate stance on the issue. 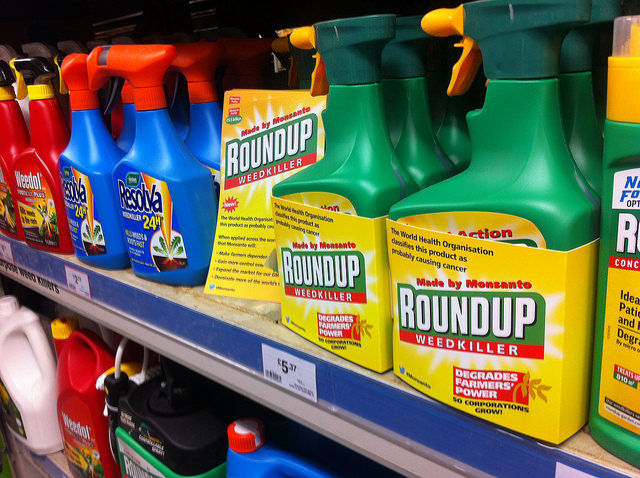 Health Commissioner Vytenis Andriukaitis told EURACTIV in May: “I must be humble, I am not a scientific expert, but it seems to me that political opinions cannot outweigh broadly agreed scientific opinions.”

The stance of France

At the last Standing Committee on Plants, Animals, Food and Feed meeting (SCoPAFF) in July, the Commission asked for written comments on the re-authorisation proposal by 4 August 2017 or, if that was impossible because of the summer holidays, by 1 September. However, only a few opinions have been submitted.

France raised the glyphosate debate up a notch last month when Environment Minister Nicolas Hulot announced Paris would vote against the renewal of the weed killer.

However, Agriculture Minister Stephane Travert has not yet publicly stated his opinion, emphasising that more time was needed to find a reliable substitute.

On the other hand, the UK and Germany have clearly backed the reauthorisation. German Chancellor Angela Merkel publicly supported it at the German farmers’ day in July. However, there is no official German government position yet.

In the light of the Commission proposal and ECHA’s new scientific evidence, some member states, which had been reluctant and abstained from the vote, now have a clearer picture of the situation, the EU diplomat told EURACTIV, adding that the final outcome was still impossible to predict.

The 28 member states will vote on the EU executive’s proposal at the next Phytopharmaceuticals (PAFF) meeting on 5-6 October. In the event an agreement is not reached, an unofficial deadline is a vote at a ScoPAFF meeting on 6 November, as the glyphosate license is due to expire at the end of 2017.

Some sources have suggested that there will only be a vote and no discussion at the ScoPAFF meeting.

In the event glyphosate is banned, the diplomat said there were two other herbicides that could replace Monsanto’s Roundup – Syngenta’s Reglone and Bayer’s Basta S – but they are expensive and EU farmers will lose a “cheap and effective solution”.

Such a scenario would increase overhead costs for farmers and encourage the creation of a black market, as glyphosate will continue to be produced in third countries.

“We should expect the illegal use of the weedkiller if it’s banned,” the diplomat concluded.

In response to this article, Dr Angeliki Lysimachou, an Environmental Toxicologist for the Pesticide Action Network Europe, commented, "In reality, France is just applying the EU law that aims to provide a high level of protection for humans and the environment from harmful pesticides and that's exactly what all member states should do. There are enough scientific studies showing that glyphosate and glyphosate-based products cause adverse effects in humans, animals, wildlife and the environment to ban this substance for good."

"The case of glyphosate reveals that the agrochemical industry dominates the decisions at the European Commission and member state level. This highly profitable private sector is pushing to perpetuate an agricultural model, which depends on the use of toxic chemicals that destroy our environment, make our lands infertile and put the health of farmers, their families and of the consumers at risk. France appears to be willing to put an end to this model," she emphasised.