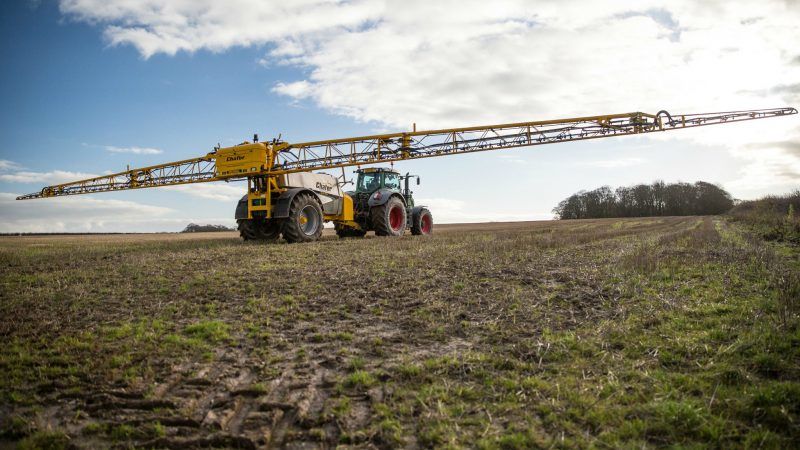 Macron said in November glyphosate would be banned in France within three years, rejecting a European Union decision to extend its use for five years. [Chafer Machinery / Flickr]

Macron said in November glyphosate would be banned in France within three years, rejecting a European Union decision to extend its use for five years after a heated debate over whether the Monsanto-developed weed-killer causes cancer.

The announcement of the ban caused an outcry among farmers who rely on it heavily, saying three years was too soon to find an economic and environmentally viable alternative.

Macron said on Thursday the exemption would likely concern 10% of cases, while solutions could be found for the other 90%. He also called for more immediate research.

“I will never impose a ban if there is no credible alternative,” Macron said in a speech to farmers in the Auvergne region in central France.

“We cannot leave a farmer without a solution or with a solution that would not be tenable because someone else nearby would not have the same constraints.”

French agriculture research institute INRA said in a report in early December alternatives to glyphosate, such as additional weeding and ploughing, could be found in most cases.

Macron said more research was needed in some areas, particularly for soil conservation or hillside crops, but with the principle that “I will never impose an exit if there is no credible alternative.”