Over the past 30 years, the harvest of France’s Languedoc wines has progressed by three weeks and the alcohol content of the wine has risen by four points. Faced with the already sensitive impact of climate change, the region’s winegrowers are adapting their practices and grape varieties. EURACTIV France reports.

As the thermometer rose to 46°C last summer, bunches of grapes and leaves toasted in Robin Williamson’s vines of his Domaine de Saumarez in the Hérault region of France, which led to him losing half his harvest.

Although 2019 was one of the most devastating years for Languedoc wine, it was not, however, the first manifestation of climate change in the region. “Some years, we harvest as early as mid-August, although the harvest used to be in September,” said the winegrower.

This observation is confirmed by Jean-Marc Touzard, a researcher at France’s National Research Institute for Agriculture, Food and the Environment (INRAE).

The rise in temperatures is responsible for an average three-week delay in harvesting since the 1980s, Touzard confirmed. The heat also changes the nature of the fruit, which contains more sugar and less acid. As a result, wines that used to have an alcohol content of around 11°C are now at 14°C or even 15°C.

For several years now, Robin Williamson has been experimenting with different techniques to protect his vines from stress during the summer period.

“For example, I increase the organic matter in the soil to better retain moisture, by sowing legumes in the autumn between the rows of vines and burying them in the soil in the spring,” explained the farmer. Others are turning to irrigation, although according to Jean-Marc Touzard, this process should be used “as a last resort” in order to limit irrigation in times of drought. 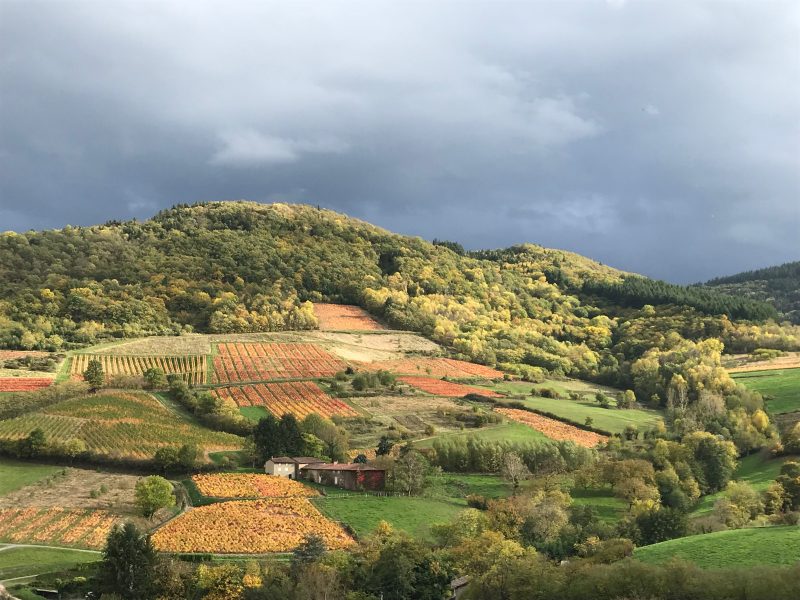 Proud of their wines, Europeans are also concerned about the industry’s widespread use of pesticides, while winemakers themselves will have to adapt to rising temperatures. From Bordeaux to Riesling and Champagne, EURACTIV takes a look at changing wine-making practices.

Numerous experiments are carried out on the plots and in the barrels.

Some of them give preference to manual practices, such as goblet pruning which shades the bunches, while others resort to more technical ones. They either use temperature sensors in the vines, de-alcoholise the wine with membranes or correct acidity levels through electrolysis.

The choice of grape varieties is also part of the adaptation strategies.

Some varieties, such as Grenache or Carignan, are more resistant than others, such as Syrah for instance. Grape varieties planted in more southern regions in Italy, Greece or Spain for example, are also beginning to interest French winegrowers.

Robin Williamson has planted Sangiovese, which is “an Italian grape variety that naturally has a higher acidity and makes a less alcoholic wine”. “Older, later varieties, such as Picpoul Noir, are also becoming interesting again. And according to Touzard “new hybrid varieties developed by INRAE,” are also of interest.

The designations of origin are keeping pace with the change and authorising certain grape varieties despite them being absent from traditional recipes.

The registered designation of origin “Languedoc” has thus accepted since last year that the wine may contain “for the purpose of adaptation” new grape varieties as long as these account for no more than 10% of the volume.

“These are all solutions that will allow for adaptation in a scenario where the temperature will increase to over 2°C by the end of the century,” Touzard pointed out. “However, if the average temperature rise reaches 4°C, it is likely that vines will disappear from the region,” he added.

However, winegrowers are confronted with yet another difficulty: keeping wine lovers happy.

“Languedoc wines are more alcoholic with a taste of ripe fruit, while demand is turning more towards lighter and fresher wines,” notes Jean-Marc Touzard.

It is also difficult to predict how consumers will respond to the new grape varieties.

“We made a top-of-the-range cuvée with the Sangiovese to give our customers a taste of it. The bottles are going well but it remains a niche market,” said Robin Williamson. “In order to have a lighter wine, we can bring forward the harvest, which gives a sparkling wine, which again is not usual,” he added. 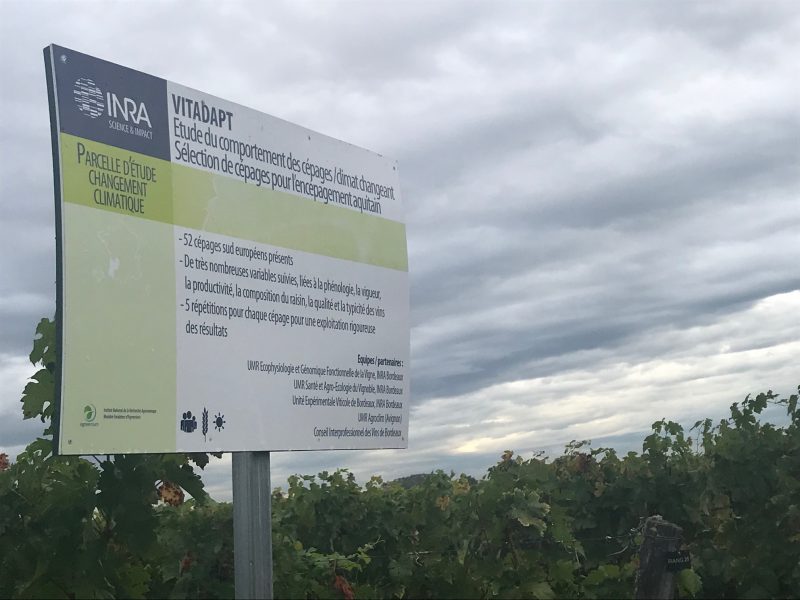 Fewer chemical inputs tend to make the vine more robust and also ensure the terroir is better expressed in the wine’s aroma, according to experts. France’s vineyard sector is also interested in new grape varieties that are resistant to heat and disease. EURACTIV France reports.