While fish stocks on the Atlantic coast have increased, the overall situation in the Mediterranean remains worrying according to the report. "The Mediterranean is an area of interest for different actors, different countries," said Ifremer's scientific director, Clara Ulrich. [Rich Carey_Shutterstock]

The French institute for sea exploitation, known as Ifremer, appeared optimistic when presenting its 2020 report on the state of fish stocks caught in France, but they still called for continued efforts, particularly in the Mediterranean where the situation is more worrying. EURACTIV France reports.

Twenty years ago, only 15% of the fish caught in France came from sustainably exploited stocks, compared to the 60% recorded in 2020 – a positive development, according to Ifremer researchers.

Every year, the institute takes stock of the fish stocks caught in France, because there is no guarantee that French waters will always be filled with fish in the future.

Lfremer biologist Alain Biseau warned during the presentation of the 2020 report that “overfishing has considerably reduced our fish stocks in recent years”. “Some 21% of the fish caught in France still come from overfished populations”, he added.

According to the 2020 assessment that paints a relatively encouraging picture, the situation in our oceans must nevertheless continue to be “scrutinised under a magnifying glass”.

Apart from overfishing, France is failing to comply with the objectives of the EU’s Common Fisheries Policy (CFP), under which the EU had committed itself to have by 2020 100% of the stocks fished comply with “maximum sustainable yield” levels.

However, neither this objective nor that of the Marine Strategy Framework Directive – which requires EU countries to develop strategies to ensure the “good environmental status” of fish stocks – is currently being met. 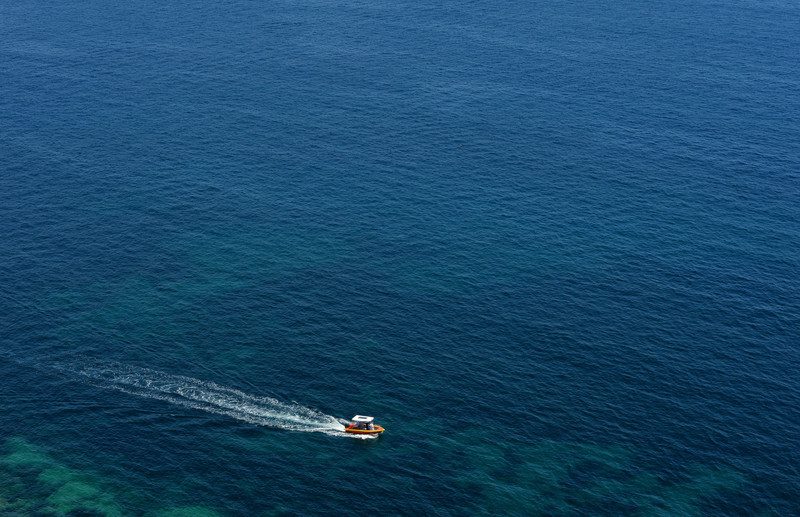 Only 1.5% of France's waters are truly protected, expert says

Although the state of fish stocks is gradually improving in France, Ifremer’s president pointed to the “progressive degradation of fish stocks” globally. “What happens at the far end of the world,” he said, will necessarily end up impacting us, given that “our ecosystems are so interdependent”.

This contrast is also apparent on French coasts. While fish stocks on the Atlantic coast have increased, the overall situation in the Mediterranean remains worrying, according to the report. “The Mediterranean is an area of interest for different actors, different countries,” said Ifremer’s scientific director, Clara Ulrich.

“Admittedly, as far as bluefin tuna is concerned, stocks and fishing have greatly improved. But this is not the case for many other species: sardines, anchovies, red mullet, hake…” she added.

With its elongated body and light grey hue, hake was once an emblematic fish of the Mediterranean Sea. In 2020, Ifremer classified the Mediterranean hake among the “collapsed populations,” but pointed to “the specific management plan for the restoration of hake populations”, which “has had a very encouraging impact on fish stocks,” according to Ulrich.

A fisheries management plan for the Mediterranean

“This year, the hake in the Bay of Biscay was classified as ‘in good condition’, whereas it had almost collapsed 20 years ago. People react very quickly to changes in fishing pressure,” the researcher added. However, what remains to see is the political will to implement them.

Concerning hake and red mullet in the Gulf of Lion, France, Italy, and Spain have committed themselves within a fisheries management plan for the western Mediterranean in 2019 to temporarily close certain areas to protect young fish and reduce their trawl catches by 30% by 2025.

Trawling is subject to increasing criticism, with environmental associations criticising the practice for contributing to the fishing industry’s industrialisation and having an impact on marine resources.

A map recently published by France Nature Environnement, the French federation of associations for the protection of nature and the environment, recorded more than 415,000 hours of “destructive fishing” in the protected marine areas of the Bay of Biscay between 2015 and 2018, involving bottom trawling, gillnetting and dredging.