In her TV documentary, produced for EURACTIV Bulgaria and TV channel TV+, Ahchieva revealed how hundreds of acres of agricultural land in the village of Dabovo are cultivated with soybeans, but only on paper.

As she visited the locations, it became clear that soybeans were scarce and that the land is overgrown with weeds. Nevertheless, the landowners have applied and received EU subsidies for cultivating organic soybean.

In her film, Ahchieva highlighted the statement made by Agriculture Minister Desislava Taneva during an online meeting with agriculture workers in June, where she advised them not to divulge fraud with EU funds. 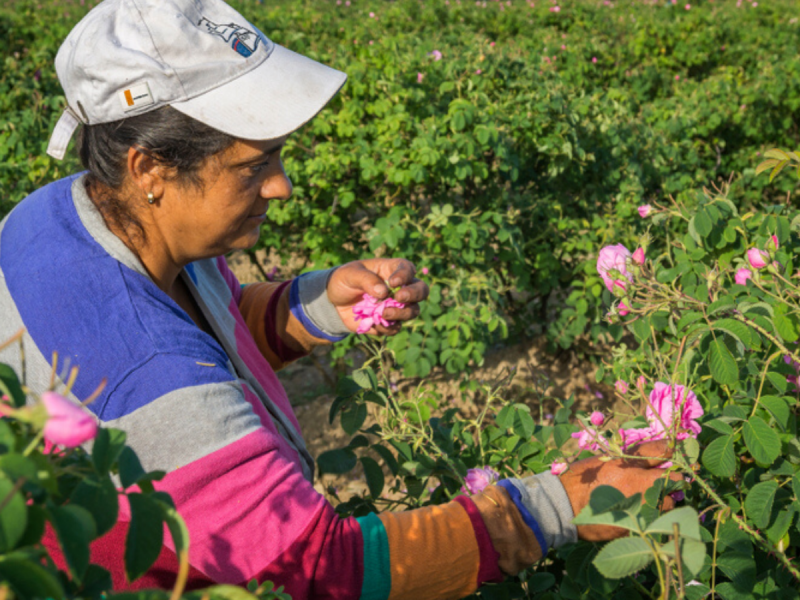 In today’s edition of the Capitals, find out more about the protests in Germany prompting the political discussion on race relations, Croatia being ready to adopt the euro, and so much more.

So Ahchieva went on location to check what the land cultivated with bio-soy, subsidised under measure 11 of the Rural Development Program, looks like. The area was said to have been inspected in June by a certification company, which found no irregularities.

The land tenant, a local company named Silmik, had applied for financial support under measure 11 for the cultivation of organic soybeans. The funds were aimed for two plots near the village of Dabovo, in the region of Stara Zagora.

Ahchieva and her TV crew visited the respective fields twice, where little seemed to grow except for giant weeds and the odd, weak soybean stalk, although it was harvesting time.

She tried to contact the company, which has a farm and an office in the village. The only person who agreed to talk – a tractor driver who gave his name as Hristo – confirmed that they do grow soybeans, and neither spray nor fertilise them. “That’s why it’s bio, and that’s why there are weeds” he explained, adding that “the cows ate the soy”.

The Municipal Agricultural Service in the nearby city of Maglizh confirmed that there were no field inspections in these areas this year because the areas are subject to aerial photography supervision.

The Ministry of Agriculture later provided photos, from which it is not possible to ascertain that soybeans are cultivated, let alone if the requirements for organic farming are met.

Seen from an airplane, as the EU allows, there is little difference between weeds and soy, or between harrowing and ploughing, as the land just turns from green to brown.

So it takes just a bit of harrowing to get agricultural subsidies for lands that are not being cultivated. And it works. Land barons do it all the time.

The State Fund ‘Agriculture’ confirmed that Silmik is on their risk list. Some of the inspections established that there was no fraud, other reports were sent to the prosecutor’s office. This year, however, the fields had not been inspected because there was a lack of physical capacity to cover the entire country.

The Fund later clarified that Silmik is not entitled to support, although it has formally applied for it, because it is in breach of contract and will have to reimburse all funds received for the ongoing period, the equivalent of €48,000.

Ahchieva sought to clarify who and how weed-covered fields have been certified as areas sown with bio-soy and got hold of a report showing that the certification company in this case is “Serres – Certification of Environmental Standards” – an international company headquartered in Germany.

Serres’s office in Sofia replied that the inspection was made at the end of June. Soy was 10cm high, no banned products were used and there were no discrepancies. The certificate was issued without any problems. It said that the area of about 64 hectares can produce up to 128 tonnes of bioproducts, translating into 200 kg per 1,000 square meters.

This certificate allows the company to sell up to 128 tonnes of organic soybeans, which it probably has not produced but can find elsewhere.

It remains to be seen whether the Agriculture Fund’s Anti-Fraud Directorate will move to find out whether this is an attempt at fraud with EU funds or whether this will remain another hidden case in a country where corruption is rampant.

The best chance for an investigation is if the newly established European Public Prosecutor’s Office steps in, in a procedure that is a novelty for the European Union.

One response to “Fraud with agricultural funds in Bulgaria: Will EU prosecutor take notice?”