In another recent experiment that attempts to shift the agricultural discussion, young farmers have opened a hotline to answer consumer questions. Launched in September 2019, Ici la Terre is a toll-free number that allows one to talk to farmers, who are wanting to shake up preconceived notions about agriculture. EPA-EFE/Julien de Rosa

With this year’s Salon International de l’Agriculture taking place in Paris soon, the image of the agricultural sector is at the heart of farmers’ concerns, as they are struggling to recruit and complaining about so-called agribashing, a trend of disparaging farmers and their work. EURACTIV France reports.

Among the many issues at stake in French agriculture, the sector is facing serious problems when it comes to recruitment. The seasonality and hardship of agricultural employment can sometimes discourage potential candidates.

“Our sector is recruiting, we offer one million fixed-term contracts, 32,000 permanent contracts, and we train 80,000 apprentices every year, but we still have 70,000 unfilled positions,” Christiane Lambert, president of France’s main agricultural union FNSEA, told a press conference.

The union wants to try to motivate vocational training, and to highlight the many courses on offer in France that are struggling to find takers. During the show, it will organise a “job dating” session to enable employers and candidates to meet.

The sector has also opted for this positive line of communication in order to turn its back on the avalanche of complex issues and problems often raised when talking about agriculture.

In another recent experiment that attempts to shift the agricultural discussion, young farmers have opened a hotline to answer consumer questions. Launched in September 2019, Ici la Terre is a toll-free number that allows callers to talk to farmers, who are seeking to shake off preconceived notions about agriculture.

The collective primarily brings together farmers from the greater Paris area, who want to put an end to what is known as ‘agribashing”, a term that refers to the denigration of farmers and their practices. 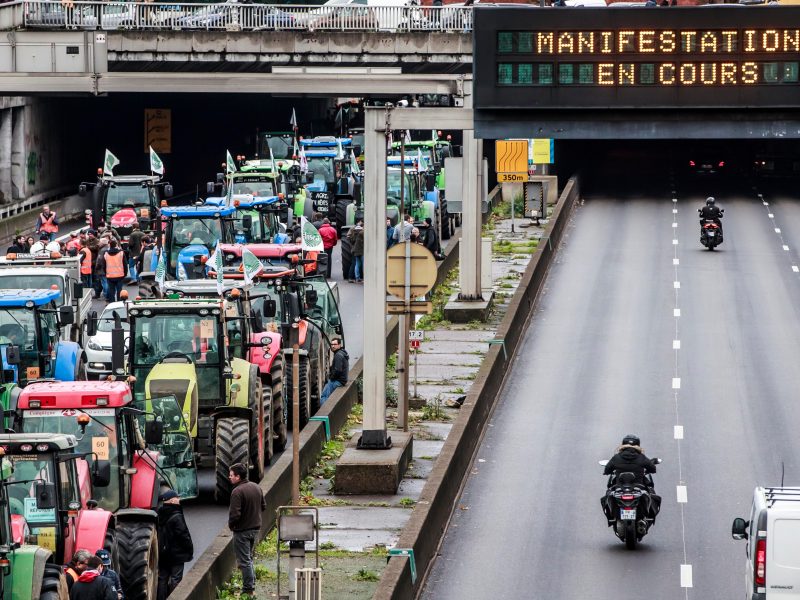 The group, which brings together more than 400 people on its Facebook page, and a little less on Twitter, has also denounced a series of political choices, such as that of authorising palm oil as biofuel, which potentially penalises rapeseed producers, who contribute to the biodiesel industry.

However, the term ‘agribashing’ itself is disputed. On the one hand, the French have a good image of agriculture and farmers, as shown by an Odoxa poll conducted for Le Figaro in 2019, since eight out of 10 French people have either a good or a very good image of the sector.

And on the other hand, incidents of clashes or violence against farmers tend to be exploited by two unions, the FNSEA and the Young Farmers, against a third one, known as the ‘Confédération Paysanne’ (the peasant confederation).

These groups represent two radically different models of agriculture: one intensive and traditional, the other more artisanal and environmental, which raises genuine questions about the agricultural model of tomorrow.

And this debate is not limited to France, as the European Commission’s DG Environment also proposes a vision of biodiversity and climate protection that is far removed from what DG Agriculture is currently defending.