France, which is the primary beneficiary of funding under the EU's agricultural policy, has made maintaining the CAP budget a political priority. Yet, the issue of reorientating CAP subsidies in favour of "greening" EU agriculture does not seem to be as pressing for Paris. [Christophe Petit Tesson/EPA/EFE]

In 2018 alone, the French government spent €400 million to reduce the use of pesticides, but their use was in the end higher. France’s public auditor is criticising the situation and calling for integrating agro-ecological transition objectives into the CAP. EURACTIV France reports.

France’s so-called ‘Ecophyto’ pesticide reduction plan, which was implemented in 2008, is far from having produced the expected results, according to a report published by the French Court of Auditors.

Despite “actions mobilising significant public funds”, these vast reduction plans “have not reached their objectives,” the French auditors said.

In a letter addressed to Prime Minister Édouard Philippe in November 2019, made public on 4 February, the Court of Auditors pointed out that “France must […] reduce the risks and effects of these products on human health and the environment [and] encourage […] alternative methods or techniques”, pursuant to the European directive that establishes a framework for the EU to achieve the sustainable use of pesticides.

But the result is far from the initial objective of reducing the use of plant protection products by 50% in ten years. And this objective, which has since been postponed to 2025, is far from being achieved.

“The use of products […] has, on the contrary, increased by 12% between 2009 and 2016”, the French auditors wrote. The figures published for the year 2018 confirmed that the sales volumes for phytosanitary products increased by as much as 21%. 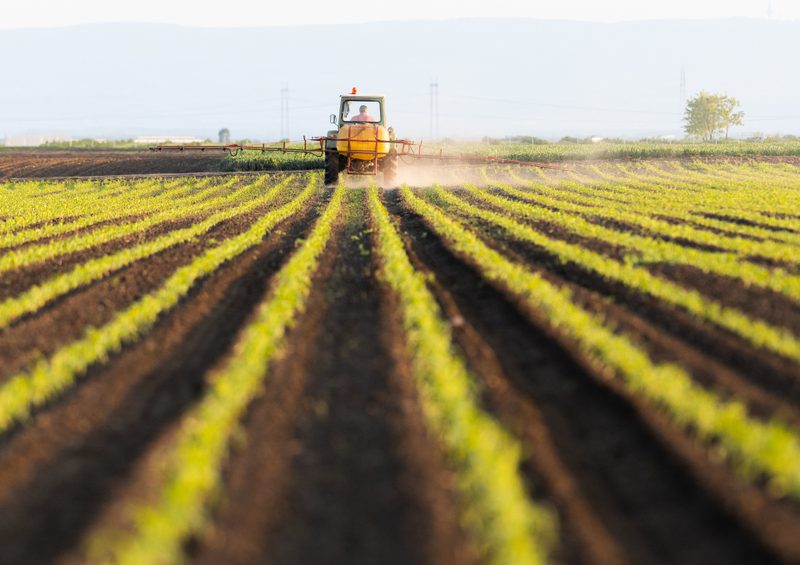 And yet, the public funds committed by the government to the Ecophyto plan are not negligible. In 2018 alone, €400 million were unlocked to ensure the use of plant protection products is reduced, according to the Court of Auditors’ report.

Among other things, the court recommended that the agriculture ministry introduces “in the negotiations of the new Common Agricultural Policy (CAP), a priority objective of reducing the use of plant protection products”.

Negotiations on the future CAP are ongoing at the European level, after having been slowed down by the European elections held in May 2019.

France, which is the primary beneficiary of funding under the EU’s agricultural policy, has made maintaining the CAP budget a political priority. Yet, the issue of redirecting CAP subsidies in favour of “greening” EU agriculture does not seem to be as pressing for Paris.

The report proposes to integrate a bonus/penalty system into the CAP to encourage farmers to reduce their use of chemical inputs, in particular by taxing the use of fertilisers, pesticides and antibiotics.

Conversely, farmers would be remunerated for their environmentally virtuous practices, such as permanent grassland, crop diversification and the establishment of areas of ecological interest.

The other recommendations the Court of Auditors sent to the prime minister suggest that France should strengthen its funding framework for the Ecophyto plan, but also the transparency of its actions towards the public.

The government should, therefore, plan to make public all the resources made available to the Ecophyto plan as well as a map of the use of phytosanitary products in France.