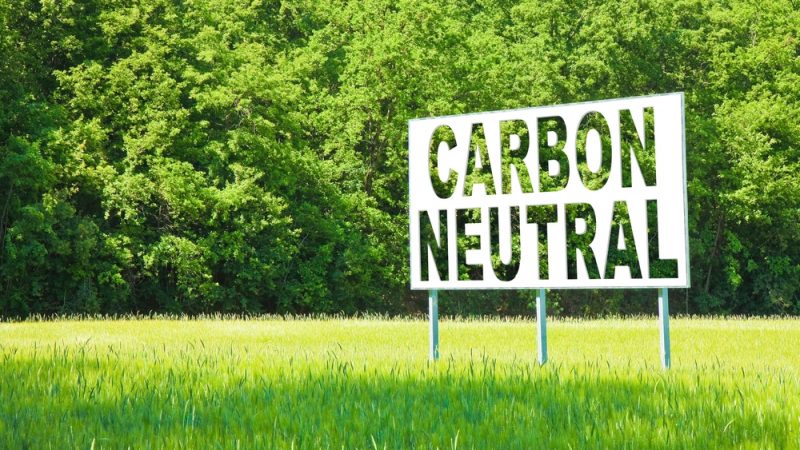 Conservation farmer: “With the deterioration of our climate, I realise that the approach I started taking 30 years ago is today bearing its fruits”. [Shutterstock/Francesco Scatena]

With its low carbon strategy, the French government aims to green agriculture through the development of carbon sequestration in soils. French farmers salute the strategy but call for stronger aids for the transition to be financially sustainable.

“Agriculture can play a decisive role for mankind through the capture of carbon in our soils”, French minister of Agriculture Julien Denormandie said in June, on the occasion of the launch of his ministry’s national action plan for adapting to climate change.

As greening agriculture, while also making it more resilient to climate change, is at the heart of discussions in line with the future Common Agricultural Policy (CAP), France has also taken individual steps to promote carbon farming these past few years.

Launched by the government in 2019, a Low Carbon Label allows the official certification of projects and engagements to reduce greenhouse gas emissions and capture CO2.

Farmers can obtain the label through different agronomic techniques, such as agroecology or conservation agriculture.

Labelled farms can then receive financial support from companies or local authorities wishing to offset their CO2 emissions through the so-called “carbon credits”, linking societal engagement to economic value for farmers.

In the framework of France Relance, the French recovery plan adopted to address the impacts of the COVID-19 crisis, the ministry of Agriculture is furthermore offering subventions to allow farmers to conduct a carbon diagnostic on their farm.

Endowed with €10 million, the measure launched in April finances 90% of the cost of carbon diagnostics for farmers having settled less than five years ago. It provides them with a personalised action plan to help them decarbonise their farms.

Finally, the national action plan for adapting to climate change adopted in June aims to “set a course for our agriculture and food system to collectively meet the challenge of our climate commitments and obligations”, according to Julien Denormandie.

One of the six major axes of this plan is to “develop the carbon sequestration potential of agricultural soils and forest and agroforestry biomass”, in other words, carbon farming.

“The agriculture-forestry-wood sector is of strategic importance for the climate by contributing to climate change mitigation through carbon sequestration”, the action plan reads.

Concretely, the ministry wants to develop measures to help increase ground cover and “agroecological infrastructures” such as hedges and support the development of Low Carbon methods through the label and carbon diagnostics.

Finally, the ministry announced it would look into ways of offering “direct financial valorisation” of farmers’ actions favouring climate change mitigation using a study to be carried out this year.

Developing soil life: a medium-term risk for a long-term benefit

“We’re in favour of the government’s Low Carbon strategy and are trying to turn it into an opportunity for farmers”, he added.

Bies-Péré explained that in the face of climate change, carbon farming could allow farmers to recover resilience and benefit from a “new source of income”.

However, while “we are aware that we need to advance because doing nothing is suicidal”, farmers could “use a little helping hand” with the necessary investments to adopt carbon farming measures.

Changing their ways represented a financial cost and a medium-term risk for farmers, he explained. He added that “when we change things, we need to wait several years before finding a new equilibrium and seeing positive feedback on our investment”.

In this period, financial aid – in the form of compensation for environmental services or higher consumer prices –and a strong political framework were necessary to sustain farmers during their evolution.

A similar view is shared by Hervé Mesnard, a French conservation farmer and professor of Agronomy at the University of Picardie Jules Verne.

“We need to make a living; that’s the purpose of the game”, Mesnard the owner of a Bayer reference farm, told EURACTIV. On his farm, he tests and explores different solutions put forward by the agrochemical giant to protect biodiversity and optimise farming practices.

To change an agricultural production system towards greener and more sustainable practices, “you need to invest at a loss for several years”, he said, underlining that as a conservation farmer “I take risks to work with nature, but if nature doesn’t cooperate with me, I fall flat on my face”.

Young farmers starting out today need help to shoulder the risks and investments of the first years, according to Mesnard.

On the other hand, “receiving a financial recompense or not doesn’t change my personal vision: what I am doing is a long-term investment with the aim to one day be able to pass on a more healthy and productive land”, he explained.

“With the deterioration of our climate, I realise that the approach I started taking 30 years ago is today bearing its fruits”, he continued.

“Be it draught or excessive rainfalls, soil life protects us. I’m engaging in carbon farming to increase the resilience and fertility of my land because the only way to suffer less from climate change is to develop soil life.”