Fruits and vegetables are the most wasted food products in France. [Steven Depolo/Flickr]

A new ADEME study covering France’s entire food supply chain, from production to consumption (both in and outside households), including processing and distribution, has revealed that the country wastes ten million tonnes of food every year.

Up to now, the scientific literature on food waste has focussed on certain important stages in the supply chain. The report published by the UN’s Food and Agricultural Organisation (FAO) in September 2013, for example, compared food production and consumption and concluded that one third of all food produced ended up in the bin.

In France, the Garot report, published in April 2015, highlighted the wastefulness of food distributors. This report led to the adoption of a law on 11 February this year, obliging supermarkets to give their unsold food to charitable organisations.

A number of associations, like France Nature Environnement (FNE), have for some time been calling for a comprehensive study to be carried out at national level.

Lifting the veil on producers

For the first time, this study compared the level of waste, in both tonnage and cost, produced at each stage of the food chain and sorted by agricultural sector.

The total cost of waste in France comes to €16 billion per year: 13% occurs in production, 14% in processing, 28% in distribution and 45% in consumption.

“It is often more financially rewarding to produce more and throw it away. The problem is that waste doesn’t cost anything,” said Pierre Galio, head of ADEME’s consumption and prevention department.

In terms of tonnage, the ratios look a little different: 32% is wasted in production, 21% in processing, 14% in distribution and 33% in consumption.

“Contrary to widely-held beliefs, waste and loss are not purely an issue with the consumer,” said Antoine Vernier, the study’s lead researcher. 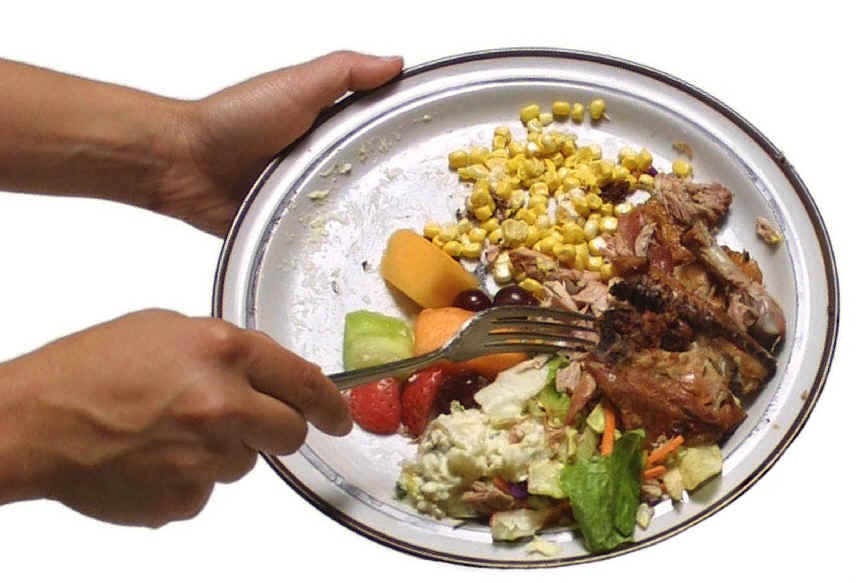 Germans throw away 82kg each in food waste every year, despite much of it still being edible. Minister of Food and Agriculture Christian Schmidt (CSU) wants things to change and to abolish the expiration date on packaging in favour of more scientific alternatives. EURACTIV Germany reports.

Knowledge of these facts could change the angle of on-going sensitisation campaigns, which are currently exclusively aimed at consumers in the general public. The three new awareness-raising television clips filmed by ADEME once again target consumers.

“The government no longer has an excuse.  It must replace the National Pact to Fight Against Food Waste, which is made up of non-binding and symbolic measures, with a precise action plan, broken down by sector,” FNE said in a statement.

Fruits and vegetables make up the bulk of wasted food products. “This is particularly true at the production stage, because they are easily damaged and are subject to seasonal windfalls and variations in market conditions,” said Vernier.

According to the ADEME study, animal products are discarded the most by consumers. The most wheat is wasted by distributors, during the bread-making process. And the most potatoes are wasted by processors.

The researchers are currently drawing up a list of the top 100 most wasted food products. Due for completion in November, it will be sent to distributors “in a confidential way”.

They also intend to evaluate the climate impact of food waste in France, which they estimate at 15.3 million tonnes of CO2 equivalent per year, or 3% of national greenhouse gas emissions.

These figures reveal the sheer scale of the issue. “By cutting annual waste from 96 schools by just one third, the General Council of the Isère department saved €1 million per year, which they have reinvested in higher quality products,” said Galio.