EU lawmakers asked for an immediate ban for non-professional use and use in public parks, gardens and playgrounds, and a five-year phasing-out period for all agricultural use. [UMP/Flickr]

It will be very difficult but not impossible to find an alternative to the controversial glyphosate weedkiller by the end of 2022, French MEP Angélique Delahaye told EURACTIV in Strasbourg after the European Parliament approved a five-year phase-out.

With 355 votes in favour, 204 against and 111 abstentions, the European Parliament stressed on 24 October that a full ban on glyphosate-based herbicides should be imposed by December 2022, and endorsed immediate restrictions on the use of the substance.

Particularly, EU lawmakers asked for an immediate ban for non-professional use and use in public parks, gardens and playgrounds, and a five-year phasing-out period for all agricultural use.

MEPs believe that a full ban should be imposed by the EU member states, which have the final say and discuss the issue at the EU Standing Committee on Wednesday (25 October).

A final vote on the case could take place anytime before the end of the year, when glyphosate’s license expires, the Commission has emphasised.

The European Commission’s initial proposal was to renew the controversial herbicide license for ten years, but following yesterday’s vote, spokesman Margaritis Schinas said, “Top officials asked our representatives to explore… if broad support is structured around a period of renewal of five to seven years.”

The executive has warned that it won’t unilaterally re-approve the substance unless a qualified majority of member states decide so. In addition, Health Commissioner Vytenis Andriukaitis has called on the EU 28 to stop hiding behind the Commission on the case and show responsibility by focusing on the scientific evidence.

Glyphosate producers like the giant Monsanto and others have already sent legal notifications to the Commission warning of further legal action in the event of a ban.

Delahaye, a negotiator of the European People’s Party on the glyphosate dossier in the Parliament’s environment committee, criticised the French government and other member states that oppose glyphosate’s re-authorisation, saying that it is a purely political position not grounded in reality.

“Member states should not be hypocrites suggesting an immediate ban and simultaneously tell farmers not to be afraid, ‘we will find a solution’ […] this is not pragmatic,” she said.

The centre-right MEP stressed that those who suggested a 3-year phase-out period couldn’t see the reality, as there is no viable alternative in the market. However, Delahaye believes there is a possibility of finding an alternative during the proposed five-year phase-out.

“Less than five years, yes, it will be very difficult to find an alternative, as it usually takes from seven to ten years. It’s a complicated and lengthy process,” she noted.

“But I think five years or more will also be difficult but not impossible in some cases,” she explained.

Activists handed the EU a petition signed by more than 1.3 million people on Monday (23 October) calling for a European ban on the weedkiller glyphosate, produced by chemicals giant Monsanto and others, over fears it causes cancer.

The Parliament’s non-binding decision was hailed by the green NGOs.

Meanwhile, activists gave the Commission on Monday a petition signed by more than 1.3 million EU citizens asking for a complete glyphosate ban due to fears that it causes cancer.

The European Food Safety Authority (EFSA) and the European Chemicals Agency (ECHA) have approved the re-authorisation but critics point at the International Agency for Research on Cancer’s (IARC) classification of glyphosate as “probably carcinogenic”.

Franziska Achterberg, Greenpeace EU food policy director, commented, “The Parliament clearly says that glyphosate has got to go. Although the phase-out periods are longer than technically needed, the Parliament’s proposal is a breath of fresh air.”

On the other hand, the Parliament vote angered EU farmers who insisted that the substance should be renewed for a period of 15 years.

EU farmers fear their overhead costs will be severely affected by a potential glyphosate ban and urge policymakers to focus on science and not politics.

Copa and Cogeca Secretary-General Pekka Pesonen said the decision gave a wrong signal to the public about the safety of this well-known herbicide.

“EFSA confirmed that there are no safety concerns vis-a-vis the use of this herbicide active substance. Plant protection products are used in Europe to produce safe, quality, affordable food supplies for a growing population. Without renewal, our farmers will be put at a competitive disadvantage vis a vis non-EU producers,” Pesonen warned. 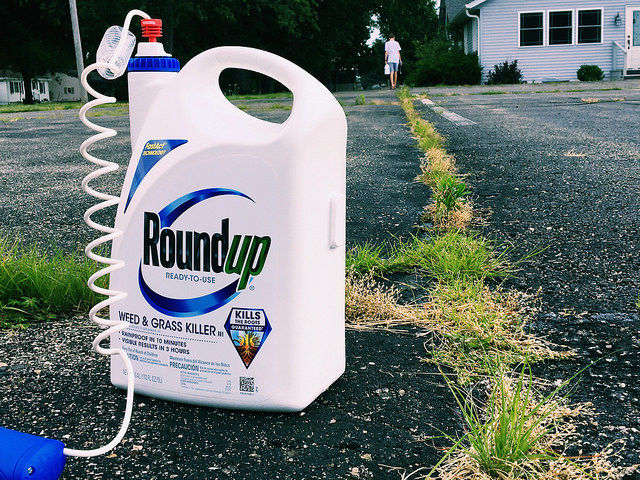 Miriam Dalli, a socialist MEP (S&D group) and spokesperson on health and environment, noted there was growing unease over a lack of transparency in the EU classification process and many concerns over the safety of the herbicide.

“Many academics argue that due to its high genotoxicity and carcinogenicity, it should be immediately withdrawn from the market.”

“We want harmful pesticides to be replaced and we want to give time to farmers to adapt,” she added.

For S&D group MEP Pavel Poc, the vote was a victory against multinational interests.

“We found a good balance with a five-year phasing out period so that EU farmers have the time to adapt before the new Common Agriculture Policy (CAP) phase starting in 2020.

Graeme Taylor, a spokesperson for the European Crop Protection Association, commented, "Given the calls to ban glyphosate, it is encouraging to see that the Parliament has voted yet again to re-approve it. That said, it’s a real pity that MEPs allow themselves to be influenced by NGOs who claim to represent public opinion, but only represent hostility toward industry, and more worryingly, hostility toward science."

"The proposed extension for 5 years is an arbitrary number which ignores the clear and unequivocal opinion of the EU’s own agencies on the safety of glyphosate. If the Parliament’s opinion truly followed science the clear conclusion could only be that glyphosate should be approved for another 15 years," he added.

One response to “French MEP: Difficult but possible to find glyphosate alternative in 5 years”