French wine to drop by 18% this year, announced the French Ministry of Agriculture on Friday, 25 August. [Videnko/Shutterstock]

The production of French wine is expected to drop by 18% this year due to the weather conditions, according to a statement by the French ministry of agriculture published on Friday, August 25. EURACTIV’s partner Ouest France reports.

The grape harvest is expected to decline by 18% compared to last year, due to a frost wave that affected all the wine-growing regions in the spring, the agriculture ministry said.

Scientists are warning that climate change is already threatening some the world’s most prized wines. Recurring heat waves since 2003 have alerted French winemakers to the need to counter climate change. 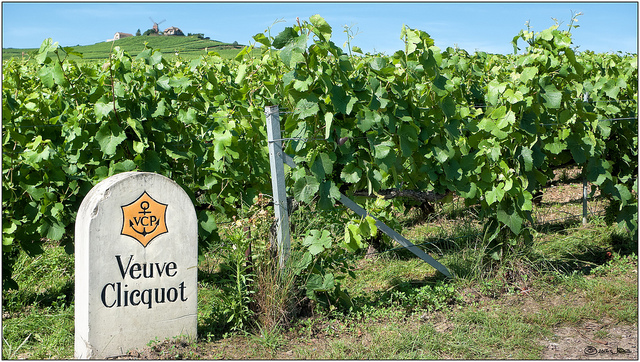 Amid the bustle of a busy harvest in France’s famed Beaujolais wine-making region, a quiet effort is underway to counter one of the industry’s biggest potential threats: climate change.

“The wine harvest could reach 37.2 million hectoliters in 2017, a level that is 18% lower than in 2016 and 17% lower than the average of the last five years,” the ministry statement said.

Severe frost in the spring

This fall in production comes after the previous year was already marked by climatic incidents and a double-digit decline in production, which made the 2016 harvest one of the lowest in the last 30 years.

This year’s decline “is mainly attributable to the severe spring frost, which affected all the wine-growing basins to varying degrees at a sensitive stage for the grapevine” the ministry said.

The basins of the South-West (particularly in the Bordelais), Charentes, Alsace and Jura were the most affected.

Vineyards in certain basins (mainly the Loire Valley) have been able to partly offset the losses, but not everywhere: “Losses in Burgundy-Beaujolais, South-West, Languedoc and Southeast have negatively affected overall production,” the statement said.

Drought was another aggravating factor. Drought has intensified in the vineyards of the South-East, Corsica, Languedoc and Beaujolais” and this, combined with the heat wave and the wind, mainly in the Rhone valley, has led to a downward revision of the estimate for these territories as well as the national estimate.

As a small consolation, drought helps winemakers with pest control and the ministry said the pressure of diseases was “low in most regions”.

In response to the heat wave, the first harvests began 10 to 15 days earlier in the Mediterranean zone (Languedoc, Roussillon, Southeast and Corsica).