Today, French supermarkets and hypermarkets account for 52% of the organic market. They overtook specialist retailers for the first time in 2018 and recorded growth of 235% between 2010 and 2019. [SERGEEVICH/SHUTTERSTOCK]

If the production of organic products continues to grow every year in France, mass distribution will supply even more of these products by 2022, according to an analysis note from the Xerfi Precepta Institute. But could such a development prove to be risky? EURACTIV’s partner Le Journal de l’environnement reports.

Will organic products feature on all shelves in 2022? This is highly probable, according to the Xerfi Precepta study.

While the turnover of the sector reached nearly €10 billion in 2018 (Agence Bio), it is on course to reach €15 billion in the next four years, which is a 50% increase. Such growth would be due to the expansion of the offer in stores and online.

Supermarkets in the lead

But this change of scale carries a significant risk: that of taking organic farming away from its original values, as the sector would be swallowed up by the major brands of conventional agriculture and supermarkets, the study warns.

Today, French supermarkets and hypermarkets account for 52% of the organic market. They overtook specialist retailers for the first time in 2018 and recorded growth of 235% between 2010 and 2019.

According to a “high-growth” scenario, this sustained growth will continue and will increase tensions on the upstream part of the sector, which is struggling to structure itself rapidly.

As a result, the rise in imports is likely to increase, while the risk of resorting back to conventional production methods could increase tenfold.

This is best illustrated by the case of heated greenhouses for the production of out-of-season fruit and vegetables, a practice which ended in July. It nevertheless resulted in favour of organic values and the ban on producing food without respecting its natural cycles.

Another trend is the shrinking price differential between organic and conventional products.

In this scenario, supermarkets will confirm their growth in the sale of organic products (around 17% in 2022), causing a steady slowdown in the growth of sales of specialist retailers (5% in 2022) and an increase in direct sales (9% in 2022) driven by the growing number of farms.

Large and medium-sized supermarkets should also focus on the strategy of distinct brands since the capitalisation on brand names (Carrefour Bio, Auchan Bio and Marché Bio E. Leclerc) has proved to be inconclusive.

On the contrary, Intermarché has recently joined forces with Comptoirs de la Bio, while the Casino group got its hands on Naturalia in 2008. “Other mergers between food and organic brands should take place in the coming months,” according to Xerfi.

In a “low-growth” scenario, the purchasing power of the French will show a clear deceleration. In this hypothesis, the gap between the large and medium-sized supermarkets and specialist stores will be reduced if retailers wait for an upswing.

But if they go on the offensive, they could, on the contrary, increase their recourse to external supplies and more intensive production methods. As a result, the market will split in two, and the French will be faced with a two-speed organic market.

The online market would have an important role to play

Another novelty is that a new market is expected to emerge online. Start-ups like Aurore Market, Kazidomi and La Fourche are already offering organic products at discounted prices, up to 50% cheaper than in stores.

But such a trend would not guarantee local production unless the usable agricultural area cultivated organically is also moving up a gear.

In 2019, organic farming only covered 7.5% of France’s usable agricultural area. 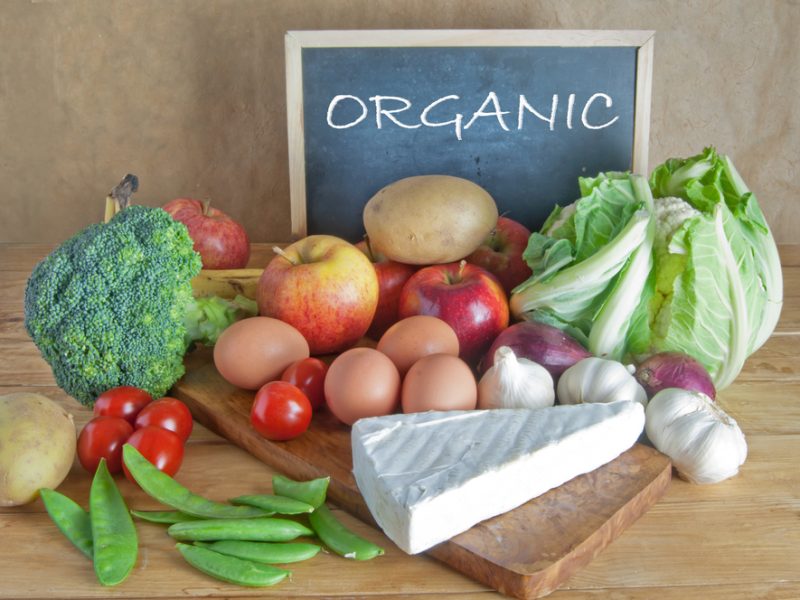