Gene editing does not involve genomic changes from one species to another, but it simply accelerates modifications that could happen spontaneously in nature, said MEP Paolo De Castro. [SHUTTERSTOCK]

The socialist vice-chair of the European Parliament’s AGRI Committee foresees that, when it comes to agricultural innovation, the debate around the so-called new plant breeding technique (NPBTs) involving genome editing will steal the show in the next legislative term.

Genome editing will go hand in hand with agriculture 4.0, precision farming, the use of drones, new farming practices and other innovative technology that could speed up the process of sparing the use of chemistry from crops, he said.

However, he continued, the NPBTs remain the last big puzzle in terms of regulating the innovation in farming and should be definitely addressed in the forthcoming five years.

In a ruling that pleased environmentalists, the European Court of Justice said last July that organisms obtained by mutagenesis, or gene editing, plant breeding technique are genetically modified organisms (GMOs) and should, in principle, fall under the GMO Directive.

The industry and the farmers warned about economic consequences of this verdict, while environmentalists welcomed it and said it prevented “new GMOs” from entering the EU through the back door. But that may not be the end of the story.

“The next Parliament will soon become aware that, after the ECJ ruling, there is a need to legislate again on the issue,” De Castro said.

The current EU rules, he added, leave the member states in a hazy state without clarifying differences between transgenesis and mutagenesis and the ECJ ruling only worsened the situation, leaving the ball further in member states’ field.

In a recent interview with EURACTIV, Health Commissioner Vytenis Andriukaitis also called for a new legal regulatory framework for the NPBTs.

“Gene editing has nothing to do with Frankenstein food or GMOs,” De Castro repeated, adding that it does not involve genomic changes from one species to another, but it simply accelerates modifications that could happen spontaneously in nature.

He added that genetic modification could be a crucial innovation because it could help curb the use of pesticide, but also reduce the environmental impact of agriculture and plant stress caused by water scarcity, thereby tackling climate change as well.

“A large part of our hopes in farming innovation comes from genetics, that’s why the EU needs to solve the problem caused by the ECJ judgement,” he said.

However, De Castro will not be one of the MEPs that will debate on the matter in the next legislative term, as he announced that he will not run for Parliament again.

In an interview with Italian daily Corriere della Sera, he said the main reason for his decision is the wish of Nicola Zingaretti, the newly elected Partito Democratico leader, to have the former minister Carlo Calenda as the leading candidate in De Castro’s constituency.

“It is clear that the choice to bid on Calenda as the leading candidate has put me in a position not to run again,” De Castro explained, adding that he would still support Calenda and help his campaign.

De Castro said there was no rancour on his part, but added that he would have agreed to run for the third time if Zingaretti had asked him to. 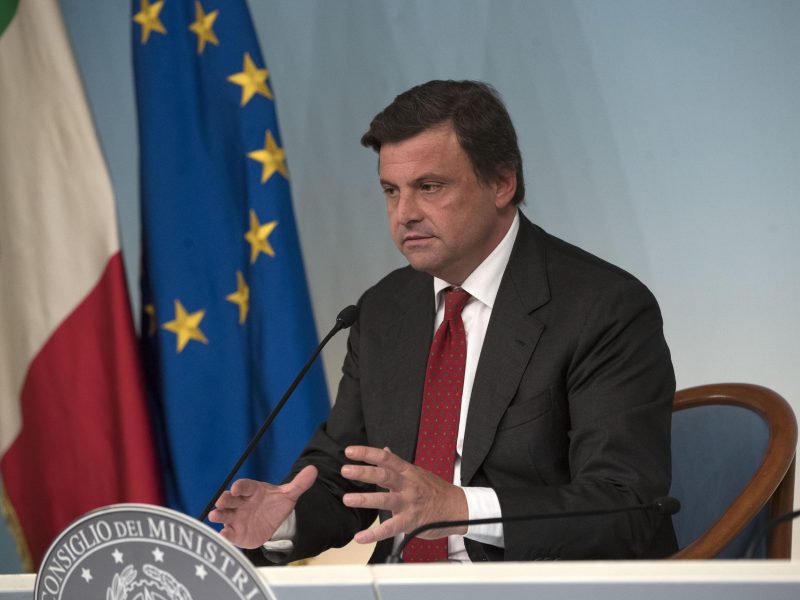 Carlo Calenda, a prominent liberal democrat affiliated to centre-left Partito Democratico (PD), wants his new platform ‘Siamo Europei’ to help create a single pro-EU list for the upcoming elections. EURACTIV.com spoke with him on the sidelines of his platform’s manifesto launch in Brussels last week (19 March).