Farmers in Germany who have suffered harvest losses of 30% or more due to the ongoing drought will get a total of €340 million in state aid, a half of the estimated damage, Agriculture Minister Julia Klöckner told a press conference in Berlin on Wednesday today (22 August).

The proposed figure is well below the demand made by the German farmers association of one billion euros in aid. The last time Berlin agreed to financially support farmers was in 2003 when it unlocked €80 million to eight states, or Länder.

Klöckner said that after assessing the latest data, her ministry calculated that damages caused by the on-going drought for the German agricultural sector amount to a total of €680 million, with around 10,000 farms, or one out of 25 farms, affected so badly that their existence is threatened.

The Federal State will contribute half of the total amount, the 16 German Länder the other half, with the condition to qualify for state-aid being to register a 30% or more harvest loss, she specified.

“The Federal government cannot pay for everything,” the minister stressed.  “The numbers show that this year has shown the lowest yields for cereals since 1994,” Klöckner also said, underlining that the situation varies greatly from region to region. 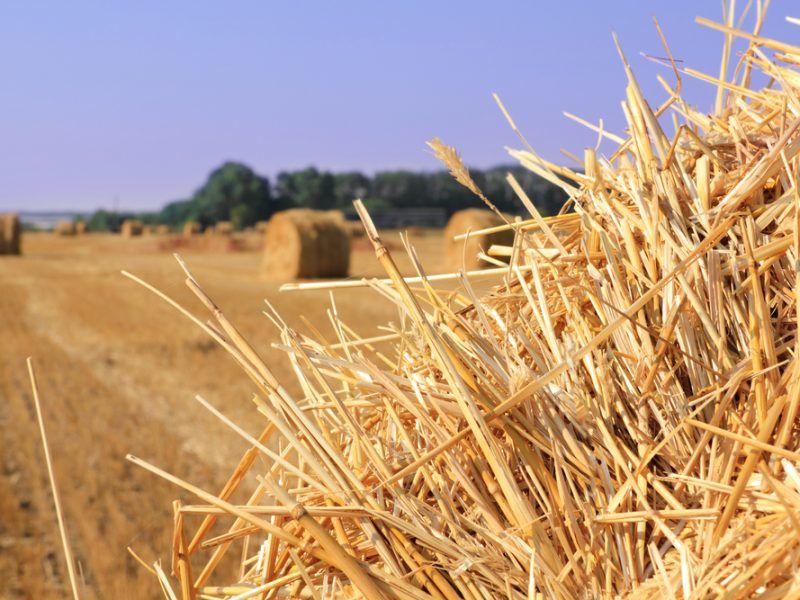 Losses of up to three billion euros

Speaking at a separate press conference held shortly before Klöckner’s, the president of the farmers’ association, Joachim Rukwied, released figures that put cereals yields in 2018 at 35.6 million tonnes.

Eight Länder, mainly in the north and east of Germany, the regions the most affected by the drought, have reported losses of up to three billion euros, he said, adding that for many farmers, the mood was “very bad”.

“The purse is empty, the mood depressed,” he said, qualifying 2018 as a “very bad harvest year”.

During the past few weeks, his organisation has called for financial aid of up to one billion euros. It also asked that farmers facing a harvest drop of 30% or more to be helped, a demand that Berlin met with today’s announcement.

As a result, dairy farmers are reducing their production while they are obliged to buy additional food supply for their cattle at a much higher price. “They are currently using animal feed grass initially stored for the winter feed and it is coming to an end,” he explained, adding this situation also puts the animal farming sector under pressure.

German farmers, as well as their EU counterparts, will also get support from the European Commission.

Responding to a request sent by MEP Michel Dantin (LR, EPP), Agriculture Commissioner Phil Hogan confirmed that he was considering additional measures, including derogations on feed production, to help farmers in the EU cope with the drought of recent weeks.

On 6 August, the European Commission decided to grant EU farmers more flexibility in implementing the green requirements in order to face alarming droughts across Europe, the executive said in an announcement.