If Germany does not submit a draft amendment to its fertiliser regulation within the shortest of delays, it will be threatened with fines as high as 850,000 per day. EPA-EFE/CLEMENS BILAN

Environment Minister Svenja Schulze (SPD) has sent a letter to Agriculture Minister Julia Klöckner (CDU), in which she attacked Klöckner for not reacting promptly to the European Commission’s criticism of Germany’s excess nitrate levels in groundwater.

In the letter, quoted in the weekly news magazine Der Spiegel, Schulze wrote that in the “current very tense situation, this should not further endanger the preparation of a new fertiliser regulation, in an obvious effort to distract from one’s own failures”. 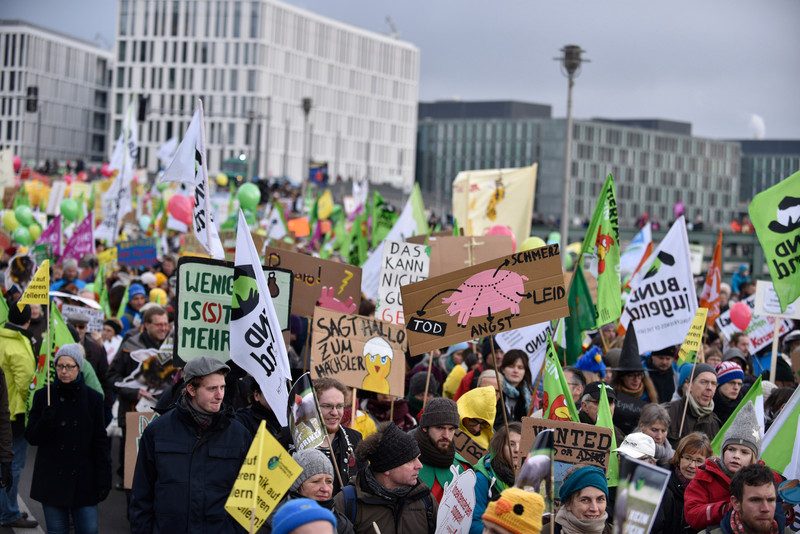 If Germany does not submit a draft amendment to its fertiliser regulation within the shortest of delays, it will be threatened with fines as high as 850,000 per day.

Two weeks ago, it became known that the draft bill, which had been prepared after intensive negotiations between the two ministries, still did not meet the European Commission’s demands.

This means that it now has to be renegotiated – but the process is dragging on.

Although the Commission is regularly updated about the draft’s progress, the EU executive seems to be increasingly losing its patience. According to Klöckner, they are now “extremely critical and no longer willing to talk”.

“We feel the pressure because the fertiliser regulation should be implemented by June at the latest,” said a spokeswoman for the agriculture ministry. Failure to do that will activate a second phase of the ongoing proceedings at the EU level.

At EURACTIV’s request, the agriculture ministry confirmed its intention to send a final draft to Brussels this week. But the draft will not be discussed in the federal cabinet today (5 February).

Environment Minister Schulze believes the ministry of agriculture is to blame for the shortage of time.

Despite the European Court of Justice (ECJ) 2018 ruling that the current German fertiliser regulation and its 2017 amendment were insufficient, and despite the Commission’s request to introduce a new regulation within two years, Klöckner’s ministry had not acted sufficiently, she said.

“Your ministry did not react to this for months,” wrote Schulze.

‘The nitrate issue cannot just be measured away’

The conservative CDU/CSU is being accused of wanting to divert attention from the failures of the CDU-led agriculture ministry.

Last week, for example, the “farmers’ billion” promised by the grand coalition had been criticised as a diversionary tactic to help the election campaign of Bavarian Minister-President and CSU leader Markus Söder. 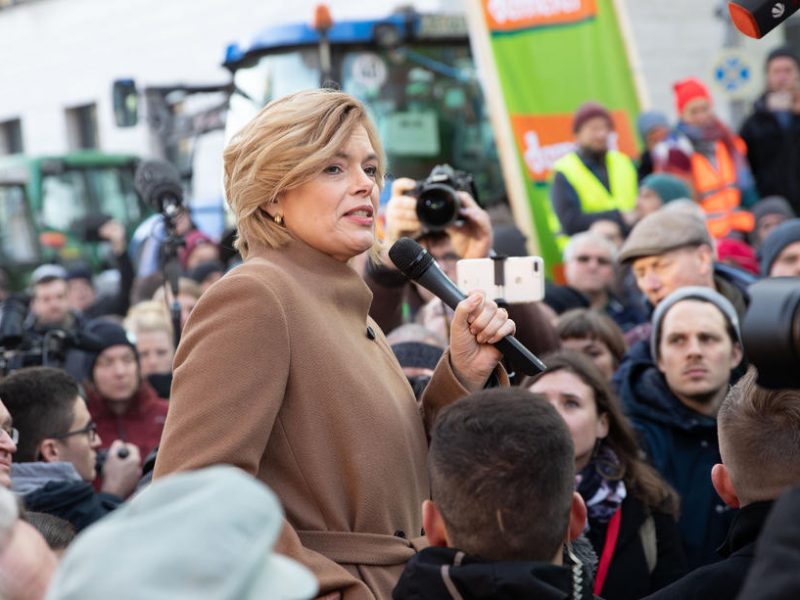 Germany’s grand coalition wants to support agriculture with €1 billion when stricter fertiliser regulations come into force soon. Farmers, however, are outraged, as they are demanding political action instead of money. Yet, the clock is ticking in Brussels and hefty fines are imminent. EURACTIV Germany reports.

And according to Schulze, the revived debate about nitrate measuring points is not relevant either.

Farmers have repeatedly voiced doubt about the validity of the German measuring point system, which checks nitrate levels in groundwater.

In the wake of the farmers’ protests, both Söder and Klöckner showed themselves open to an investigation of the measuring points, and the minister had appealed for more transparency on the subject in a letter to the CDU/CSU parliamentary group in the Bundestag.

However, the fact still remains that Germany must now present a new fertiliser regulation as quickly as possible, Schulze wrote in her letter.

According to Schulze, the Commission had never criticised faulty measuring points in Germany, “but insufficient fertiliser regulations, which are solely your responsibility”. Schulze even tweeted yesterday that the problem of high nitrate pollution could “not be measured away”.

If everything goes well and the Commission accepts the latest draft, the new regulation could be approved by the Bundesrat at the start of April.

The deadline for Germany to avoid EU fines for its excessive soil nitrate levels is fast approaching, but the Grand Coalition is at odds about how best to tighten fertilisation regulations.

In the face of on-going protests by farmers who …